National standards for e-cigarettes to take effect on October 1 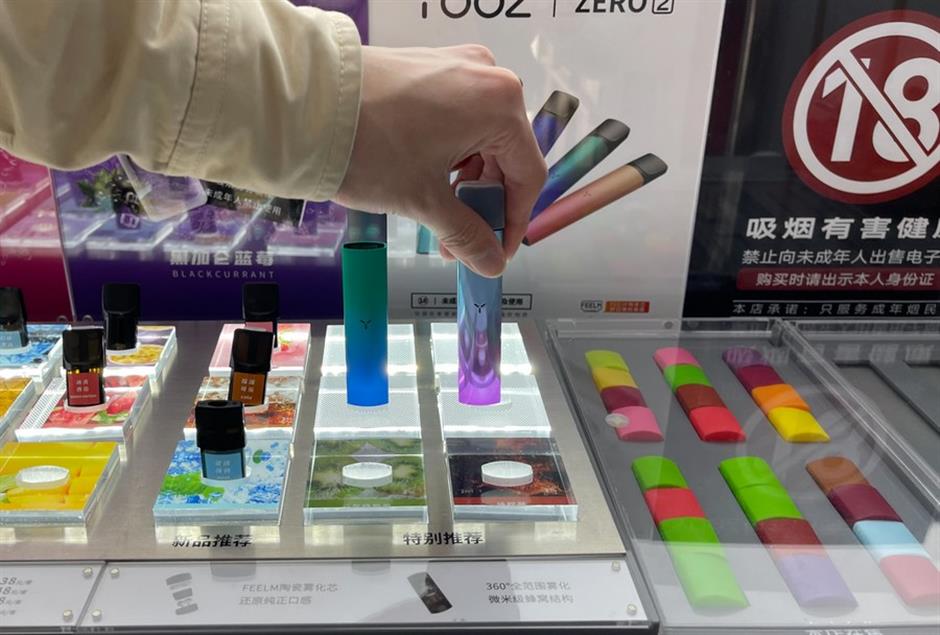 Photo taken on May 29, 2021 shows a consumer picking up an e-cigarette in a store in the city of Guiyang, capital of southwest China's Guizhou Province.

Dubbed as an access threshold for the industry, mandatory national standards for e-cigarettes will go into effect on October 1.

Electronic cigarettes must also have protection functions to prevent the devices from being turned on by a child or by accident.

E-cigarette sales outlets will not be allowed around primary and secondary, special education, secondary vocational or specialized schools, as well as kindergartens.

In recent years, due to regulatory gaps, the e-cigarette industry has seen disorderly development, with some products reporting problems such as unclear nicotine content and tobacco tar leakage, Xinhua news agency reported.

"China has the world's largest population of smokers and is the largest producer and consumer of tobacco," said Jiang Yuan, former director of the tobacco control office at the Chinese Center for Disease Control and Prevention (China CDC).

Adolescent exposure to tobacco is an integral reason for the growing ranks of Chinese smokers, and some stationery shops near primary and secondary schools have sold e-cigarettes to students under the table.

According to a survey released by China CDC in 2019, almost 70 percent of junior high students had heard of e-cigarettes, and the usage rate among the group was 2.7 percent, up 24.9 percentage points and 1.5 percentage points, respectively, from 2014.

Based on a report on the health hazards of smoking in 2020, Xiao Dan, director of the center for tobacco epidemiology and smoking cessation at China-Japan Friendship Hospital, said there is sufficient evidence showing e-cigarettes are unhealthy.

"The use of e-cigarettes, especially among young people, can adversely affect brain development," Xiao said. "Studies have shown that it will also increase the risks of cardiovascular and lung diseases."