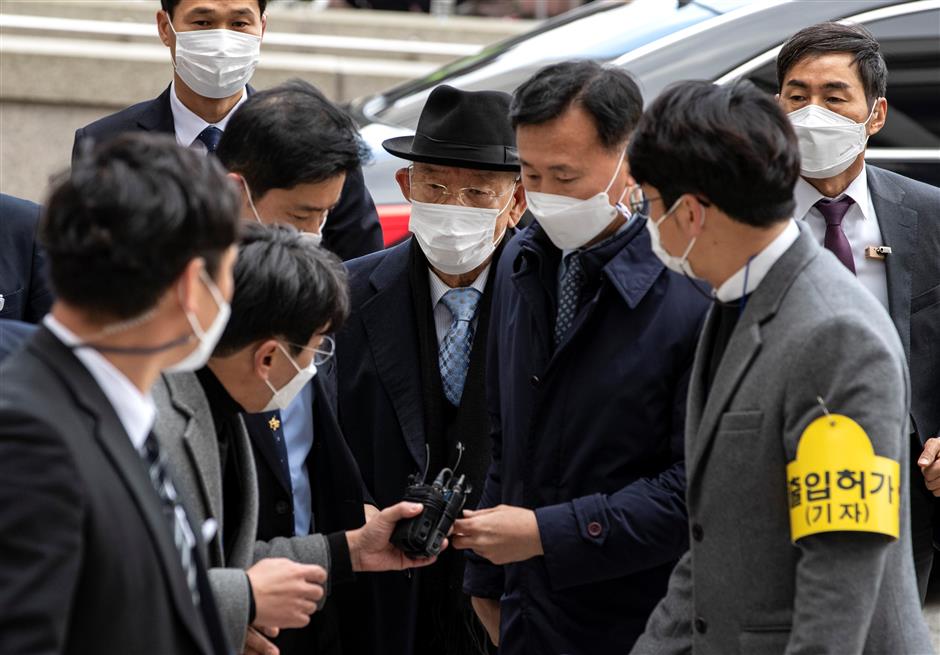 Former South Korean President Chun Doo-hwan (center) arrives for his trial on defamation charges at a court in Gwangju on Monday.

A South Korean court on Monday found former President Chun Doo-hwan guilty of defaming a former democracy activist who was involved in protests against his government in the 1980s and handed him an eight-month suspended jail sentence.

The sentence was suspended for two years, meaning the 89-year-old former president is unlikely to spend any time in prison.

Jung Ju-gyo, an attorney for Chun, did not respond to phone calls seeking comment and it is unclear if he plans to appeal.

The trial was held in the southwestern city of Gwangju, where hundreds, possibly thousands, were believed to have been killed when local citizens rose up against Chun’s authoritarian government on May 18, 1980 and were crushed by police, paratroopers and tanks.

Chun defamed Catholic priest and activist Cho Chul-hyun, also known as Cho Bi-oh in his 2017 memoirs, when Chun called Cho a “despicable liar” for testifying that government helicopters had fired on civilians, the ruling said.

Cho died in 2016, but South Korea’s strict defamation laws meant Chun faced up to two years in prison and up to 5 million won (US$4,500) in fines.

In its ruling yesterday, the court said it found the reports of government helicopters firing on civilians to be reliable.

Chun, a general who seized power in a 1979 coup, was president until mass demonstrations led him to step down in 1988.

He was convicted of mutiny, treason and corruption in 1996. Originally sentenced to death, he spent two years in jail before being released.