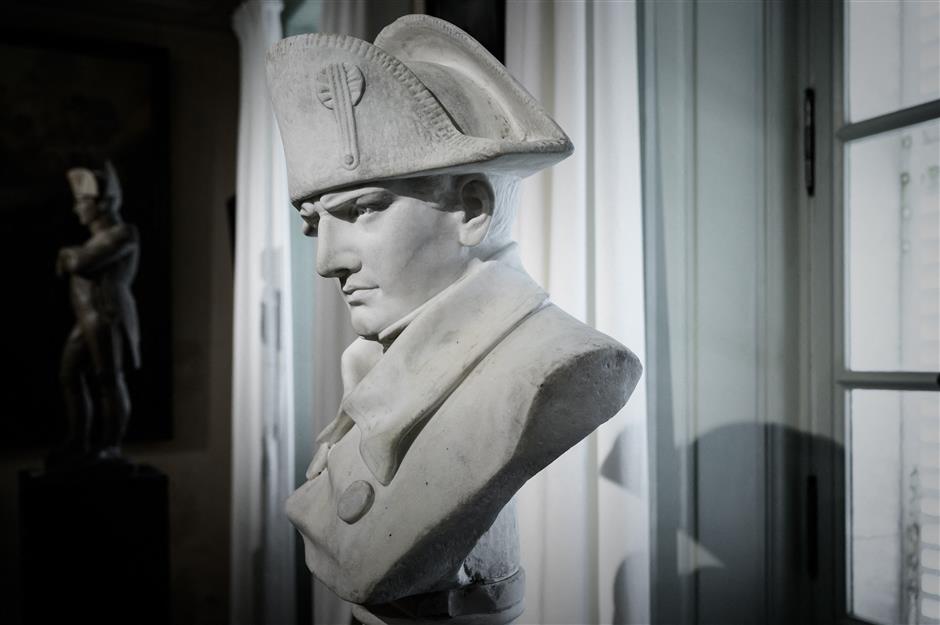 This file photo taken on April 1, 2021, shows a bust of French Emperor Napoleon I in the museum dedicated to him at Ile-d'Aix where the emperor lived from 8 to 15 July, 1815 before leaving France.

Getting to the remote South Atlantic island where Napoleon died 200 years ago got even harder during the coronavirus pandemic.

So while commemorations of the May 5, 1821 death of the deposed French emperor on British-ruled St Helena are going ahead there, they are not happening with an influx of international visitors that was expected before COVID-19 swept across the world.

The volcanic island of about 4,500 people has not had any confirmed COVID-19 cases.

But “we are no longer expecting the cruise ship visitors nor regular air visitors” and the Napoleon commemorations “will be restricted to local events only,” said Nicole Shamier, chief economist for St Helena’s government.

“We are all having our second vaccinations and we are welcoming both yacht and tourist visitors although our flights are only every five weeks from London via Accra, so our visitor numbers are significantly lower than normal,” Shamier said last month.

St Helena is about 1,930 kilometers west of the border between Angola and Namibia, the nearest mainland.

The Saint Helena Napoleonic Heritage group, which is dedicated to preserving Napoleon’s memory on the island, plans to hold several events in the coming days livestreamed, if the island’s internet connection holds up.

First exiled to the Mediterranean island of Elba, Napoleon escaped, met defeat at the Battle of Waterloo and was sent in 1815 to St Helena, where he died after falling ill.

His body was later exhumed and entombed at Les Invalides in Paris.

A reported 1,000 ships a year used to anchor at St Helena, uninhabited when the Portuguese discovered it in 1502 and became a critical way station for trading vessels traveling between Asia and Europe.

In the 19th century, it also became a base for anti-slavery patrols after Britain moved to abolish slavery.

The island’s trading role diminished after the 1869 opening of the Suez Canal. Its biggest industry was once growing flax for the manufacture of rope.

But St Helena now relies largely on support from the distant British government.