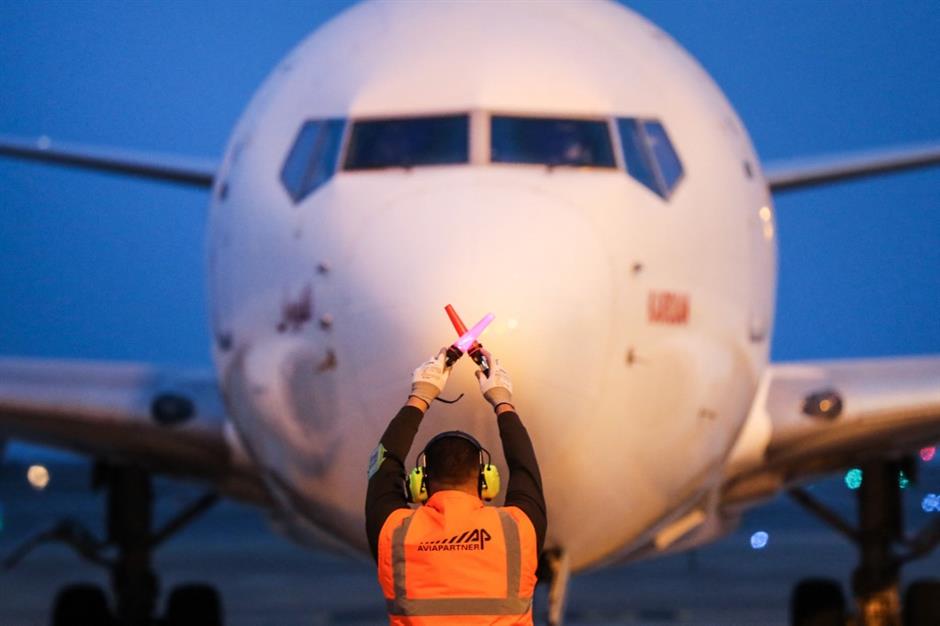 In this file photo taken on February 22, 2021, a Tunisair Boeing 737 passenger aircraft arrives from the Tunisian capital of Tunis at Nice airport in Nice, southern France.

The US aviation regulator is ordering Boeing to inspect older generation 737 jets, after the January crash of an aircraft off Indonesia that killed 62 people.

All Boeing 737-300, -400 and -500 planes will need to be examined, a total of 143 aircraft, according to a document from the Federal Aviation Administration seen by AFP on Saturday.

A failure of the "flap synchro wire" missed by the autothrottle computer — which manages the plane's thrust — "could result in loss of control of the airplane," the document said.

An interim report from Indonesian investigators in February said the doomed jet's throttles showed an "anomaly," though it said the cause of the crash was unclear.

"The preliminary data of the ongoing accident investigation shows that it is highly unlikely that the accident resulted from the latent failure of the flap synchro wire," the FAA said.

But it said the inspection is "necessary to address the identified unsafe condition" that could be found in the planes, which were built in the 1980s and '90s.

More modern iterations of the Boeing 737 — including the 737 MAX that was grounded for 20 months after two deadly crashes — were not impacted by the inspection order.

"Boeing works to ensure that our airplanes are safe and meet all requirements. We are in constant communication with our customers and the FAA, and engaged in ongoing efforts to introduce safety and performance improvements across the fleet," the company said in a statement to AFP.

A Sriwijaya Air Boeing 737-500 plunged about 10,000 feet (3,000 meters) in less than a minute before slamming into the Java Sea on January 9, minutes after taking off from Jakarta.

All 62 people aboard were killed.