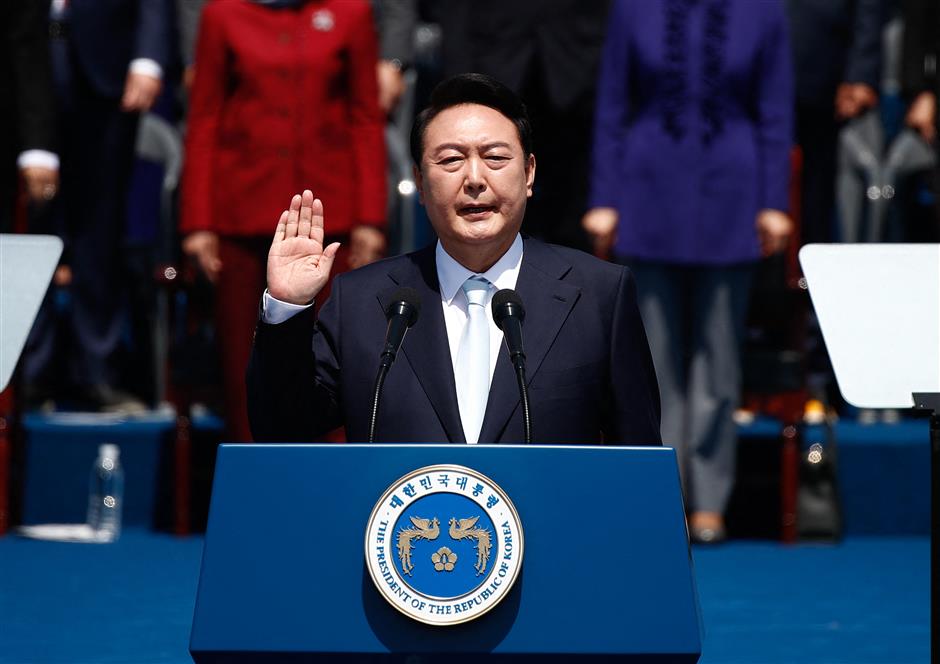 South Korea's new President Yoon Suk-yeol takes an oath during his inauguration in front of the National Assembly in Seoul on May 10, 2022.

South Korean President Yoon Suk-yeol said on Tuesday that his new government will open door to dialogue with the Democratic People's Republic of Korea (DPRK) to peacefully resolve the Korean Peninsula's nuclear issue.

Yoon said at his inaugural ceremony, held in the National Assembly in Seoul, that his government will create lasting, sustainable peace which can be guaranteed through solidarity with the international community.

Yoon, who started his single five-year term, vowed to leave the door open for the peaceful resolution of the DPRK's nuclear development.

"If North Korea (DPRK) stops nuclear development and genuinely embarks on denuclearization, we will be prepared to work with the international community to present an audacious plan that can dramatically improve North Korea's economy and the quality of life for its people," Yoon said.

The president noted that the denuclearization will "greatly contribute" to bringing sustainable peace to the peninsula as well as peace and prosperity to Asia and the world.