England allrounder Ben Stokes was named on Wednesday in a 16-man squad for the Ashes tour to Australia despite being arrested earlier in the week for an altercation outside a Bristol nightclub.

Stokes, England's highest-profile cricketer and key match-winner, was held on suspicion of causing actual bodily harm in the early hours of Monday and released under investigation.

An X-ray showed a minor fracture of a finger on the player's right hand but he is expected to be fit for the opening game of the tour against a Western Australia XI in Perth on November 4. Stokes also retains the vice captaincy.

The England and Wales Cricket Board (ECB) statement announcing the squad did not mention the incident, which has been the talk of the last 24 hours.

Wicketkeeper Ben Foakes was included for the first time, along with fast bowler Craig Overton and specialist spinner Mason Crane, while James Vince ends an absence dating back to August last year.

Yorkshire batsman Gary Ballance, who had lost his test place through a finger injury in July, was also included in a squad with three uncapped players.

The Ashes defense starts with the first test at the Gabba in Brisbane on November 23-27.

"We have provided (captain) Joe Root and (coach) Trevor Bayliss with a well-balanced squad with options in all areas," said national selector James Whitaker in a statement.

"Foakes deserves his selection for the first time at this level. His glovework has been exemplary and he is regarded as a wicketkeeper of the highest quality."

Whitaker said Overton, who steps in for the injured Mark Wood, had also impressed for Somerset. "He has taken 43 Championship wickets this summer and will relish playing in Australian conditions," he added. 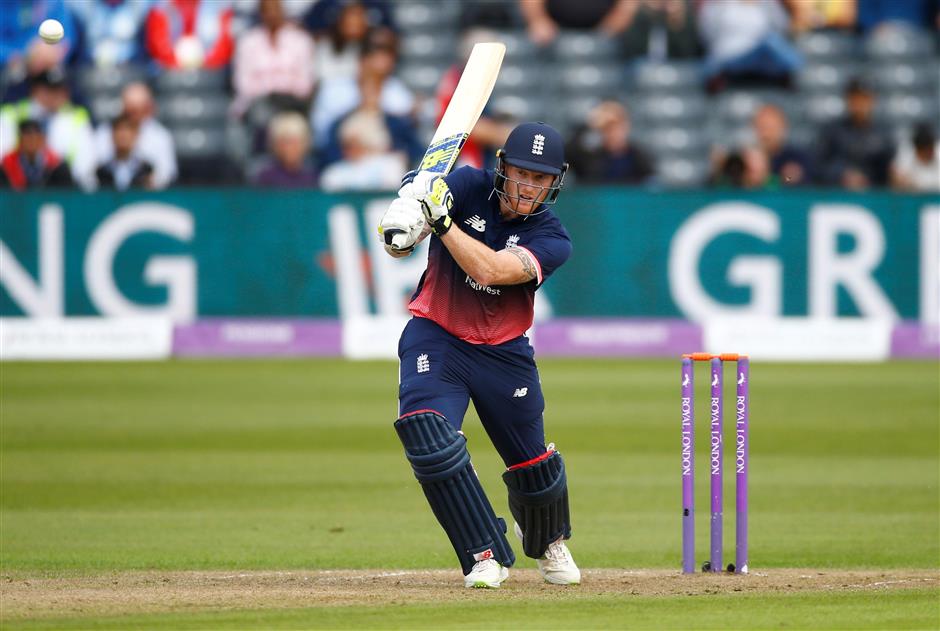 England's Ben Stokes in action during the third one-day international against West Indies at the Brightside Ground in Bristol, Britain, on September 24, 2017.

Vince's recall comes as England seeks to fill the problem No. 3 slot. He did not feature this season after notching 212 runs at an average of 19 in his seven tests last year.

"The selectors are backing James Vince to make an impact on his recall to the test squad," said Whitaker. "He is a quality strokeplayer and we believe his game will suit the Australian pitches.

"His understanding of the England set-up will help him settle into the environment quickly and hit the ground running when we arrive in Perth next month."

Former England captain Mike Atherton warned, however, that Stokes would be targeted in Australia — with lingering doubts about him even making it that far.

"With the investigation under way, who knows whether there may be legal ramifications that will imperil his participation in Australia," he wrote in the Times newspaper.

"Australians, on and off the field, will need no encouragement to get under his skin. Unwittingly, Stokes has brought a little more scrutiny and pressure to bear on a tour that will not be short of either."

Stuart Broad and James Anderson, who recently took his 500th test wicket, will again spearhead the attack although neither is naturally suited to the extra pace and bounce of Australian pitches.

The ECB said former New Zealand fast bowler Shane Bond had been appointed as a consultant and will be part of the England management team up to the end of second test in Australia.