Vitaly Mutko, who was Russia's sports minister during the doping-tainted Winter Olympics in Sochi, won an appeal on Thursday against his lifetime ban from the Games.

The Court of Arbitration for Sport ruled the International Olympic Committee didn't have the power to sanction Mutko in 2017 because he wasn't an athlete, coach or officially part of an Olympic delegation.

However, the CAS ruling doesn't force the IOC to invite Mutko to any future Olympics.

The Lausanne-based CAS also didn't rule on whether the widespread doping in Russian sport was state-backed, or whether Mutko was responsible for it. An IOC investigation in 2017 found Mutko should bear overall responsibility for misconduct on his watch.

"The IOC takes note of the decision of CAS, which relates exclusively to the formal question of the sanctioning power of the IOC for people outside of the Olympic Movement," the IOC said. "At the same time the decision makes it clear that the IOC retains the right of taking any decision in reference to any specific edition of the Olympic Games."

Mutko has vehemently denied any role in doping athletes, and said Russia didn't operate a doping program in Sochi in 2014. He told state news agency RIA Novosti on Thursday he was "satisfied" with the ruling, but didn't say whether he would try to attend next year's Olympics in Tokyo.

Mutko was the face of Russian sports for nearly a decade before leaving the ministry in 2016, with a humorous, informal style that made him stand out in Russia's often-staid cabinet. Besides his ministry role, he was a powerbroker in international soccer and fronted much of Russia's preparations to host the 2018 World Cup.

Mutko was promoted to deputy prime minister in 2016 as debate raged over Russian doping, and oversees the construction industry.

The IOC's ban on Mutko was part of a broad package of sanctions imposed on Russia in December 2017, months before the Winter Olympics in Pyeongchang, South Korea. The IOC suspended Russia but allowed a team of 168 to compete as Olympic Athletes from Russia. 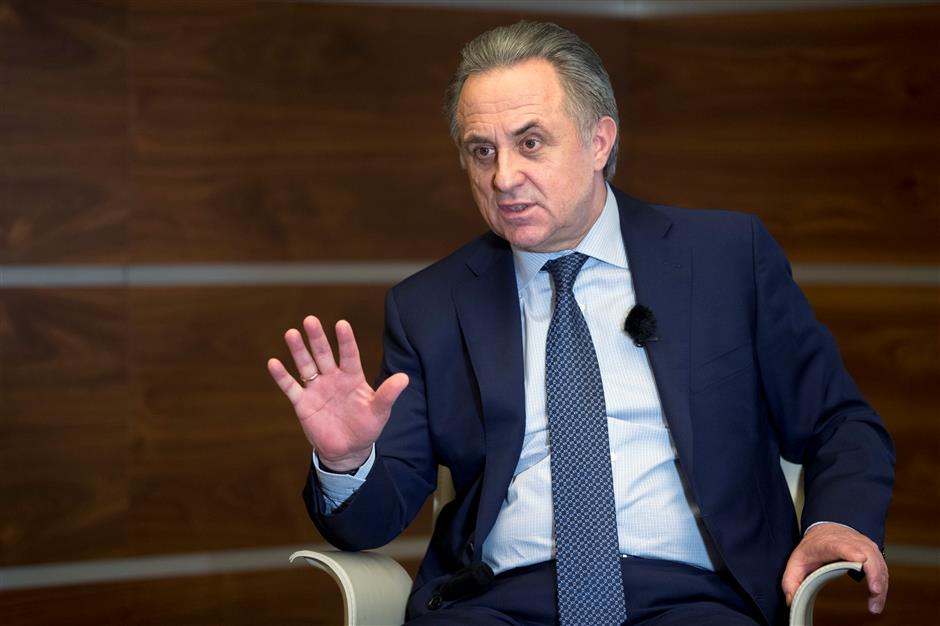