Parker and Ginobili watched the first half as assistant coaches from the courtside before putting on their kit to join the competition in the second half.

Along with Tim Duncan, the Spurs trio was nicknamed “GDP” by Chinese fans. Duncan is now an assistant coach to Gregg Popovich at the Texas franchise.

“It’s actually the first time I was informed about our nickname GDP given by Chinese fans,” four-time NBA champion Ginobili said. “But I have been told about Chinese fans’ enthusiasm many times before, and I’m just happy to be in the city.”

The match was broadcast by ESPN and reached fans in countries like Australia, Brazil, Japan, Mexico, New Zealand, Singapore and the United States. 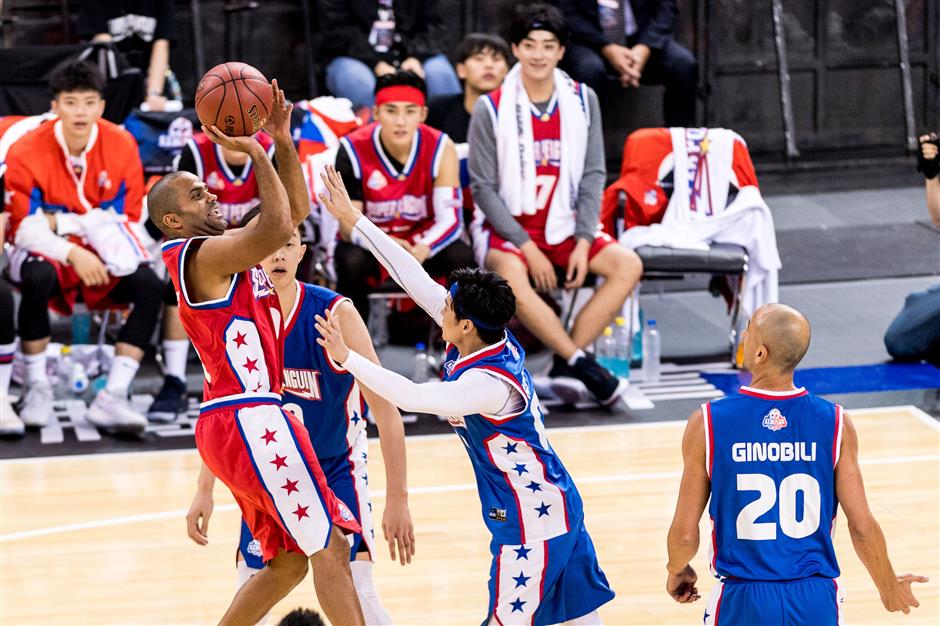 Tony Parker (left) tries to score a basket as his former San Antonio Spurs teammate Manu Ginobili looks on during the 2019 Super Penguin League Celebrity Game in Shanghai on Saturday.