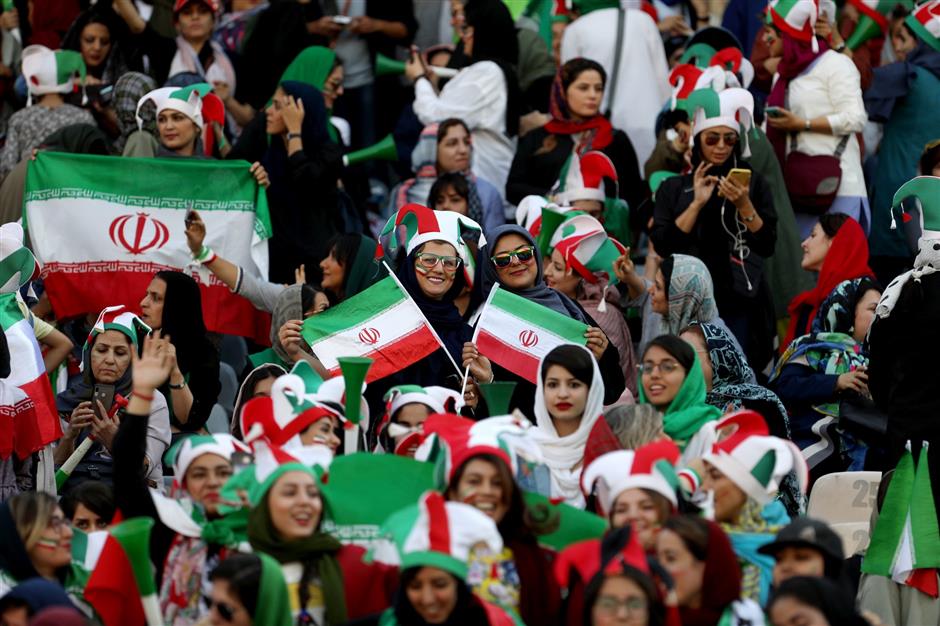 Iranian women fans attend Iran’s FIFA World Cup Asian qualifier against Cambodia, as for the first time women are allowed to watch the national soccer team play in over 40 years, at the Azadi Stadium in Tehran on Thursday.

Iranian women entered the country's national stadium in Tehran on Thursday after being able to purchase tickets for a national team game for the first time in 40 years.

Women have been banned from watching men's games since shortly after the 1979 Islamic revolution with only a few exceptions made for small groups on rare occasions.

But under pressure from world governing body FIFA and women's rights campaigners, Iranian authorities earmarked around 3,000 tickets for them to Thursday's World Cup Asian qualifier against Cambodia in the 78,000 capacity Azadi Stadium.

The tickets are for a special women's only section of the stadium, a decision that has been criticized by some campaigners who would prefer women to be able to attend with their male family members.

Footage posted on social media showed women arriving at the stadium more than two hours before the scheduled kick-off time.

The women waved flags and blew 'vuvuzela' horns while the rest of the stadium was still mostly empty.

But while campaigners have welcomed the access granted for Thursday's game, it is unclear if such scenes will become the norm in Iran.

A report posted by the semi-official Fars news agency warned that women attending Thursday's match could be exposed to foul language, drug use and even violence.

"Now that the government has decided to let women into Azadi stadium ... we must be hopeful that the spectators will try to respect Iranian women in order to change the public atmosphere of the stadium," the report said.

FIFA stepped up pressure on Iran to meet commitments allowing women to attend World Cup qualifiers following the death last month of Sahar Khodayari, who set herself on fire to protest against her arrest for trying to get into a match.

Dubbed "Blue Girl" online for her favorite team Esteghlal’s colors, Khodayari had feared being jailed for six months by the Islamic Revolutionary Court for trying to enter a stadium dressed as a man.

FIFA President Gianni Infantino has urged Iranian authorities to open up stadiums to women for all games, not just World Cup qualifiers.

The sport's governing body has sent officials to Tehran to monitor access for women at the match and said it will continue to press for their inclusion.

"FIFA's stance on the access of women to the stadiums in Iran has been firm and clear: women have to be allowed into football stadiums in Iran. For all football matches," it said in a statement.

"Further details on the next steps to be implemented to ensure the future access of women to the stadiums in Iran will follow once we have performed a thorough assessment of Thursday's match based on the input provided by the FIFA delegation that is present in Tehran." 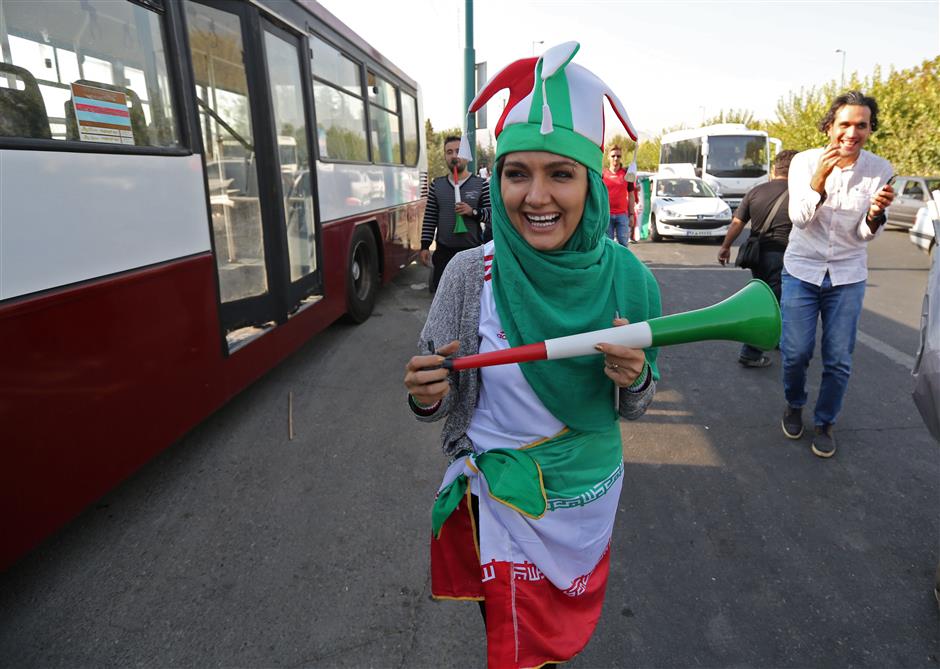 An Iranian woman, wearing her country's national colors, arrives at the Azadi Stadium in the capital Tehran ahead of the 2022 World Cup Group C qualifier against Cambodia on Thursday.