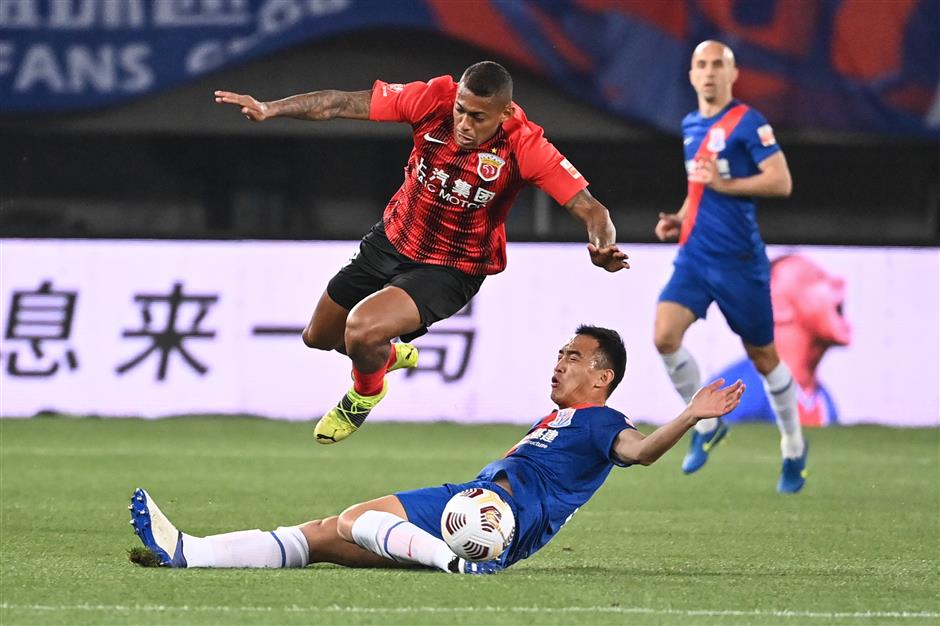 The pair had won their opening two games of the season and Port, champion in 2018, took the lead after 63 minutes when Australian midfielder Aaron Mooy strode unopposed through the Shenhua midfield before unleashing an unstoppable shot into the top corner.

Port was reduced to 10 men for the final five minutes when midfielder Mirahmetjan Muzepper was sent off and, in added time, a foul on striker Giovanni Moreno gave fellow forward Bassogog the opportunity to score the equalizing penalty.

Shenhua and Port are level on seven points at the top of the standings in Suzhou-based Group B with Hebei FC, which beat Tianjin Jinmen Tiger 1-0 earlier in the day.

Games in the early rounds of the CSL season are being played in centralized hubs in Guangzhou, southern Guangdong Province; and Suzhou, neighboring Jiangsu Province, to limit travel around the country due to the coronavirus pandemic.

Slaven Bilic picked up his first win as Beijing Guoan coach at the third attempt when two goals in two minutes from midfielder Zhang Xizhe earned the former West Bromwich Albion manager's side a 2-0 win over Dalian Pro.

The victory was soured for Beijing, however, by an injury to key midfielder Jonathan Viera, who was taken to hospital after falling awkwardly and twisting his knee.

The Spaniard has sustained damage to his medial collateral ligament and knee cap and will be sidelined indefinitely.

Beijing moved up to fifth in the Group B standings, two points behind fourth-placed Changchun Yatai, which drew 0-0 with Wuhan FC.