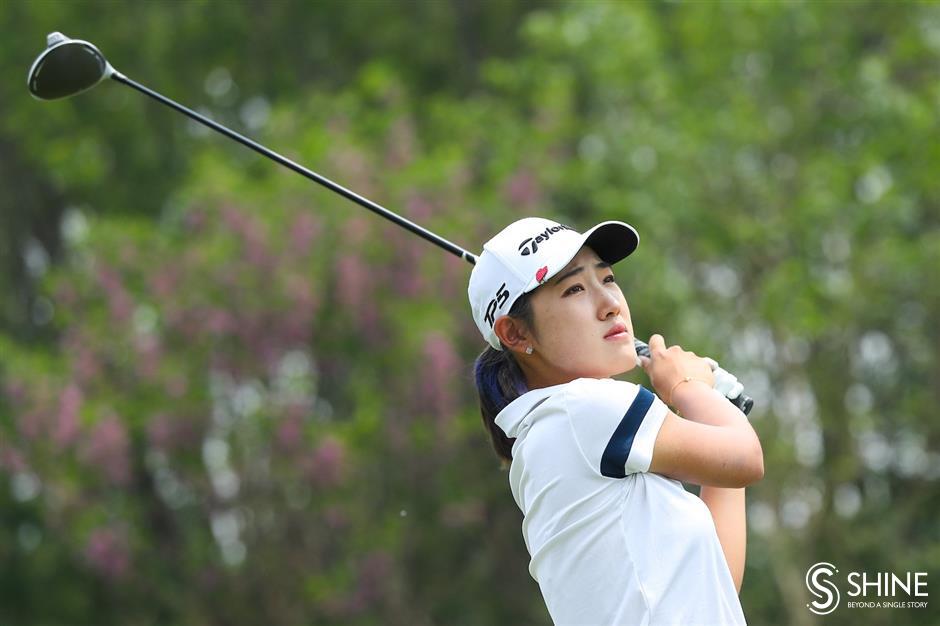 Liu Wenbo and Hainan amateur Zhang Yue set the early pace at the Wuhuanxing Ladies Challenge on Thursday as each opened with a 6-under-parr 66 to share a three-shot lead in Beijing.

Yin Xiaowen, the top Chinese amateur currently ranked 23rd in the world, was three shots back in equal third on 69, tied with pros Yang Jiaxin, Zhao Zhimeng and Ye Qinying.

Starting her round on the Beijing Orient Pearl Country Club back nine, Zhang, a prolific winner on the amateur circuit with four wins in 2020, got off to a hot start in carding four birdies through her first seven holes. At the 18th hole, her ninth, she sank a 30-foot, downhill putt for an eagle three from the edge of the green to make the turn at 6-under 30.

After putting her tee shot in the woods for a bogey six at the first, her 10th hole, the 19-year-old Shenzhen University sophomore rebounded for a birdie three at the 378-yard fifth hole, her 14th hole.

“I just tried to have a good execution as planned. I limited my mistakes to a minimum out there. The long game was decent. The putting was the best for a while. I made plenty of 20-footers,” said Zhang who was in the mix last month at the season-opener in Nanshan before fading in the final round.

“My focus is not where I finish finally, it’s all about the process. The Nanshan Ladies Golf Challenge showed what I needed to work on and the progress I have made. I made adjustments after that.” 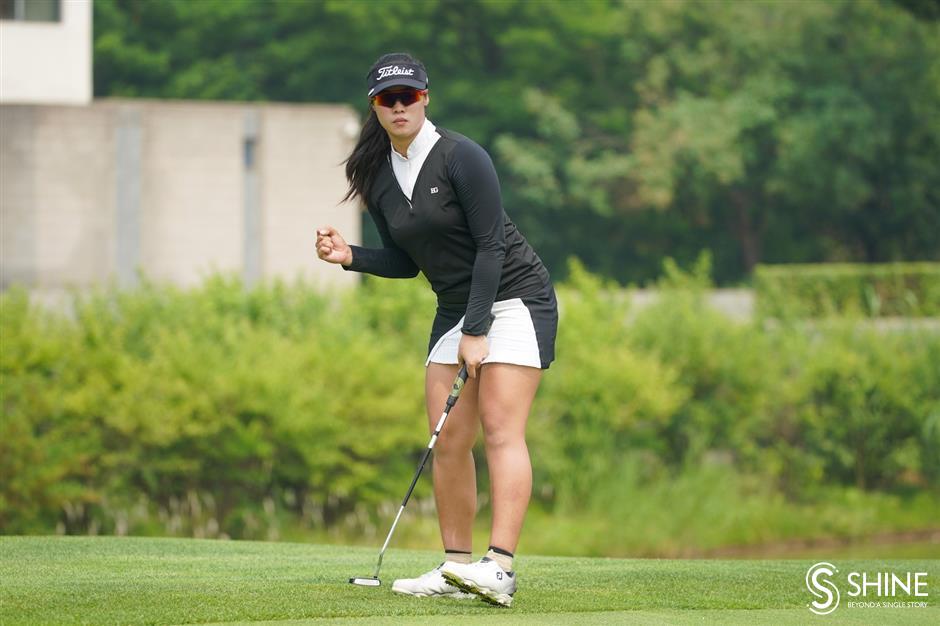 Zhang Yue reacts to a putt during the first round of the Wuhuanxing Ladies Challenge in Beijing on Thursday.

Liu, the defending champion who won the tournament in October when it was played as the Beijing Pearl Challenge, did not let her hometown fans down. She carded a round that featured eight birdies, including four over the last five holes, and two bogeys.

“On the whole, it was a good round except for a couple of mistakes. But it’s understandable. It’s all about putting. I didn’t leave myself a lot of short putts. But those lines were good and I made them all,” said the 20-year-old, a two-time winner on the CLPGA Tour.

“This score is a little better than my expectation. I considered 4-under a decent score going into this round. I like this position but I won’t put pressure on myself to defend this title.”

Yin, a 16-year-old amateur who won in Nanshan for her second CLPGA Tour title, put herself in contention with a round that included six birdies and three bogeys after starting from the back nine.

“It’s a solid round except two holes where I made bogeys because I hit into the bunkers,” said the Tianjin teen. “My putting was good. I made several long-range putts, the highlight a 36-foot putt for a birdie (at the fifth hole).”