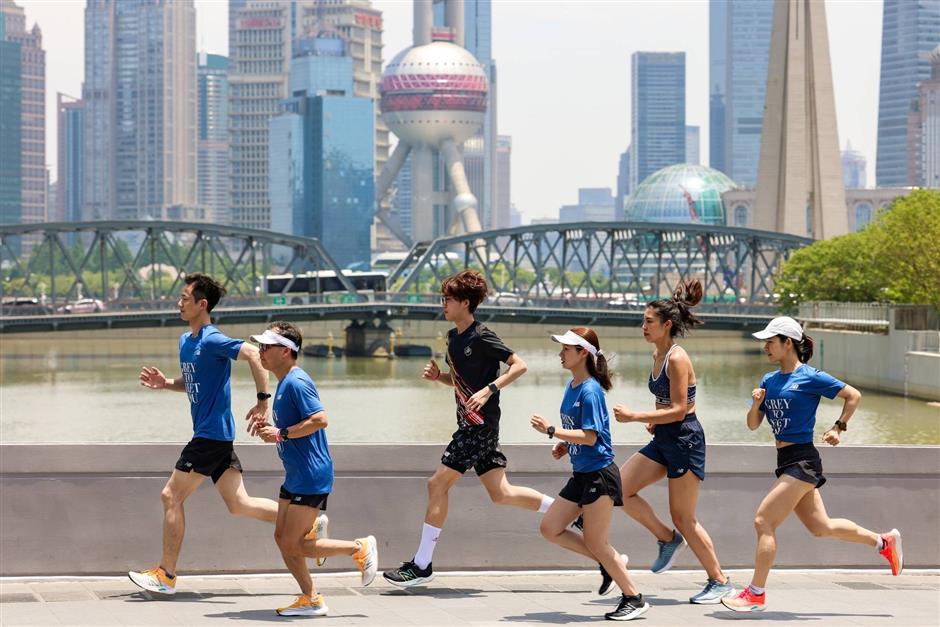 The route of the New Balance "Grey to Meet You" plogging event on Saturday covered both Puxi and Pudong sides of the Bund.

An environment-friendly jogging activity was organized over the weekend in Shanghai to mark World Environment Day on June 5.

The New Balance "Grey to Meet You" plogging event on Saturday morning gathered more than 100 joggers, who started their journey from the Hall of the Moon in Hongkou District. The route covered both Puxi and Pudong sides of the Bund as well as the Yangpu Bridge.

Plogging is a combination of jogging with picking up litter, which started as an organized activity in Sweden around 2016 and then spread around the world following increased concern about plastic pollution.

As a workout, it provides variation in body movements by adding bending, squatting and stretching to the main action of running.

"Grey to Meet You" participants jogged past the city's old neighborhoods and modern complexes while picking up litter like empty plastic bottles and cigarette ends along the way.

To highlight the event's environment-friendly feature, organizers launched an old sports shoe recycling activity last month. A total of 1,528 pairs of old shoes have been collected from runners, and would be sent for reproduction. 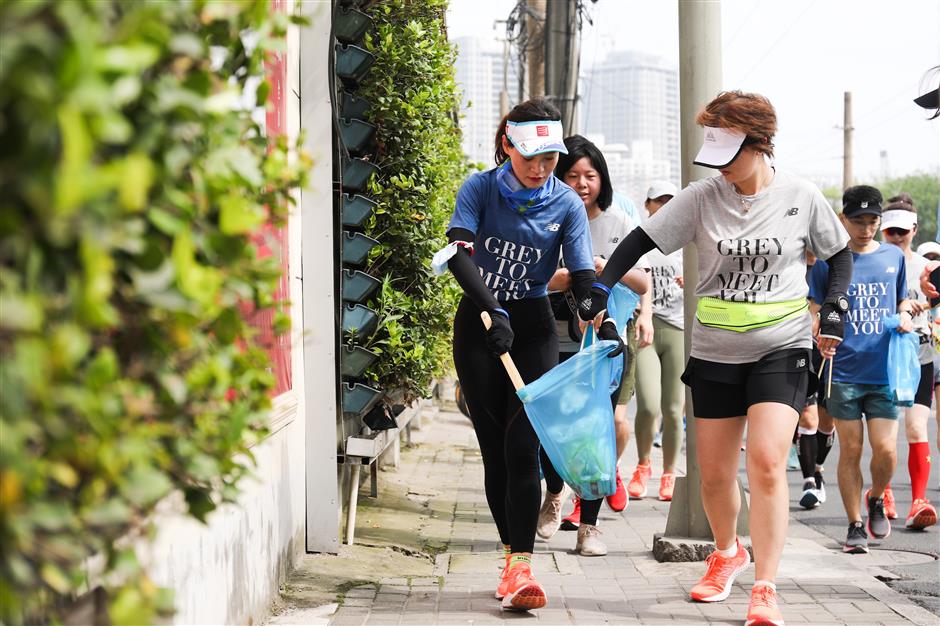 Participants in the New Balance "Grey to Meet You" event pick up litter like empty plastic bottles and cigarette ends along the way.