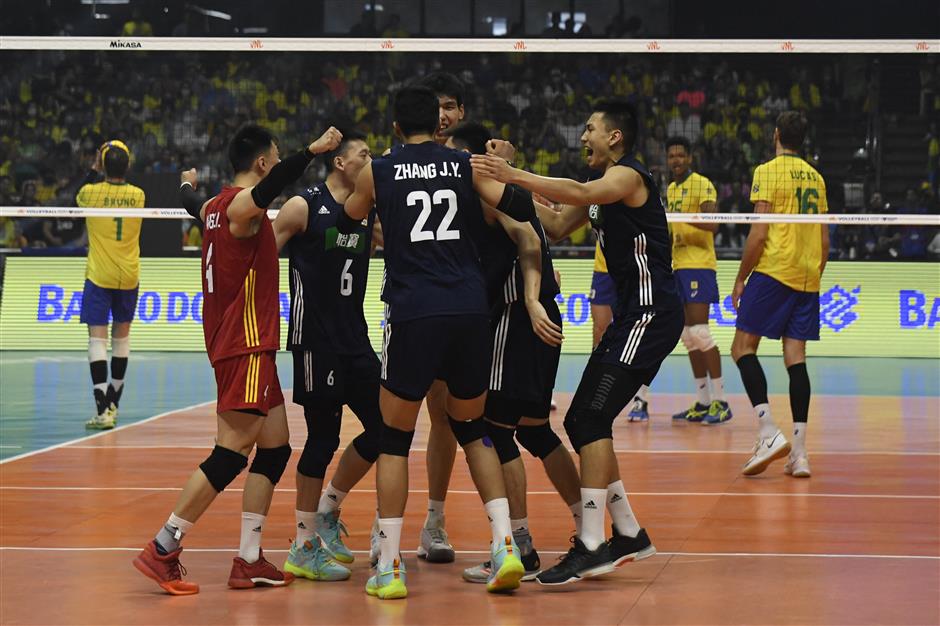 Players of China celebrate during the 2022 FIVB Volleyball Men's Nations League match between China and Brazil in Brasilia, Brazil, on June 12, 2022.

The world volleyball governing body FIVB stated on Monday afternoon that the men's Volleyball National League (VNL) match between China and France on Wednesday has been canceled after China confirmed they could not field a team due to medical circumstances related to COVID-19.

"Multiple players were detected through antigen rapid test (ART) tests when the team arrived in the Philippines for the VNL, after concluding the first week of the campaign in Brasilia. The CVA communicated with the FIVB immediately for the retest and the follow-up fixtures after the positive tests," the CVA disclosed more details in a later statement.

"After the retest, the cases were confirmed. According to the 5-day quarantine period set by the committee, the Chinese men's national team is unable to field six players for the match which was due to take place on June 22, the FIVB have therefore announced the cancellation of the match with an automatic forfeit for China giving France a 3-0 win."

The CVA said it will next focus on the treatment and recovery of those infected players and "keep in close contact with the FIVB" to prepare for the rest of the tournament.