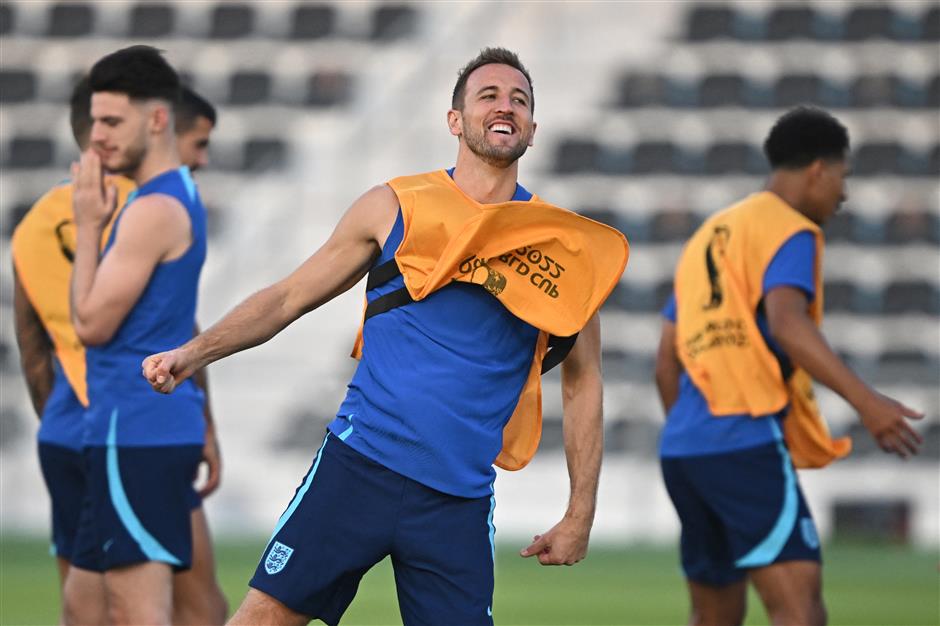 Kane's 51 goals from 75 appearances for England mean he is just two behind Rooney's total of 53 goals and if England are to have a chance of glory in this World Cup finals, he will probably need to break the record over the next month.

"Hopefully I'll break it as soon as possible," Kane told the press on the eve of England's opening game against Iran.

"I know it's there and I know people will talk about it, but I like to just focus on my game. I know that with the team we have, we will create chances and I just need to be ready for the ones that come my way," he added.

Kane made his international debut when he replaced Rooney in March 2015 in a game against Lithuania, marking his debut with a goal just 78 seconds after getting into the action. The 29-year-old won the Golden Boot in Russia in 2018 after scoring six goals as England reached the semifinals.

"I was lucky enough to play with Wayne and he was a huge player, who I looked up to. I watched him play in the major tournaments and it's a huge honor to be close to him," commented Kane, who admitted that at 29 these could be his last World Cup finals.

"I'm really looking forward to this one, we've got a really good blend of experience and youth. Who knows where I will be in four years or the team, so it's about now," he concluded.