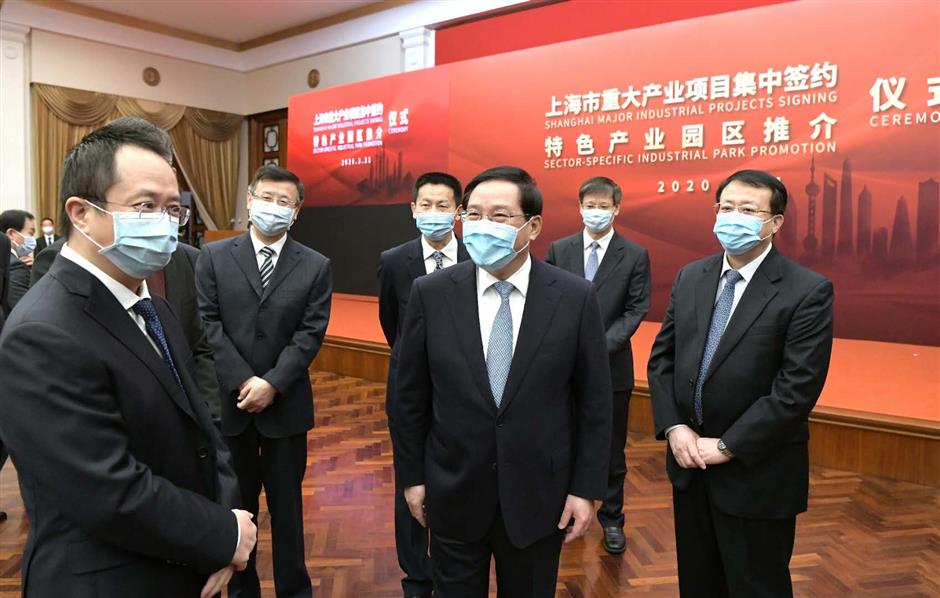 Shanghai announced 152 investment projects with a total value of 441.8 billion yuan (US$63.1 billion) on Tuesday to boost economy, including projects from foreign firms like Bosch and Walmart.

During a signing ceremony conducted through online video services, 16 districts in Shanghai, along with the Lingang Special Area of the China (Shanghai) Pilot Free Trade Zone and the Hongqiao Business Zone, completed the signing of 124 projects with a total investment of 280 billion yuan on site.

Among them, foreign investment totaled US$16 billion, including regional headquarters of Bosch Capital and Mitsubishi Corporation Metal Trading, as well as the Chinese flagship store of Sam’s Club, a chain of membership-only clubs under Walmart.

The signing ceremony is conducted through online video services.

"We hope to deliver a message that Shanghai relies on not only modern services, but advanced manufacturing sector as well to spur its growth," said Lu Ming, an official with the city's economy and information technology commission. "There are always land for quality projects, and always space for quality industries."

The signing represents Shanghai’s efforts to resume work and stimulate economy during the COVID-19 outbreak.

Just a day earlier, Shanghai unveiled an action plan to foster new business formats, and the city will further build its development momentum for a digital economy in the next three years.