The projects are mainly in strategic emerging industries, such as smart manufacturing, new energy and new materials, and also involve modern service industries.

In addition, construction has begun on 95 projects in Wuzhong with a total investment of 41.1 billion yuan. An “Infographic Guide to Investment in Wuzhong” was released during the event. 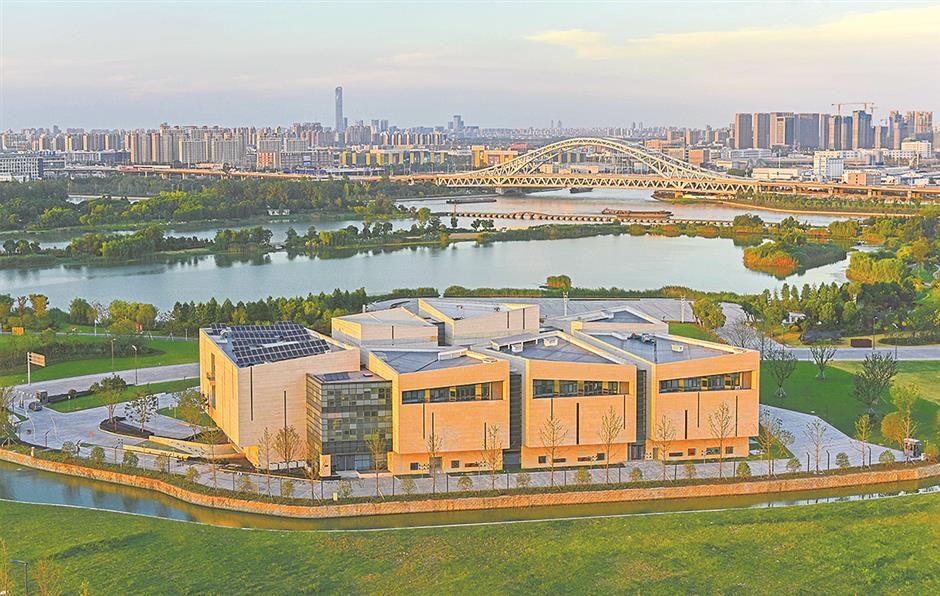 Chen Rong, Wuzhong’s Party secretary, said that the district will promote deep integration of the industrial and innovation chains, the digital and real economies, advanced manufacturing and modern services, and to turn itself into a highland of modern industry, green ecology and Jiangnan (regions in the south of the Yangtze River) culture.

In the core area of the district, the Wuzhong Economic and Technological Development Zone is a national economic and technological development zone with 27 years of history. The zone covers 150 square kilometers and has gathered more than 10,000 enterprises. In 2019, it achieved 46.07 billion yuan worth of gross domestic product, accounting for half of the total amount of Wuzhong. Among the zone’s pillar industries, biomedicine has the largest potential.

The Suzhou Wuzhong Biomedicine Industrial Park is one of the nine biomedicine industrial parks in Suzhou, with a planning area of 1.9 square kilometers. In the newest round of development, the industrial park gives full play to the important role of supporting institutions such as the preclinical safety assessment center of Wuxi AppTec and Suzhou Institute for Food and Drug Control.

Additionally, the development of components for new-energy vehicles, e-commerce, inspection and testing play important roles in the local economy.

From 2016 to 2019, Wuzhong Economic and Technological Development Zone received US$900 million in foreign investment and US$25.4 billion in registered capital from domestic companies.

At the same time, the development zone attaches great importance to the construction of an intelligent ecosystem, strengthens support for green smart factories, intelligent workshops, cleaner production, industrial Internet of Things and applications, and guides businesses in the zone to carry out their works more efficiently and scientifically. 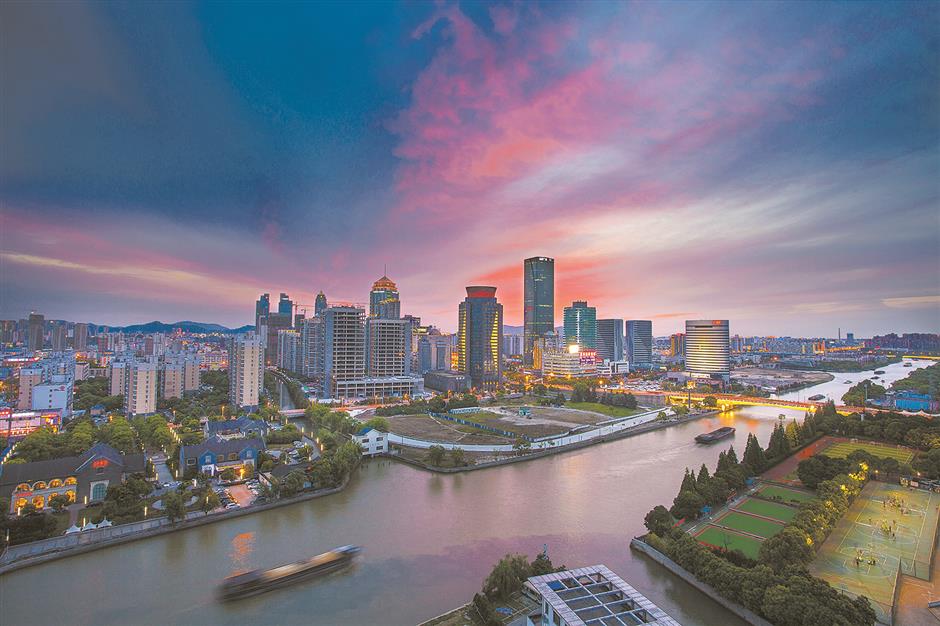 Suzhou New District was inaugurated to the west of the old city in 1990.

In its first decade, it introduced more than 1,500 foreign-funded projects involving a total investment of US$20 billion.

Major indicators of economic development during the period were among the top three in the country while the scale of foreign investment and tax revenue were both No. 1.

In its second decade, it reported 80 billion yuan of GDP and 250 billion yuan of industrial output. The output of strategic emerging industries accounted for 52.4 percent of all businesses with an annual income exceeding 20 million yuan, making it the top player in Suzhou.

In the past decade, the district has introduced more than 100 national research institutes. In the first nine months of the year, the district used US$856 million of foreign investment, a year-on-year increase of 61.4 percent.

In the same period, investment in the district’s fixed assets continued to grow at a rate of nearly 20 percent, and the actual use of foreign capital increased by more than 60 percent.

A number of Global Fortune 500 projects, including US wholesale chain Costco, have settled in the district. It is also home to 746 innovative enterprises and had three more listed companies.

Playing an active role in the integrated development of the Yangtze River Delta region is a top priority for Suzhou. In September, Suzhou New District successfully introduced 22 projects with a total investment of 38.2 billion yuan during an investment promotion fair in Shanghai.

Not far away, in Changshu, the government has moved its services online, involving 164 items and almost all government departments.

Zhou Qindi, Party secretary of Changshu, said optimizing the business environment is a fundamental and systematic project that requires the participation of all parties.

He said: “By playing the leading and ensuring role of Party construction and strengthening the responsibilities of Party members and cadres, we can achieve multi-faceted collaborative efforts, pool powerful forces to promote high-quality development and create the strongest attraction and the most lasting competitiveness of the city.”

Since the beginning of this year, online sales of clothing in Changshu have increased by 150 percent year on year, and enterprises are said to be more confident about the future.