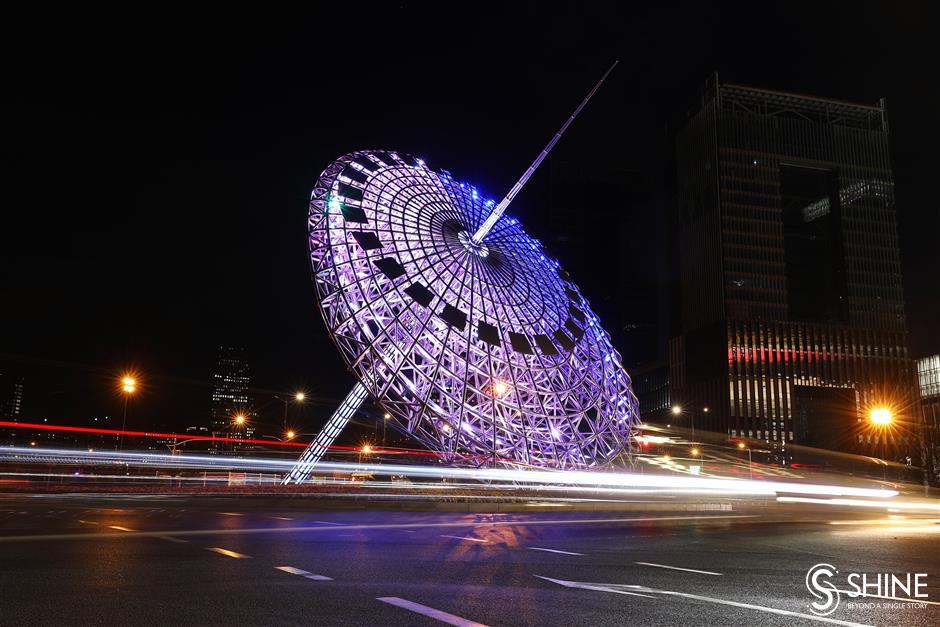 The Shanghai international tourism resort, which includes Shanghai Disneyland and Bicester Village, attracted more than 85 million tourists over the past five years and raked in total revenue of more than 40 billion yuan (US$6.19 billion), according to Pudong government.

In line with the blueprint, the tourism resort will become a modern international tourist destination with demonstrable significance, an immersive experience center for joy and dreams, a world-class cultural exchange and leisure destination everyone yearns for, and a major brand of Pudong and Shanghai.

The Shanghai international tourism resort is part of Pudong's answer to the new identity that the central leadership expects – an international consumption center.

Hence, Pudong will introduce market players and professional institutions that connect both domestic and international markets. The new area will build a distribution platform for imported products.

The future Lujiazui will become the city's equivalent to New York's Fifth Avenue. First rate stores will be another highlight of Pudong which is now home to more than 300 of them.

For businesses tapping into a new market, the first step matters. The location of their first appearance is not only determined by cash flow, but a combination of brand image, exposure and plans for the future.

Pudong, standing at the forefront of China's huge market, and its proven consumption potential, has become the top choice for many overseas brands.

With the certification and supervision of a new business format integrating catering, supermarket and online ordering, Freshippo opened its first store in Pudong, marking an institutional innovation in the new area's market regulation.

The implementation of the "one integrated license," replacing the previously required multiples for market access to specific sectors, largely lowers enterprises' costs.

With the reform, Pudong takes the lead in establishing systems for sector-specific integrated licenses, and advances one-stop online delivery of administrative services.

Such systems, focusing on closely-watched industries where multi-phased market entry approvals are usually needed, covers 31 sectors in the first round, such as e-commerce, internet-based hospitals and accounting firms.

Together with the reform, 25 permit items, under the responsibility of State Council departments, will be processed and issued by authorities in Pudong.

The reform will allow license applicants to obtain a customized notification letter online to understand how to be eligible and what documents are required, and then submit an application via one single form.

For departments involved, procedures ranging from pre-approval services and document review to license issuance will be integrated, with clear accountability.

For higher efficiency, the reform will introduce functions such as online handling of applications, automated review and approval and service rating.

Sectors concerned will be subject to coordinated supervision, with the help of smart management and participation of multiple stakeholders.

Other mechanisms for sharing information, strengthening the rule of law and adjusting reform tasks will be in place to facilitate implementation.

Starting business in Pudong just gets easier. With the new area government moving to a WeChat mini program for permits required by different industries from government departments, it no longer requires budding entrepreneurs to make multiple trips to myriad government offices.

A new model of digital government service in a friendly way, the handheld system for registering and seeking clearances allows entrepreneurs to upload their personal ID, business license and use facial recognition and online signature technologies to apply for, and track, the status of permits and licenses on their mobile phones. This is in line with Pudong's vision of bringing governance to people's fingertips.

All items can be submitted and processed online. The offline counters are also required to give clear feedback and instructions, freeing entrepreneurs from the guesswork that used to be associated with seeking clearances.