Shanghai on Thursday made its appearance on the stage of the China International Fair for Trade in Services, with an exhibition area of 100 square meters showing the city image as well as progress and achievements in developing digital trade.

The six-day fair kicked off on Thursday in Beijing with the theme of "Towards Digital Future and Service-Driven Development," covering a total of 126,000 square meters.

The Shanghai trading group at the fair, led by Vice Mayor Zong Ming, includes 358 registered enterprises and 544 professional attendees, according to latest data.

It consists of 16 sub-groups organized by districts and an additional sub-group led by the Shanghai State-owned Assets Supervision and Administration Commission.

The exhibition area, located on the ground floor of the National Convention Center, is designed around the theme of "Digital Trade Hub Port, Link to New Global Scenarios," and is divided into six major parts – a preface briefing the city's trade in services, four sections showing achievements and some major projects on cloud services, digital content, digital services and cross-border e-commerce, as well as a conclusion section.

In the area for digital content, for instance, some key projects are displayed, such as the National Foreign Culture Trade Base in Shanghai; Genshin Impact, an action role-play game developed by Shanghai-based game house miHoYo; and China Literature Co's overseas platform Webnovel. 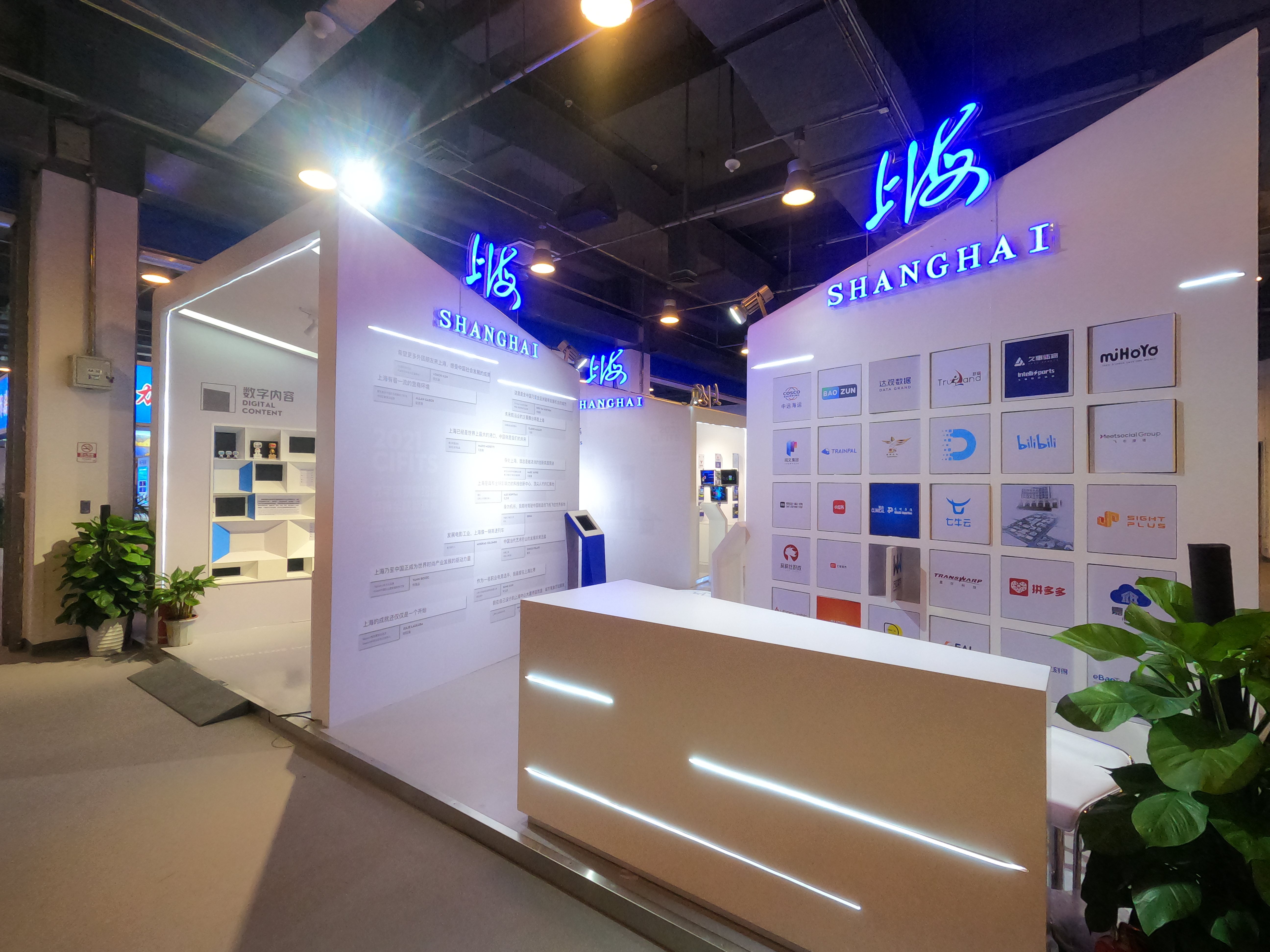 Shanghai's trade in services has been flourishing in recent years, and the scale of service imports and exports have maintained the top position in China, accounting for about one-fourth of the national total value of trade in services.

Dealing with the shock of the pandemic since 2020, the global trade in services has been in decline due to travel restrictions. But Shanghai has shown strong resilience in trade in services, taking the lead to realize positive growth in both exports and imports, and at a faster pace than the national average level, said Zhou Lan, deputy director of the city's commission of commerce.

Zhou underlined the leading role of the overall deepening of innovation and pilot programs on trade in services, which gave impetus to the rapid growth of the sector.