Innovation at the forefront of Shanghai's attraction to urban, architecture designers

Shanghai is a center of fashion, a capital of finance, an attraction for talented people. And in the eyes of some urban designers, it has one major distinguishing feature – it embraces all people who may have very different dreams and diversified needs.

"Shanghai is caring," said Lee Parks, director of landscape at AECOM, a US infrastructure consulting firm that started its China business in Shanghai about 40 years ago and has based its regional management center in the city.

A keen jogger, Parks feels comfortable when he runs on Binjiang Avenue along the Huangpu River and has a special appreciation for the drinking facilities on the way.

"A lot of cities have similar infrastructure and development, but Shanghai is always a step ahead," Parks said. He has made Shanghai his home since 2004 after two years in Nanjing and a brief period in Tianjin.

Since 2018, the city has opened up 45 kilometers of waterfront along Huangpu River between Yangpu and Xupu bridges, featuring walking, running and cycling paths flanked by monuments and scenic views.

While strolling along the banks of Huangpu River, people can find elegant wooden huts with floor-to-ceiling windows as well as tables and chairs for walkers to take rest. Visitors are seen reading books, watching videos or simply enjoying sunrises and sunsets over the river.

"Some other cities spend possibly decades to build such a riverfront, but Shanghai did it in just a few years," Parks said. "We are also honored to be participating in the efforts to improve Shanghai's environment such as along the Huangpu River, Binjiang Forest Park and Zhangjiabang Green Wedge." 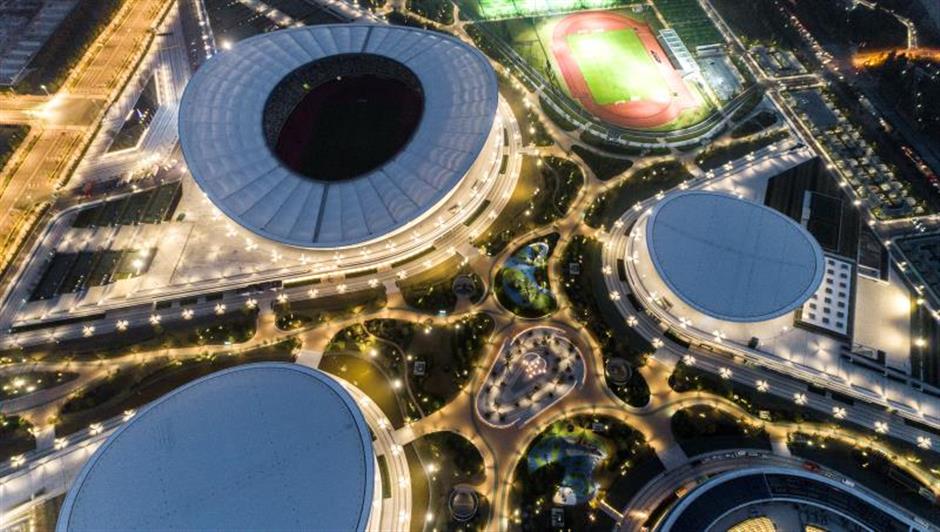 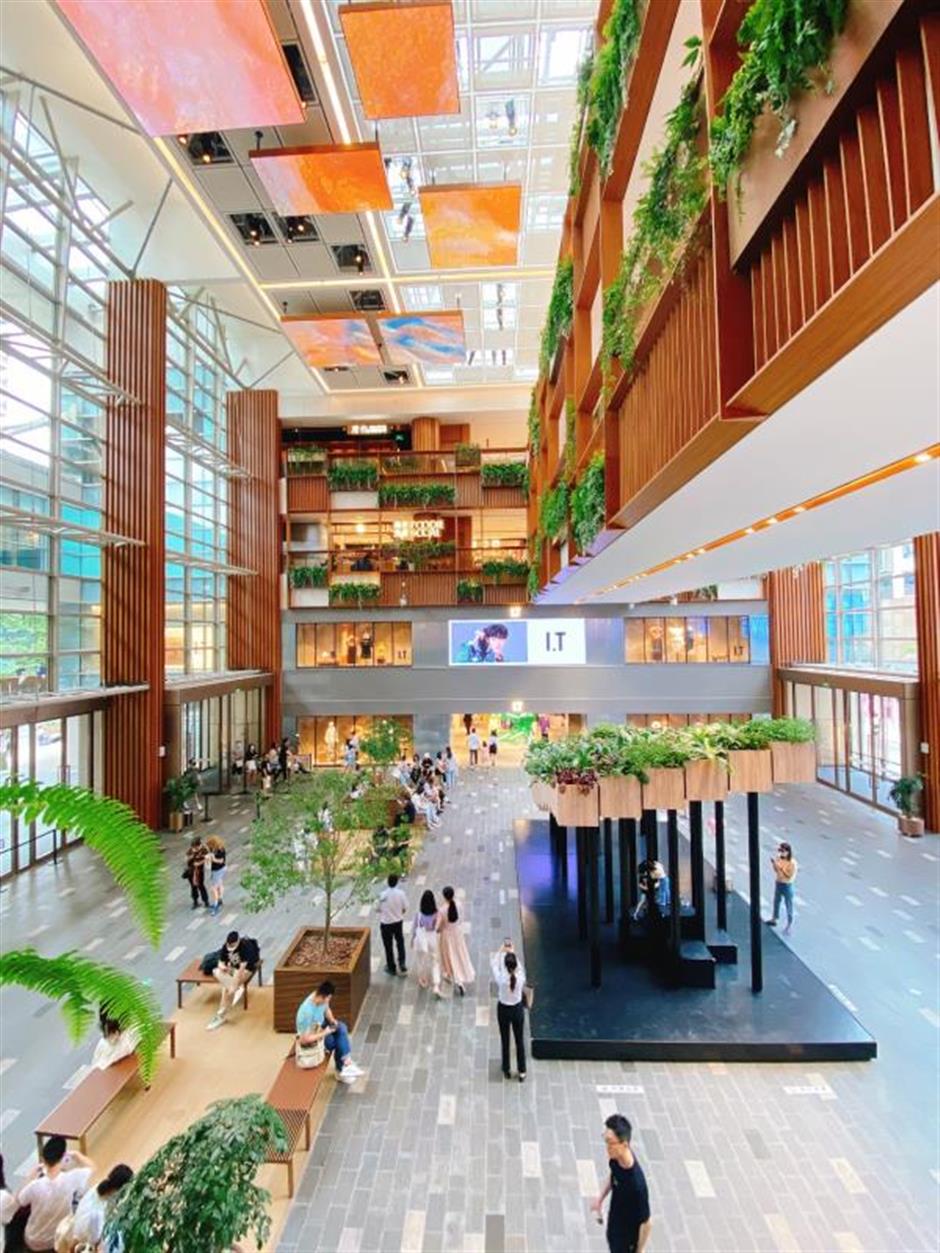 His fondness for Shanghai is shared by Karen Cvornyek, principal and Asia president of B+H Architects.

"The best word to describe Shanghai would be inclusive," Cvornyek said. "The city is a hybrid of eastern and western business and social traditions. Today, it is considered the most international city in China, defined by open-minded attitudes, all of which have attracted the best talent from around the world to work and live in the city."

B+H, similarly to AECOM, established its presence in Shanghai in 1992 to become one of the first foreign architects here.

"We have more than a quarter of a century of experience working with local clients and have played a significant role in the urban development of China. Back 20 years ago, Shanghai was the obvious choice for our international architects to begin their collaboration with local design talent and clients, and it remains the best choice to this day," Cvornyek said.

Headquartered in Toronto and with 10 studios across Asia, North America and the Middle East, B+H leverages its global and multi-disciplinary talent to provide holistic design solutions across a broad spectrum of sectors.

"At B+H, we always put people first and include a diversity of perspectives in our design process," Cvornyek said. 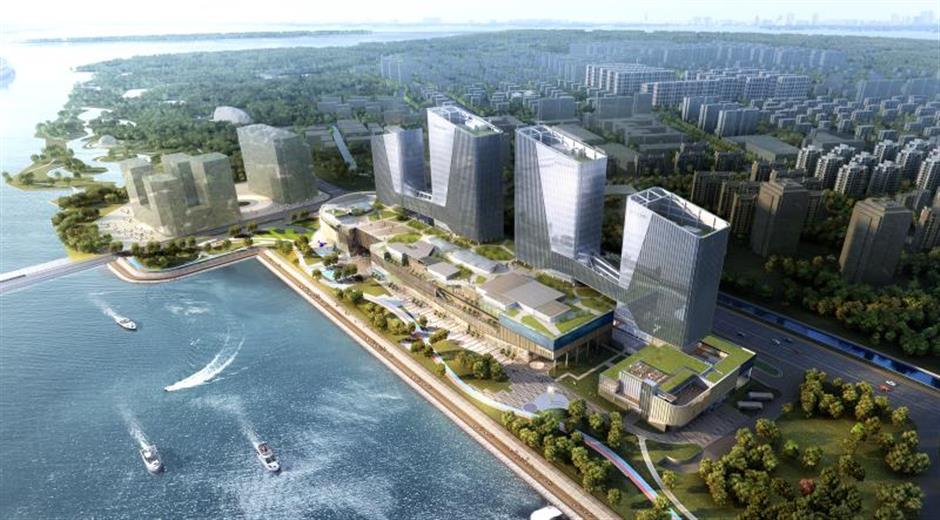 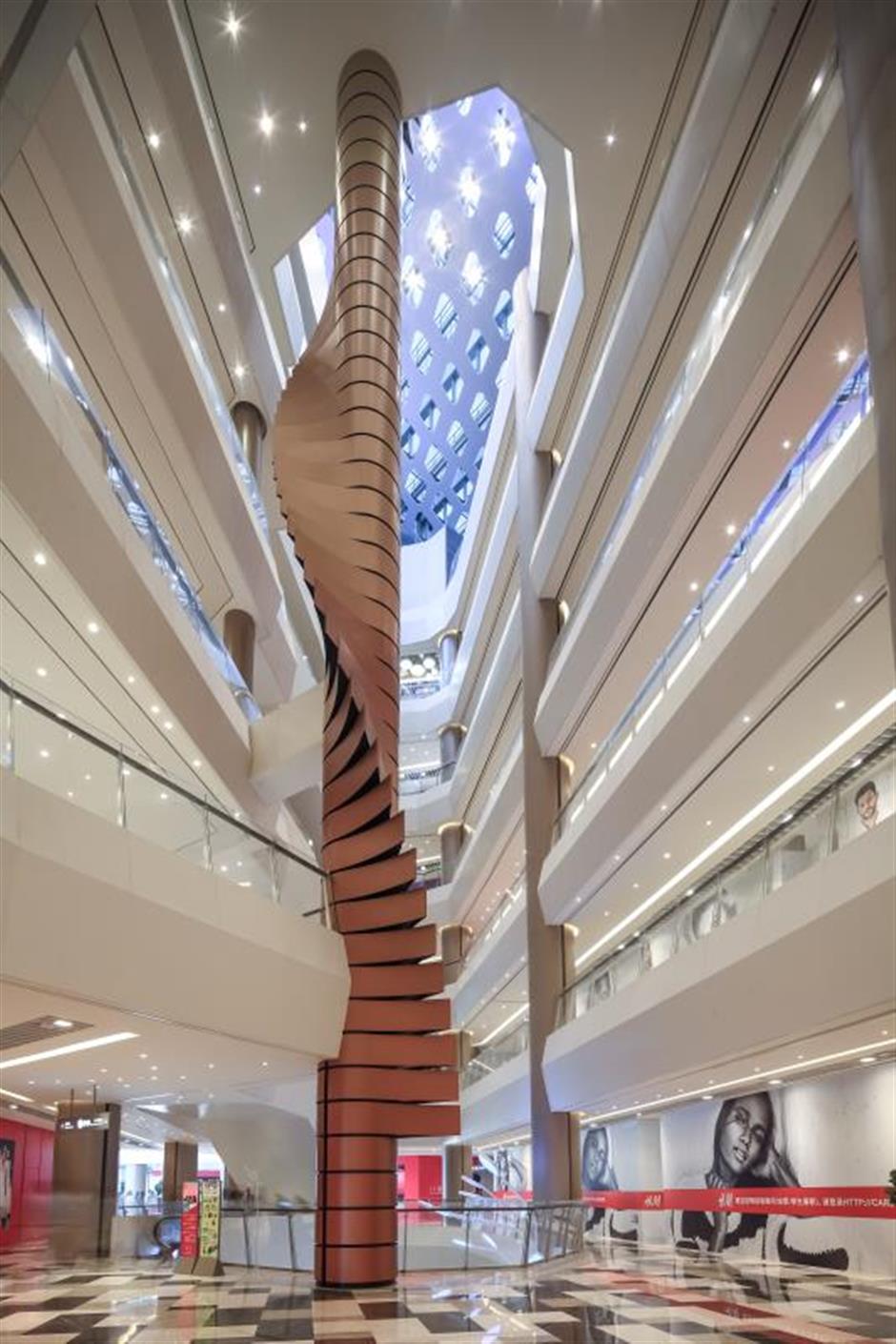 The talent pool at B+H is composed of teams of multi-generational, multi-cultural experts that bridge various disciplines and offer different and unique points of view.

"We create a physical and cultural workspace environment that encourages dialogue, creativity and collaboration, where every voice is heard and ideas are celebrated," Cvornyek said, referring to it as part of Shanghai's culture of being inclusive and being diversified.

Bai Rui, vice president and general manager of Northern and Eastern China at AECOM, also spoke highly of Shanghai as a destination for investment, albeit he comes from Beijing and lived for a long time in the US.

"Shanghai has the best business environment, there is no 'one of'," Bai said. "The policies here are well explained and strictly carried out. People have rules to follow and feel safe about the expected outcome … Stable policies and transparent processes are of great importance for companies in creative industries that have high requirements for compliance."

Shanghai has kept accelerating its business reforms and improving its business environment. They helped move China from 78th place to 31st in the World Bank's "Ease of Doing Business" rankings last year.

Shanghai Party Secretary Li Qiang once said "Shanghai must constantly improve its business environment to succeed in development initiatives, instead of just depending on incentive policies."

Qiantan in Pudong New Area, Wujiaochang in Yangpu District, Caohejing in Xuhui District and fast-growing commercial properties in the five new cities of Jiading, Qingpu, Songjiang, Fengxian and Nanhui are complementing the traditional business clusters, including Lujiazui in Pudong, the Bund in Huangpu District and Nanjing Road W. in Jing'an District.

"Unlike other cities, Shanghai is diversified and balanced in its layout. You don't need to rush to the so-called central business districts, because every district in Shanghai has a CBD as well as its own recreational centers with shopping malls, cinemas, restaurants, gyms, museums, parks, libraries and fairs, which altogether make life friendly for residents with different needs," Bai said. "As Shanghai is further developing her 'satellite towns' like Lingang, Jiading, Fengxian, etc., AECOM is actively seeking for the opportunities to contribute to those new developments as upgrades to the city."

Most recently, Shanghai hosted a world coffee culture festival, and people suddenly found, as of January, the city is home to 6,913 coffee shops, ranking it No. 1 in the world. There's an average of 2.85 coffee shops for every 10,000 people in Shanghai, the same density as in New York, London and Tokyo.

"As China's financial center, Shanghai is a fast-growing, dynamic metropolitan city, with strong legal, political, social, and business environments. Its desirable business ecosystem has attracted the best talent in China and from around the globe, making it the ideal city for international companies to establish business in the region," said Cvornyek.

In the next stage, urban design companies like AECOM and B+H Architects will ride the city's carbon neutrality mission, an element already embedded in their design principles.

"It offers new opportunities, and is in line with our top rule of design – respect nature," said Parks.