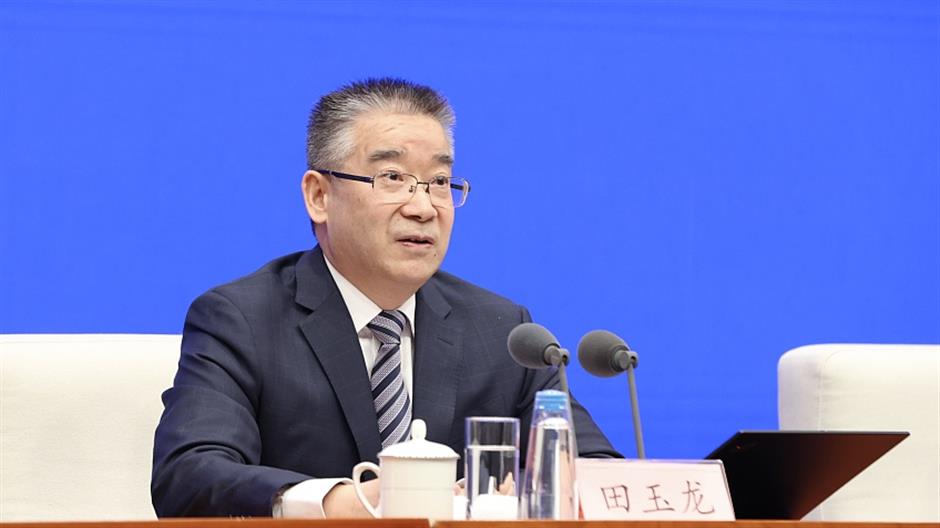 Tian Yulong, chief engineer of China's Ministry of Industry and Information Technology, delivers opening remarks at a press briefing in Beijing on January 20.

China's industrial economy continued to recover in 2021, braving multiple challenges amid the pandemic, officials from the Ministry of Industry and Information Technology told a media briefing on Thursday.

"A holistic approach" was the key to a stable industrial growth, said Tian Yulong, chief engineer at MIIT, citing a series of policies and measures adopted to "safeguard main market players, stabilize investment and promote consumption."

Tian said the added value of industrial enterprises above the designated size increased by 9.6 percent year on year in 2021 – an average of 6.1-percent growth since the pandemic's onset.

The value-added industrial output measures the activity of designated large enterprises with an annual business turnover of at least 20 million yuan (about US$3.14 million).

Moreover, Tian admitted that industrial production slowed in the third quarter of 2021 due to a superimposed influence from sporadic occurrences of COVID-19 cases and energy shortages.

However, companies' performance improved significantly after the deployment of measures that aided enterprises and secured energy supply, he said.

The manufacturing investments rose steadily – 13.5 percent year on year and 4.8 percent for the past two years.

Meanwhile, exports of industrial products experienced fast growth as the export shipment value of industrial enterprises above the designated size posted a year-on-year increase of 17.7 percent, also a two-year average growth of 8.3 percent.