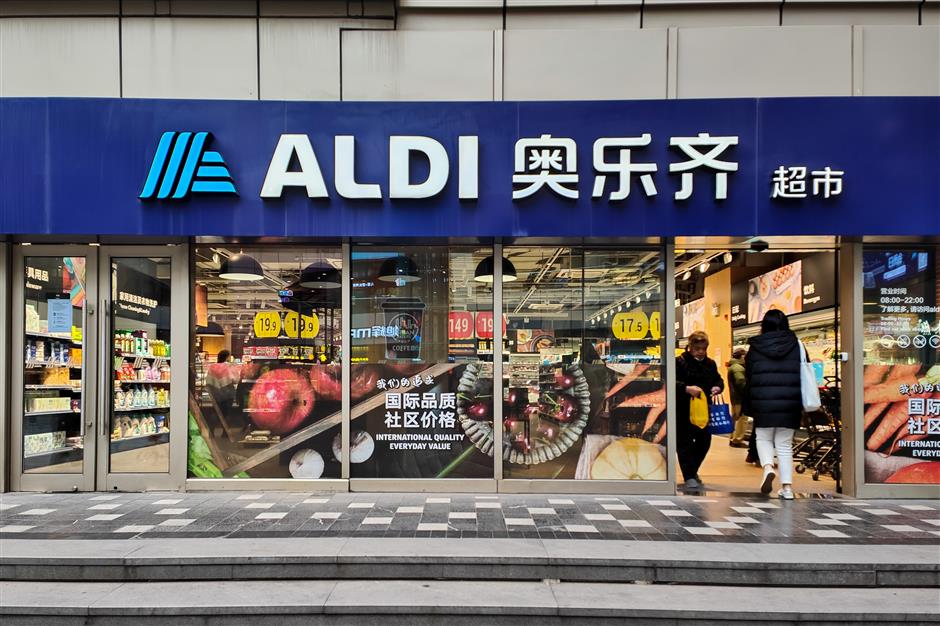 German discount supermarket chain ALDI is reported to be deliberating an ambitious plan of opening hundreds of new stores in China, especially in Shanghai and other cities in the Yangtze River Delta region.

The bold move comes three years after it made a discreet foray into the tough, crowded Chinese retail market, where many foreign-invested players have struggled and failed.

"China is and remains one of the most fascinating markets in all areas," Roman Rasinger, managing director of ALDI China, was recently quoted as saying by Handelsblatt, a German economic and business daily.

For Shanghai alone, he said, the firm plans to bring in three-digit number of stores. It has so far opened 26 brick-and-mortar outlets in China, all based in the commercial hub.

The Germany-based retail said it was also considering expanding its business to other parts of China and is making relevant evaluations.

The news sounded encouraging to Clare Xu, a 32-old office worker and a mother of two, who prefers to buy imported infant formula milk powder at ALDI China stores.

"With some promotions, the products are good for the price and the quality is ensured," she explained.

Among the retailer's wide range of offerings, Xu said her favorites are imported products and exclusive China commodities.

The Chinese fresh grocery market is projected to hit around US$976 billion in 2025, according to an industry report.