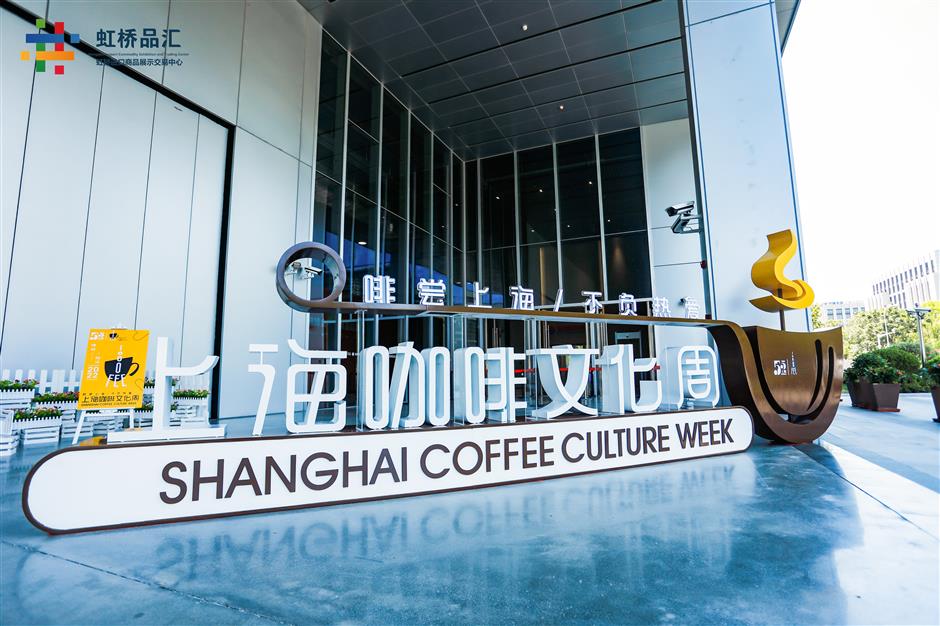 A wide range of discounts are being offered and latest technologies are on display as a two-week coffee promotional season officially kicked off in Shanghai on Thursday.

Delivery sites and tech startups have made latest technologies available as part of the ongoing efforts to boost consumption and consolidate the city's position as an international consumption hub.

Shanghai's coffee culture has been an important element of the city's urban style and an essential element of building a high quality of life for residents and visitors.

Coffee stores and online delivery platforms will be giving away free drinks and vouchers for customers as the city's retail scene regains vibrancy. 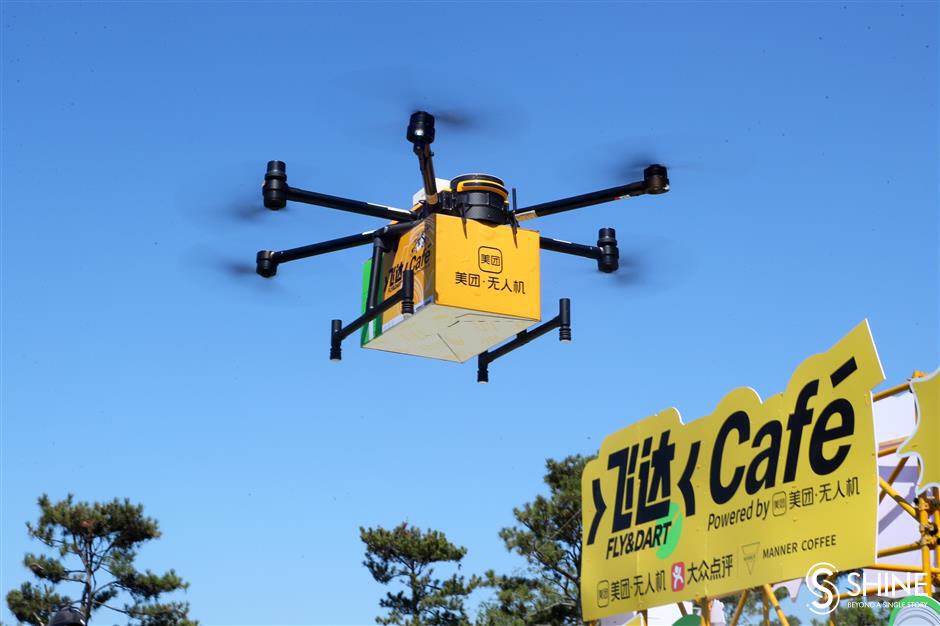 A Meituan drone took off to deliver Manner's takeaway coffee for shoppers at a riverside camping site in the Pudong New Area on Thursday.

It takes about two minutes for the drone to deliver drinks from the riverside cafe to the campsite, which would take about 10 minutes on foot. The route is not easily accessible for delivery staff by electric bike or moped.

Meituan's drone delivery service has been under trial operation in cities like Shenzhen and Hangzhou.

"We will draw experience from the trial operation to include more food and beverage vendors in the near future to serve takeaway orders," said Mao Yinian, head of Meituan's drone business. This will provide better dining service as some leisure outdoor spaces don't allow delivery staff and mopeds. 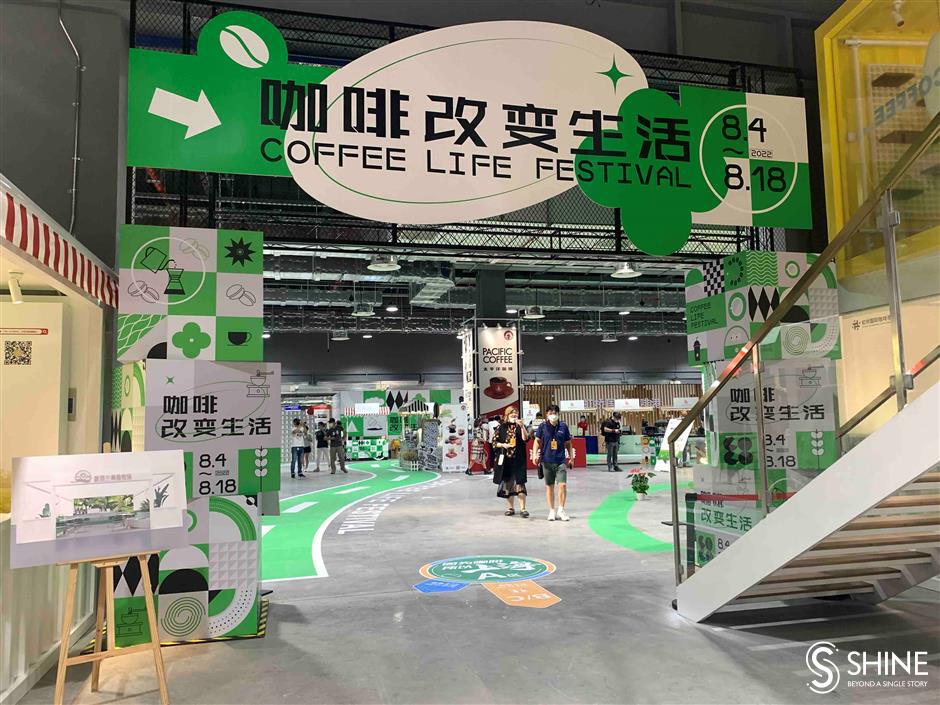 A view of the Coffee Life Festival venue

A total of 30,000 coffee takeaways will be given to shoppers for free on Ele.me starting on Friday.

The takeway platform will also offer a series of discounts and virtual vouchers with popular chain coffee stores like NOWWA, M Stand and SEESAW.

Shanghai's coffee market has shown strong momentum and the amount of spending by the city's shoppers has topped domestic cities for three years in a row, according to data from Alibaba's lifestyle services and its online shopping sites.

The most vibrant areas include neighborhoods in downtown Huangpu, Jing'an and Changning districts as well as the Pudong New Area.

Domestic and foreign players and state-backed trading platforms are actively playing their parts to elevate the industry's development.

The Hongqiao Import Commodity Exhibition and Trading Center, which hosts the newly-unveiled coffee trading and exhibition platform, the Shanghai International Coffee Harbor, hopes the combined import and export volume of coffee companies and relevant trading firms on the platform will reach 10 billion yuan (US$1.48 billion) by 2025.

Zhu Jing, deputy general manager of the trading center, said she hopes the center will become an essential platform for coffee businesses of various sizes and an indispensable channel for coffee trade firms and businesses.

Talent training and barista qualifying contests will be held at the Shanghai International Coffee Harbor and national vocational barista skills standards will also be drawn up.

Zhu said the city also hopes to compile a Shanghai coffee bean price index in the future to provide guidance for industry participants. 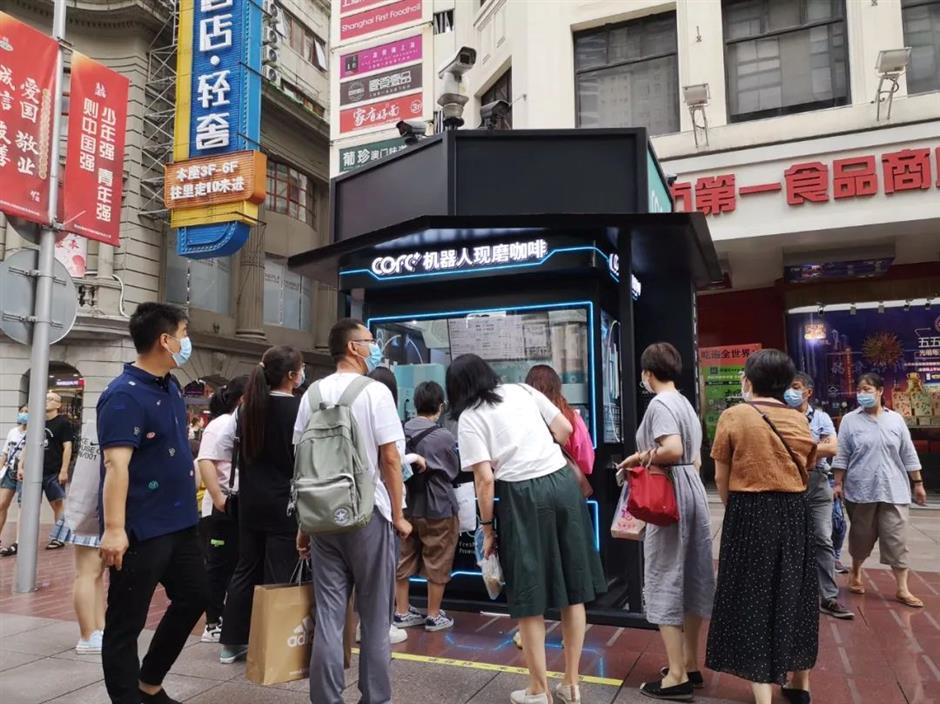 Local startup Cofe+ has put into operation dozens of robotic coffee kiosks in the city.

Meanwhile, dozens of robotic coffee kiosks operated by local startup Cofe+ have been put into use in Shanghai.

Founder Philip Han said the company plans to add tens of thousands of kiosks at local shopping malls, communities and office buildings in the next three years.

Covering only 2.5 square meters, it produces freshly-made coffee in less than one minute and the local startup's kiosks are already available in overseas markets.