Bike-rental firms struggle to survive and turn a profit

Bike-sharing companies might want to look at alternative ways to generate profits and merge their services with other offerings to cater to rider demand.

As the so-called "sharing economy" fad is gradually fading away, industry analysts said the survivors might want to consider an integrated way for lifestyle services and commuting instead of just bike rentals.

"Shared rental bike" services enable people to scan and ride using their smartphone applications and pick up or park bikes at the nearest available spots instead of owning them.

Major bike-rental firms recently raised their standard monthly charge and triggered a heated debate about whether their businesses would survive long term.

Meituan has added 10 yuan (US$1.47) to its standard monthly subscription fee – now 35 yuan – for bike rentals, saying the price hike was due to "increases in hardware, operations and maintenance costs."

HelloBike, of which the Ant Group is the majority shareholder, has increased its per-ride price from 1.5 yuan to 2 yuan for the first 30 minutes in cities in central and southern China. 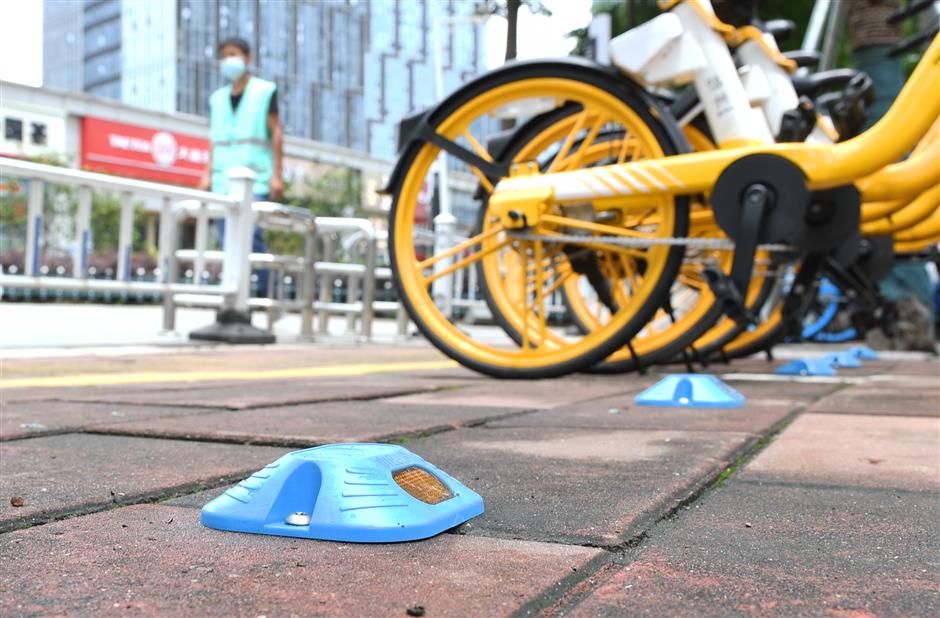 Dozens of regional and national bike-rental services popped up around 2017, charging as little as 0.5 yuan for a 30-minute ride.

Currently, the starting price for a 15-minute ride is 1.5 yuan and 1 yuan for every additional 15 minutes.

The monthly subscription fee ranges from 15 to 18 yuan, which varies in different areas depending on discounts offered.

The price of raw materials for bicycles jumped 10 percent in the first quarter of this year from a year ago, which is passed along supply chains, according to data from the China Bicycle Association.

These companies have relied on financing and expansion plans to keep their businesses running.

Meituan and Didi have not released revenue figures from their bike-rental services, but they're believed to have lost money.

Last year, Hello Inc submitted a prospectus to the United States Securities and Exchange Commission for a NASDAQ listing, aiming to raise US$100 million. The company lost money between 2018 and the first quarter of 2021, and its gross margin was only about 6 percent for its bike-rental business in 2020, whereas its carpooling service had a margin of more than 80 percent over the same period.

The company later suspended its NASDAQ listing plan due to regulatory concerns for overseas-listed Chinese firms. Meituan (formerly known as Mobike), Didi and Hello Inc are the three major survivors in the bike-rental industry.

For many riders that commute 1 or 2 kilometers in the city center, bike-rental services are a daily necessity despite the recent price increase.

Peng has been working from home for several months and only uses rental bikes to go to nearby supermarkets.

"Meituan's weekly riding service costs about 7 yuan, which is reasonably priced if I want to run an errand to the nearby market or department store," she added.

For others who don't rely on rental bicycles for commuting, they still offer a respite from the hassle of urban life.

"It would be a pity for rental bikes to scale down their operations in the city center," said Sophy Liu, who uses rental bikes for leisure purposes.

She sometimes picks up a rental bike near a metro station close to a riverside walkway and rides along the cycling path.

"I can drop off the bike at the nearest parking spot when I feel tired and go home by metro," she said.

However, some are still unaware that the one-off charge for rides longer than half an hour can cost more than bus rides.

Many take it for granted that the 30-minute price is still between 1 yuan and 1.5 yuan and have called for better messaging on the smartphone application.

Chinese commuters prefer cycling over the metro, buses and other forms of transportation, according to a latest survey of about 3000 domestic consumers.

People's preference for bikes may be here to stay for the long term, but the demand for rental bikes is unclear.

The recent price increase highlights the difficulties of generating profits for bike-rental providers.

"The standard monthly subscription rates have not been adjusted for nearly six years, and from my understanding, the adjustments wouldn't affect most users considering other discount formats," said Zhang Yi, chief executive officer of local consulting firm iiMedia.

"Due to daily maintenance and operation costs, rental bikes are not likely to become a stand-alone profitable business," said Chen Liteng of the China E-commerce Research Center.

Chen said customer experience will be a decisive factor as riders choose from different rental bikes in the future.

Regulations against non-motor-powered vehicles were put in place in Shanghai last year, with fines as high as 100,000 yuan for those who don't park rental bikes in designated areas. 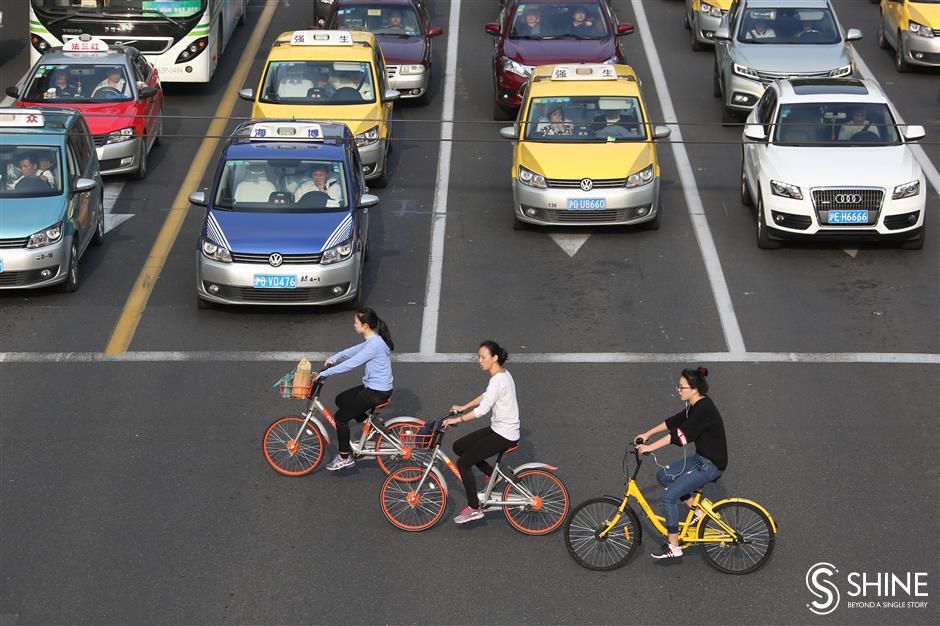 Chinese commuters prefer cycling over the metro, buses and other forms of transportation.

Analysts expect e-bikes could be an attractive choice for commuters in lower-tier cities and help digital-lifestyle service providers expand in less competitive markets and boost profitability instead of just relying on renting bikes.

For traditional bike-rental businesses, bikes serve as a function to draw and retain customers but it's hard to become a profitable business, according to Dongxing Securities' analyst Shi Weijing.

He expects revenue of more than 10 billion yuan by 2025 for each of the three major bike-rental platforms.

Youon has focused its bike rental and smart mobility service in eastern China. In the first quarter of this year, its profit margin fell 57 percent and revenue decreased almost 16 percent year on year.

It plans to launch a fuel cell system for commercial vehicles and hydrogen-powered e-bikes through retail channels.

The company opened a fully owned subsidiary in Shanghai earlier this year to cover hydrogen refill businesses as it hopes to ride on the clean energy wave.

Hello Inc has released its e-bike in more than 300 cities, while Didi and Meituan are looking to do the same in around 200 cities.

First-tier cities like Beijing and Shanghai still forbid unlicensed e-bikes and limit the number of these bikes rental firms can offer.

But last year, Shanghai unveiled a guideline for detailed rules to be created that encourage the integration of slow traffic, such as biking, and public transportation to suit daily commuting.