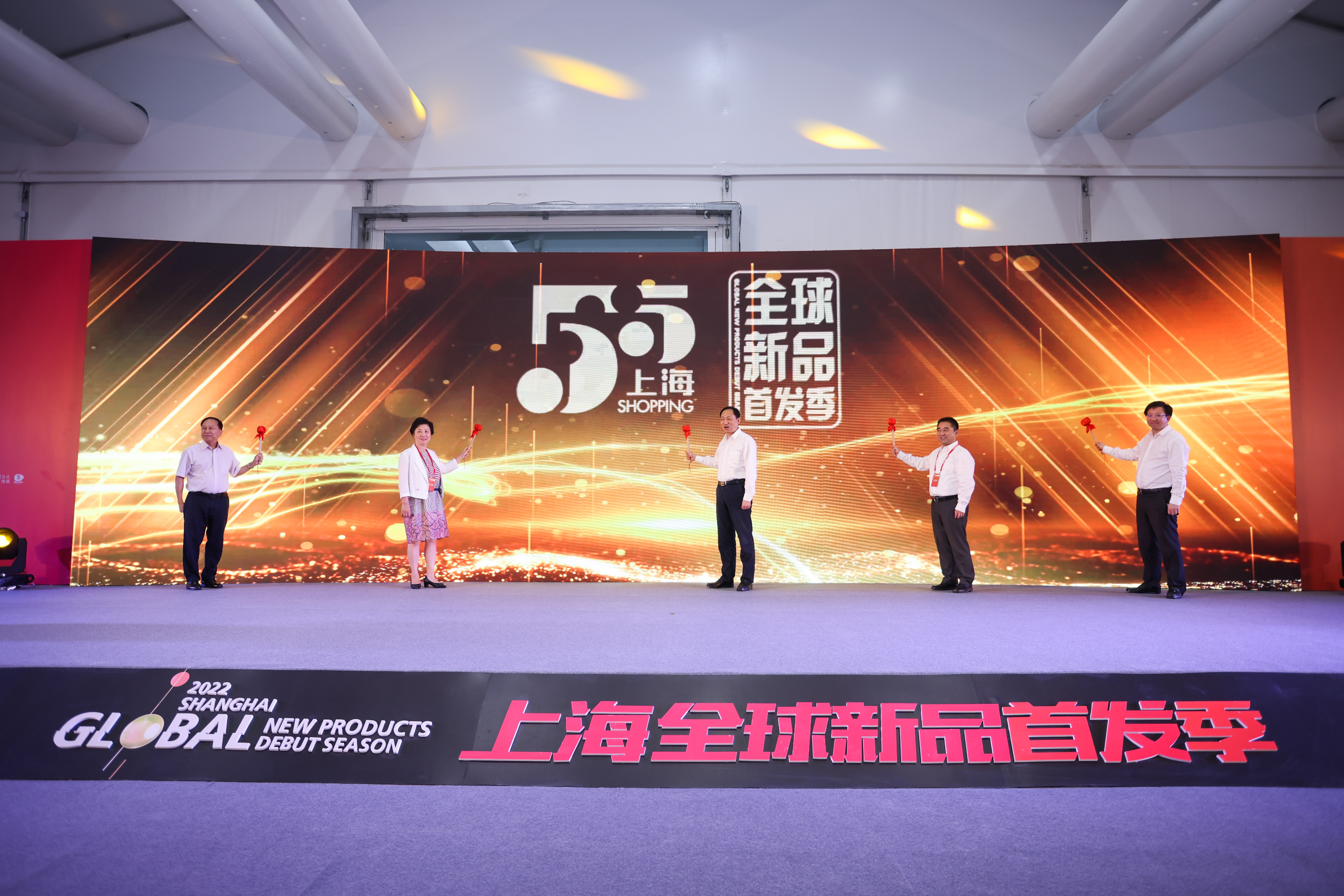 Global luxury brands and China's chic designer brands are taking to the stage, as Shanghai seeks to consolidate its position as a fashion hub and shopping destination with the launch of the 2022 Shanghai Global New Products Debut Season.

More than 200 domestic and home brands are scheduled to launch product debut activities over the period as a part of the annual Double Five Shopping Festival.

Dozens of new products, digital service, new technologies are being showcased at a weeklong exhibition staged at the West Bund Art Center as the city continues its efforts to become a top shopping destination and a consumption hub.

Shanghai Commerce Commission looks to turn the event into a flagship campaign, attracting players in the fashion industry. Downtown districts like Huangpu, Jing'an, Pudong and Xuhui have been designated as demonstration zones for new product debut.

Brands are still favoring Shanghai and have rushed to the city to open their first stores to bring new retail formats. In the first eight months, new debut store openings totalled 609.

Last year Shanghai recorded a total of 1,078 debut stores and flagship openings, an 18.6 percent increase from a year ago, and more than 3000 domestic and overseas brands hosted product launch activities and exhibitions in 2021.

Local skincare company Forest Cabin has added an upgraded camellia skincare oil to its product offering which will be on sale on September 15.

Shanghai Commerce Commission also announced that preferential policies would target those that bring debut brands and stores in the city and market leading business formats to further boost the fashion industry.