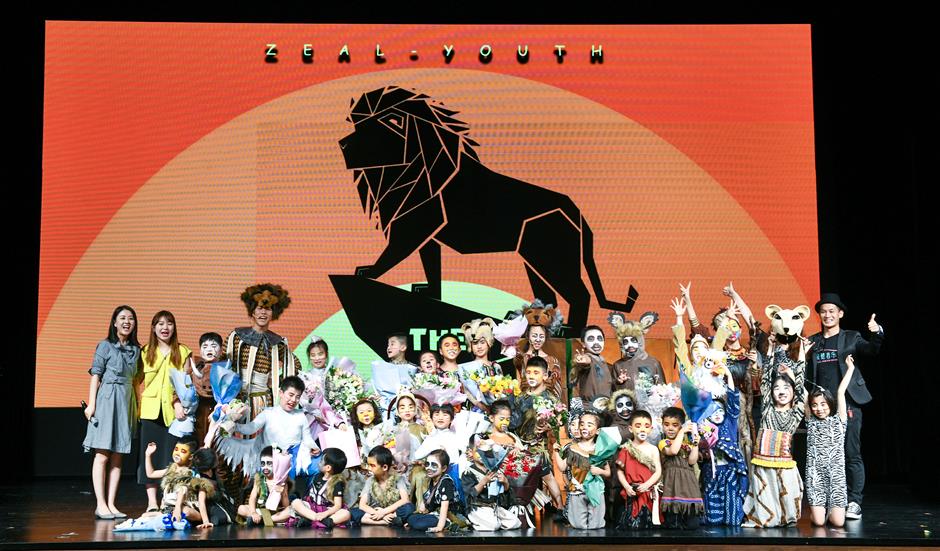 Most of the young performers are students of Shanghai’s international schools.

The school semester has come to an end for most children, but one group of students received their “final examination” only this week when the English musical “The Lion King Jr” was staged at Changjiang Theater in Huangpu District.

What made the performances special was that all the actors were children aged between 6 and 14. The shows also served as a report-back performance by the kids after one year of training and learning music.

Most of the young performers are students at Shanghai’s international schools, who sacrifice after-school hours for musical courses at Zeal-Youth Culture, a company providing bilingual musical education to children.

“Drama and theater have become popular hobby among children and their parents in Shanghai. We found that musical is even more appealing for young students compared with other stage performance forms,” said Tao Wenwen, operative director of Zeal-Youth Culture.

According to Tao, singing is an easier way for children to express themselves, compared with other performing forms. Musicals usually create an active atmosphere on stage, which is appealing to children and helps them stay focused during the courses.

“After picking up a role, a child has to gradually understand the character and think from another person’s angle, which is an important ability in their growth," said Tao.

"We also encourage the young actors and actresses to review their own performances and seek improvement for themselves,” said Tao. 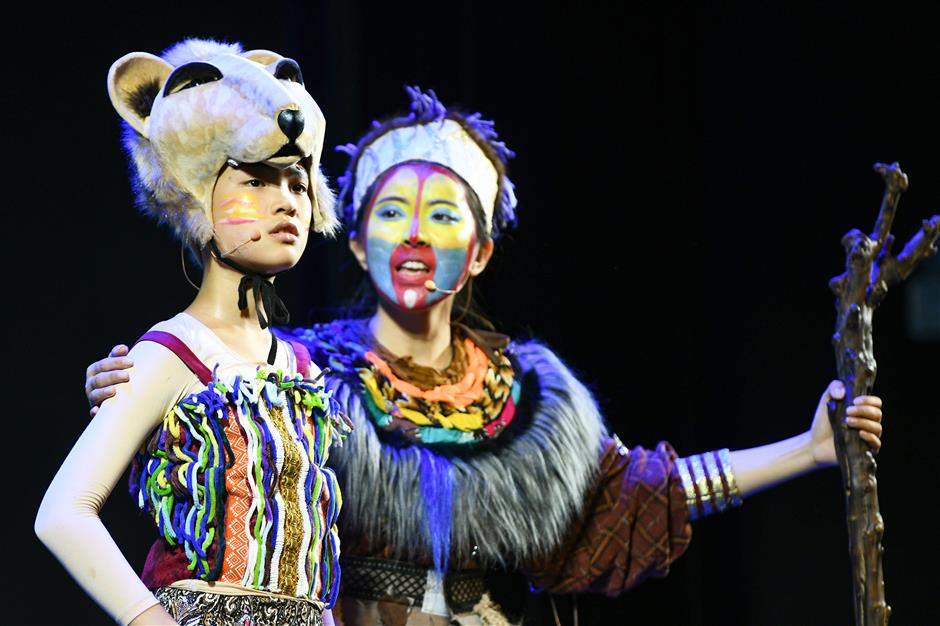 Vocal and body training is time-consuming for young performers, who have however learned about persistence through the roles they play.

“I like the Lion King very much, especially the stories that happened to Simba,” said Felix Qin, a fourth-grade primary school student who played the role of lead character Simba.

“You always find positiveness in Simba, and that’s how I want myself to be. The story is all about courage and responsibility, so I committed to working hard for the musical all this while, which is how a responsible man should be."

Tao said: “Felix used to be shy on stage. But as the major character, he performed like a monitor in class, who memorized the whole play well and could even lead his fellow performers. The cultivation of self-confidence and cooperative ability is exactly what we want the children to learn during the process.”

Zeal-Youth will introduce another musical “Elf” in the new semester.

Tao said the company is in cooperation with some US-based drama societies. Selected students will be invited for exchange programs during the summer vacation to perform together with their American counterparts.