A recent revamp has seen the lawn at Shanghai No. 3 Girls’ High School restored after it had earlier been converted into a sports ground.

The 1920 catalogue of McTyeire School contains a nice photo of a biology class. A dozen Chinese girls wearing white skirts are looking into microscopes in a lab filled with specimens.

Murphy, who had designed many school buildings in China from 1913 to 1929, possibly proposed combining modern function with traditional Chinese architectural styles.

“But traditional Chinese architecture had less of an impact in Shanghai,” says Shanghai Tongji University associate professor Hua Xiahong, who is now a visiting scholar at Yale University. “I think Hudec’s choice of Collegiate Gothic — a solemn, elegant architectural style popular in American schools and colleges from the late 19th century to 1930s — better matched the ideas of the school.

“Unlike Medieval Gothic style, a Collegiate Gothic building is a modern building in terms of structure, function and layout, such as the two buildings that Hudec designed for the McTyeire School,” Hua adds. 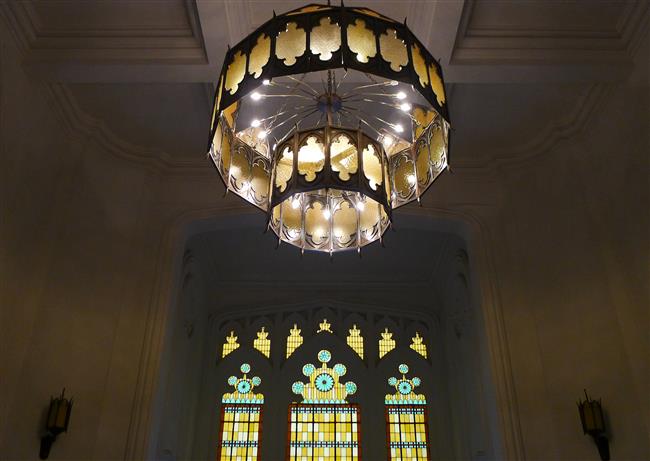 The Christian school for girls started off with less than 10 students in 1892 on Hankou Road, east of Moore Memorial Church, another Hudec design. The catalogue notes that although Laura Haygood was regarded as the school’s founder, it was a long-cherished plan of John Allen, a famous Southern Methodist Church missionary from the United States.

“When Dr Allen founded the Anglo-Chinese College for boys in Shanghai, he saw the necessity of having a similar school, in which the sisters of the boys, children of the well-to-do classes, could receive a liberal education, including not only the classical learning of their own sages, but language, literature, and science of the West,” the catalogue states.

It also indicates the advantages of the school’s location. “A few years spent in Shanghai amid opportunities afforded here means a broader outlook and a special preparation for the new order that is to be in the old land.”

Soon the school began to appeal to the Chinese upper-class as it had established a reputation for providing excellent education to girls. Enrollment rose to 423 in the 1919-20 school year and even the famous Soong sisters studied there.

A news feature in 1922 Shanghai Sunday Times praised Curry and Hudec as ideal partners for the project.

“Both men of artistic vision who worked together well, Mr Curry with his experience of building schools of this type in America, and Mr Hudec with an old world background of artistic tradition,” the report says.

However, “to construct such a building in Shanghai, a 14th-century building designed by a 20th-century architect, to be not only looked at with 20th-century eyes but used by an alien race, whose living customs are -entirely different from the Western world, would seem almost an impossibility.”

The one solution was to adapt it, but in doing this there was always the danger of losing the spirit of the historical architecture.

“In this instance it was particularly difficult, for secular Gothic, with its predominating wall spaces and small openings, as it does not lend itself readily to the needs of a hot climate,” according to the article.

The project began with a team of 650 workers. A three-and-a-half-story building was planned and completed in the spring of 1922.

Facing a huge garden, the building featured a lancet corridor and a steep, red-colored double sloping roof graced by dormers. The building was named “Lambuth Hall” (today’s May 1 Building) in the memory of the late Bishop Walter Russell Lambuth.

But a shortage of funds led to a work stoppage and the other building, Richardson Hall, named after the school’s second headmaster Helen Richardson and today’s May 4 Building, was not completed until 1935.

The T-shaped, brick-and-wood structure is also three and a half stories high and has a giant red-tile sloping roof with dormers. With a line of classrooms facing south and an auditorium in the back, the building was simple, yet elegant.

Above the main entrance, three white Gothic lancet windows graced by petal patterns and stained glasses brought warm, subtle light and shadows to the inside. The floor was paved with patterned, rainbow-hued terrazzo.

Professor Hua says Hudec designed a great building. “The two buildings circle a big lawn and thus create a large, symmetrical public space,” she says. “To save money, Hudec designed most parts of the buildings in a simple-cut modern way but adapted refined Gothic elements such as Gothic windows with stained glass, colonnades and arches. The final effect is great.” 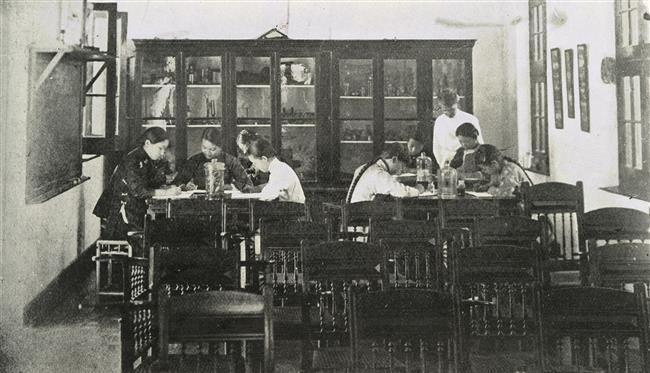 Students study in a chemistry lab in this archive photo. 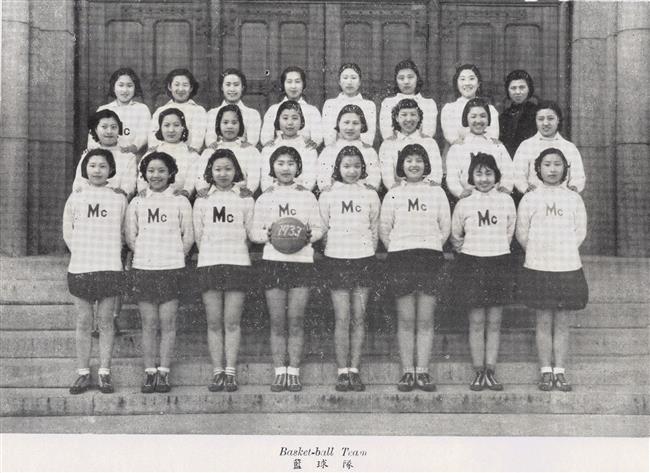 During China’s War of Resistance Against Japanese Aggression (1937-45), the school was taken over by Japanese soldiers in 1943 and used as a military hospital. In 1952, McTyeire School and St Mary’s Hall, another top missionary school for girls where the famous writer Aileen Chang studied, were merged; it was renamed Shanghai No. 3 Girls’ High School.

A recent revamp has seen the lawn restored after it had earlier been converted into a sports ground.

Zheng Defang, who attended McTyeire School back in the 1930s, still remembers her time there. “The lawn was so big and green,” she says. “When I was bored in class, I would glance at the lawn. Then my heart flew out of the window and my worries were gone.”

Both Hudec buildings have been restored and the Gothic details are still noticeable today. Architect Lin Yun from Shanghai Zhang Ming Architectural Design Firm even designed an antique ceiling lamp with petal patterns to match the landmark lancet windows in Richardson Hall.

Today the school has about 900 students and the curriculum includes special classes for girls like theater, tea ceremony, Western culinary etiquette and natural sciences.

That mirrors the courses given more than 90 years ago, when McTyeire girls were taught music, etiquette, arts of life and Western sciences.

“Traditionally China has ignored girl’s education and a popular old saying was, ‘Ignorance is a woman’s virtue.’ The McTyeire School has greatly pushed forward the liberation of Chinese women and thus influenced the modernization of Chinese education,” he writes in a study about the school.

The 1920 catalogue proudly states McTyeire girls “are usually young women of purpose and noble ideals ... They are going out into their nation’s needs with brave hearts and worthy motives. A close talk with any one of them reveals the fact that she wants to make her life count for the greatest possible good.”

The campus that Hudec has contributed to has created a learning environment where girls can thrive.

“The teaching building had two banana shrubs at the gateway and I can still remember the sweet aroma,” recalls former student Zheng.

“The campus also had a variety of other precious flowers. Such a beautiful campus enabled me to love trees, grass and flowers, to enjoy the beautiful environment and love life. This is an aesthetic education.”

The back of the 1920 catalogue showcasing these Chinese girls studying microorganisms in their white skirts features the school’s motto — “Grow, Live, Love.” Nearly a century later it remains relevant. 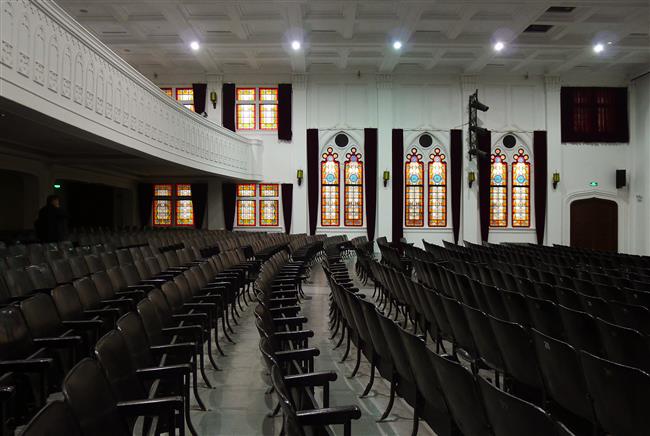 The interior of the auditorium in the back of the Richardson Hall.

Tips: Visitors are usually not allowed to enter the school.