The guqin, a member of the zither family, is an ancient musical instrument, but that doesn’t mean the music it plays has to be antiquated.

Listen to a group of young guqin musicians playing the theme songs for the TV saga “Game of Thrones,” the sci-fi thriller “Inception” or the Japanese anime “Doraemon.” They are giving the instrument a new lease on life.

The group is called Zide Guqin Studio, and its art director Tang Bin arranges the contemporary works for the seven-string plucked instrument, which dates back more than 3,000 years.

The theme song for the Japanese anime “Doraemon,” performed by Zide Guqin Studio

The stylish music videos produced by the musicians have gone viral on Bilibili and YouTube, platforms with hundreds of thousands of subscribers.

“Guqin is like a soup that has been simmering for hundreds of years,” said Tang, 35. “In order to keep the flavor fresh, you need to constantly replenish it with new ingredient and more firewood to keep it stewing. Otherwise, the soup goes bad and then eventually evaporates, and the soup pot is relegated to a museum exhibit.”

The “ingredients” that Tang puts in the “soup” include new arrangements of classical guqin music, popular song adaptations that may even feature some accompaniment by “foreign” instruments, and the use of more recent electronic guqin. 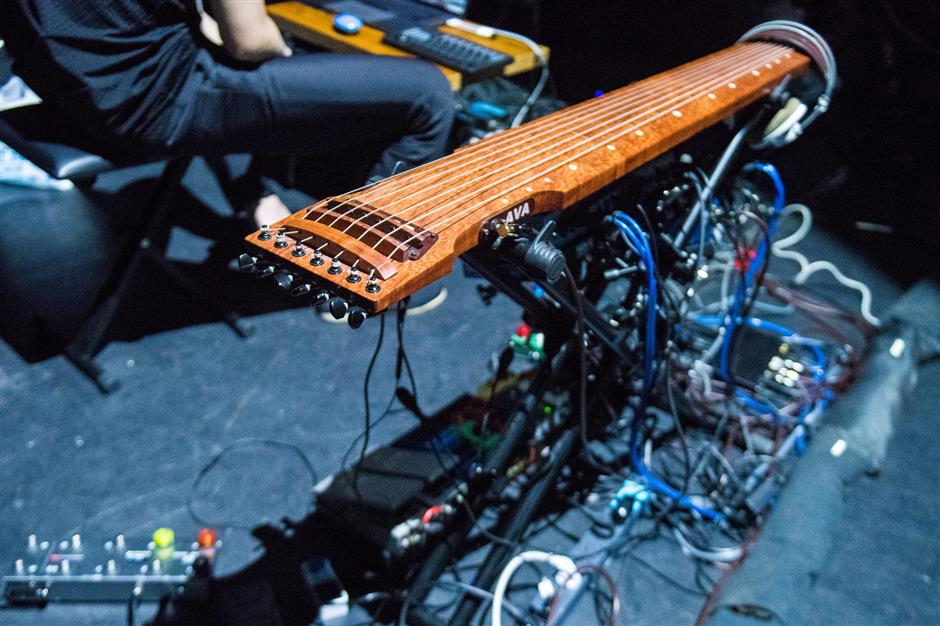 The advent of the electronic guqin has added a modern sound to the classical instrument.

The traditional instrument was re­vered by ancient Chinese literati for its subtlety and refinement. Playing the guqin was once considered as one of the four basic artistic accomplishments required of ancient literati, along with the game of go, calligraphy and painting.

“We want the elite art to step down from the altar and become accessible to more people,” said Tang.

Zide Guqin Studio is now making that happen. It is starting to attract musicians in their 20s and 30s.

One of the new generation of devotees is Bai Wuxia, 27, from Changsha, capital of Hunan Province.

She was first attracted to the instrument in primary school through the martial art novels written by Louis Cha, who wrote under the pen name Jin Yong.

“Many characters play the guqin in his novels,” said Bai. “In the beginning, I didn’t even know what the instrument looked like or how it sounded, but I fell in love with it.”

A guqin soundtrack of the 3D role-playing video game “Gujian Qitan” firmed her resolve to learn to play the instrument.

That was no easy task. Learning to play the guqin requires patience and years of hard practice.

Born into a traditional Chinese family, Bai’s parents highly prized the value of education. She wasn’t allowed to develop any hobbies before taking the college entrance examination.

In the summer holiday months before she started university in 2010, Bai began to study the guqin at a studio in a temple on Yuelu Mountain, west of Changsha.

“I unwisely wore a pair of kitten-heel shoes when I first went there,” she said of the trek up the mountain. “What’s worse, I lost my way and one of my shoe heels broke off.”

But the melodious tones of the guqin once she arrived at her destination washed away her stress.

“It was like a sip of water in an endless desert,” said Bai. “I can still remember the song that my teacher was performing at the time: ‘Wolong Yin.’”

Bai later moved to Shanghai, where she intended to study materials science at Shanghai University but later changed her major to history.

It was in Shanghai where Bai first encountered Tang and joined the Zide Guqin Studio in 2015. She now teaches guqin lessons and serves on the operations staff there.

According to Tang, there are more than 1,000 students studying the guqin in the studio. Most of them don’t live in Shanghai and are learning to play from online lessons. About half the students came to know the studio through music videos on social media. 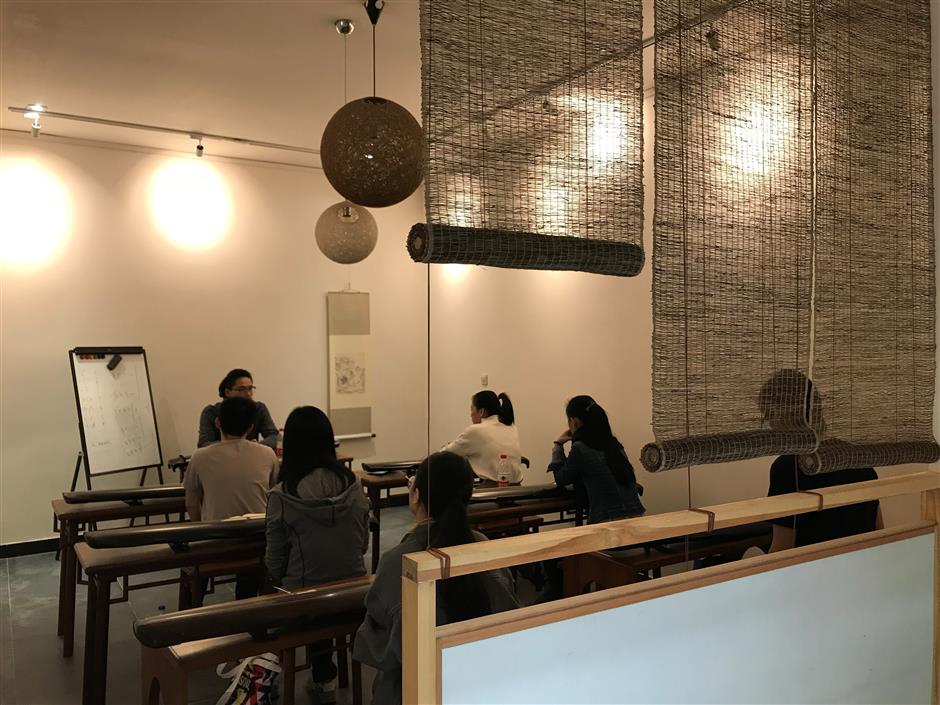 Their backgrounds may be different but their goal is the same — to promote guqin playing.

“We follow our hearts and don’t chase fame or gain,” said Tang.

One of their most popular videos on YouTube features the theme song of the Chinese web series “The Longest Day in Chang’an,” which portrays life in the Tang Dynasty (AD 618-907).

The video attracted 1.3 million views in six months. The music was arranged by Tang, who also did the filming and editing.

“It is like a modern band,” said Tang. “The guqin acts as the bass, and the guzheng echoes it. Bamboo flutes can be seen as vocals, carrying the main tune of a song. Percussion instruments spice up the rhythm.”

The video provides visual as well as acoustical enjoyment. The musicians dress in Tang-style clothing and play against a warm amber background. The clothing, ornaments, make-up and hairstyles are all authentic from the period.

Netizens praised the video. Of the some 7,000 comments posted on YouTube, one left by a Japanese viewer deeply impressed Tang. It said: “Teacher, you are back!”

“I was thrilled because that meant viewers were taking in traditional culture, which was lost in China and is finally making a comeback,” said Tang. “That was an enormous compliment for us.”

Using a violin bow across the strings of usually plucked guqin causes a vibration and amplifies the sound of the instrument. That is Tang’s way of giving us a whole new understanding of the traditional instrument.

“However, we can’t forget the roots of guqin culture,” said Tang.

“Innovations are used to attract the public to the guqin, but we fundamentally hope that they will resonate with the artistic beauty of traditional Chinese musical instruments.”