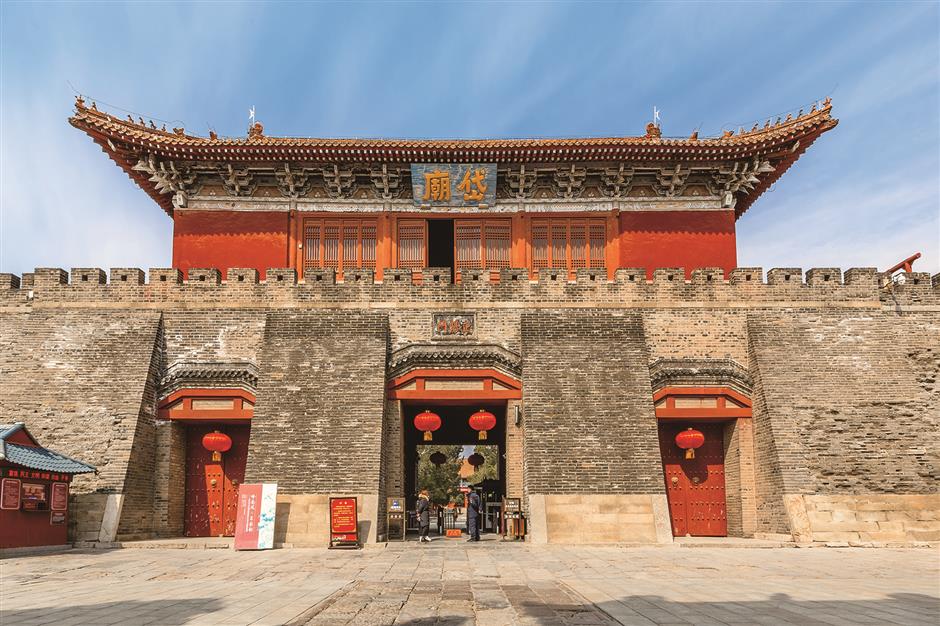 Daimiao Temple, sitting at the southern foot of the mountain, was the place where emperors held grand ceremonies to “get themselves certified by the gods.”

Neither the highest nor the greatest, Taishan Mountain in Shandong Province still holds a special position among all Chinese mountain ranges.

It was a sacred mountain, exclusively for emperors to keep in touch with the gods, who granted supreme power to the human monarch.

Daimiao Temple, sitting at the southern foot of the mountain, was the place where emperors held grand ceremonies to “get themselves certified by the gods.”

Covering an area of 96,000 square meters, the temple was first built in the Han Dynasty. It had been renovated by emperors in the past and adopted an imperial architectural style with more than 150 rooms.

The overall layout was constructed according to the highest standard of temples built in the Tang Dynasty (AD 618-907).

With three longitudinal axis and two horizontal axis, the compound is balanced and symmetrical, expanding from the south to the north.

Yaocan Pavilion in the front court of the temple is the place where an emperor would hold a small worship ritual before the official ceremony. It was guarded by two squatting iron lions at the gate and surrounded by a pond, with water running from two dragon-head outlets. 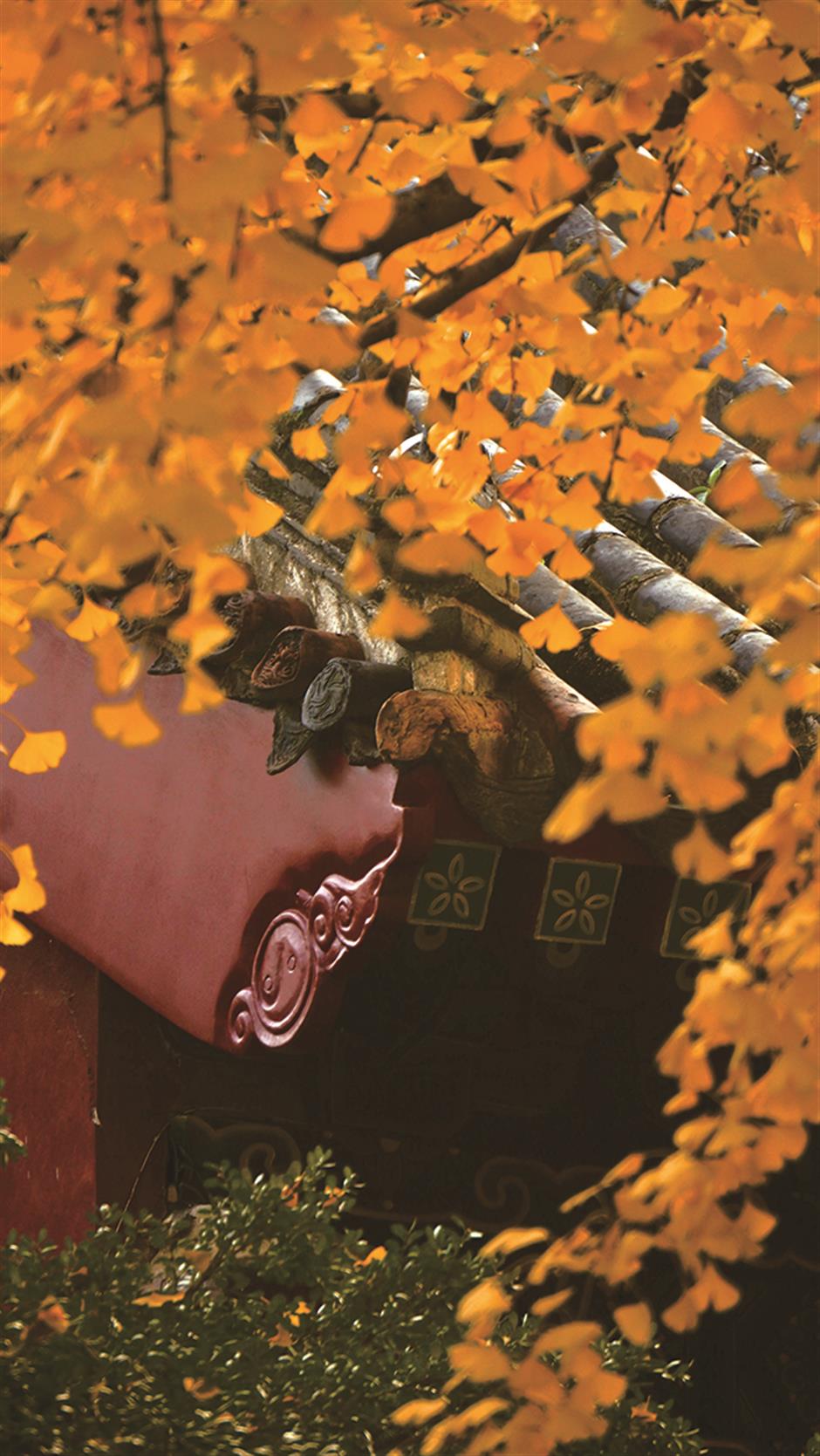 Tiankuang Hall (Rewards from the Heaven) built in the Song Dynasty (960-1279) is the main structure of the temple, which earned its name from a legendary tale that, one day in 1008, a golden book fell from the sky onto the mountain.

Covered in yellow-glazed tile, Tiankuang Hall is a Dongyue God (the God of Taishan Mountain) shrine, who was assigned to take charge of birth and death, good blessings and disasters.

In the eastern wing room, there is a bronze mirror from the Ming Dynasty (1368-1644), which is said to be able to reflect demons and evil spirits.

A mural, 62 meters long and 3.3 meters high, sprawls on the eastern, western and northern walls, depicting the grand scene of the Dongyue God on a celestial beast where nearby his 674 servants inspect the mountain.

The mural, vividly painted and with ingenious layout of people, stones, woods, bridges and palaces, is a masterpiece of Taoism art.

In front of the hall there is a huge Ming Dynasty iron censer and two Song Dynasty pails. On each side of the censer and pail stands a pavilion with a stone tablet, inscribed with poems from Emperor Qianlong(1711-99).

Zhengyang Gate, 8.6 meters high, was only allowed to be passed by an emperor in ancient times. Two giant vermilion doors were inlaid with 81 big bronze nails. The gate was destroyed in the 1950s and rebuilt in 1985.

Daimiao Temple preserves a number of ritual vessels and offerings once used by emperors, but the most precious items are the 184 stone inscriptions and 48 stone paintings in the Han Dynasty.

Among them, the biggest treasure is the stele carved in the Qin Dynasty. The stone originally had 222 characters, written by the then prime minister Li Si, who chanted the great achievements of the first emperor of China, Ying Zheng (259-210 BC).

After more than 2,000 years of ups and downs, only 10 characters on the stone are left. Today, the cultural relic is kept in a glass cover.

Why did emperors choose Taishan Mountain to hold imperial ceremonies? Ancient Chinese worshiped east direction and giant mountains because it was the place where the sun rises and closest to the Heaven.

Taishan Mountain, by the Yellow River that bred the Chinese civilization, and considered as the highest mountain in the east of ancient China, thus became a political and cultural totem.