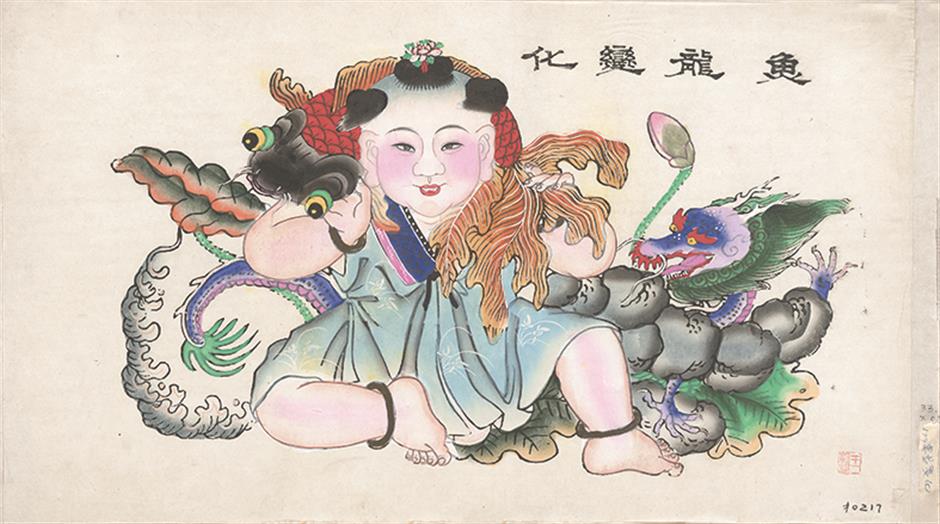 The pattern of fish transforming to a dragon has the moral of achieving the top in examination.

Woodblock-printed nianhua, or Chinese New Year’s pictures, are a type of traditional art and usually appear in homes during the Spring Festival. They are easily recognizable because of their distinctive style characterized by bright colors and auspicious Chinese New Year symbols.

In China, traditional nianhua have been dominated by two genres, Taohuawu from Suzhou City, Jiangsu Province, and Yangliuqing in Tianjin.

Now, an exhibition at Crafts Museum of the China Academy of Art displays nianhua made from the Qing Dynasty (1644-1911) to the present day. Visitors can learn about the different aesthetics between southern and northern China through the exhibits.

Throughout history, people have posted nianhua on walls and doors in their homes to pray for good luck and fortune. The pictures are replaced with new ones till the following lunar year.

The paintings have been particularly popular among rural residents. Family-run workshops printed them and passed down the craft generation by generation, which kept the art form alive. 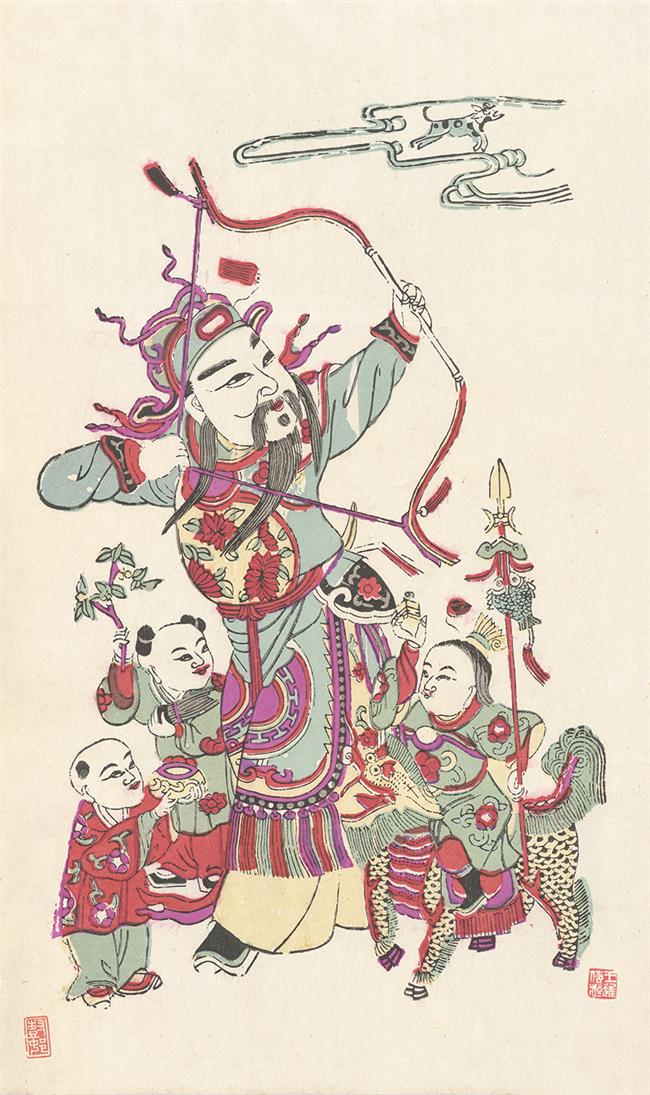 Yangliuqing was popular in the Inner Mongolia Autonomous Region and northeastern China in ancient times. Under the influence of the imperial court, this style features more sophisticated painting as many royal painters were engaged in the craft.

Taohuawu produced millions of nianhua every year during its heyday in the Qing Dynasty. As Western painting styles spread to Suzhou in the late Qing Dynasty, local craftsmen integrated their techniques into nianhua.

In ancient time, Suzhou gathered a cavalcade of nianhua painters who learned their skills from the Wumen School of Chinese ink-wash painting and then integrated them into nianhua.

Wumen is the ancient name of present-day Suzhou. This school often depicts secluded landscapes of hills and dales, shoals and water birds, small waterfalls running over ragged cliffs, and pine trees of strange and irregular shapes.

Despite stylistic differences between northern and southern China, nianhua patterns are similar. For instance, toddlers are often seen hugging a carp since the fish symbolizes success and wealth in Chinese culture. They are always portrayed as chubby.

Other common patterns include the door and kitchen gods. The door god is a celestial being believed to keep evil from entering a home. The kitchen god is considered responsible for the harvest and happiness. Thus, people paste images of these gods in their homes in hopes of a safe and abundant new year. 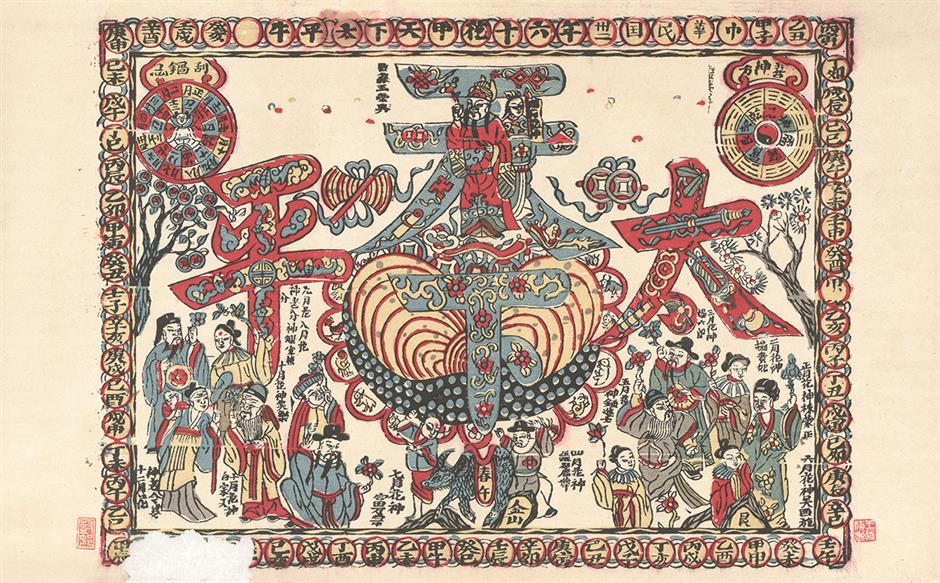 Four Chinese characters “tian xia tai ping” which literally means the country at peace are painted with ancient coins aside to wish a peaceful and prosperous life in the following year.