Moments of Jing'an District in October 2021 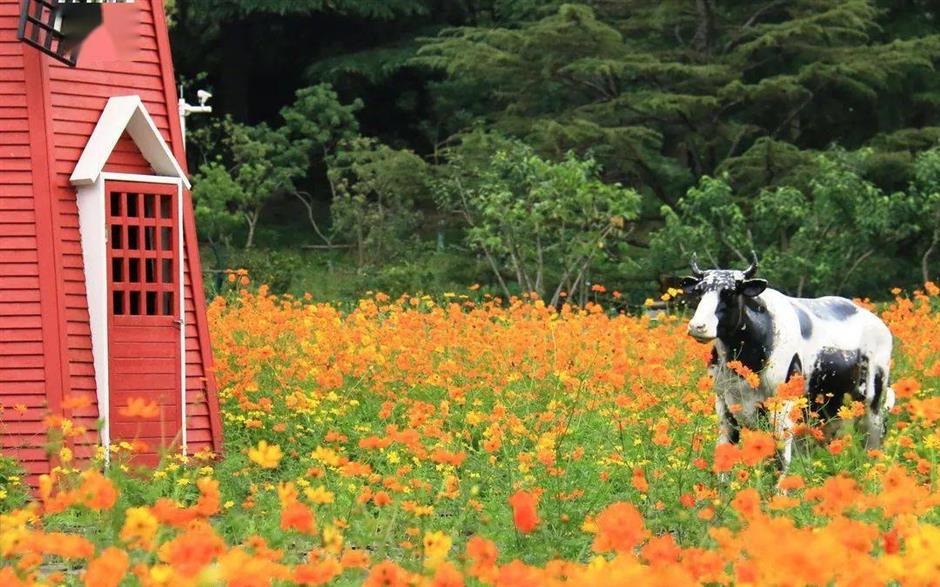 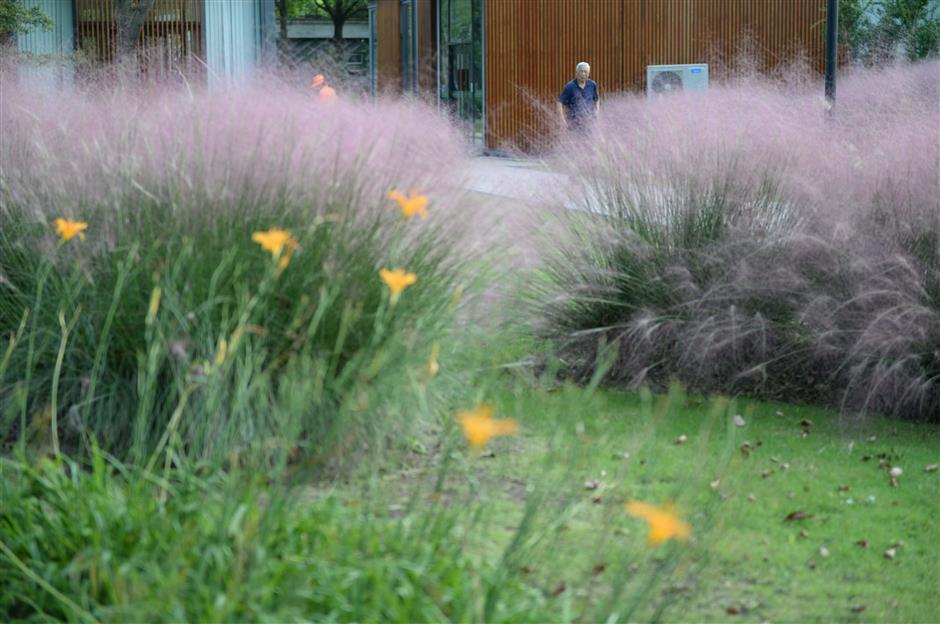 Crisp air and golden-hued flowers really speak of autumn. And Daning Park is awash with 21,000-square meters of sulfur cosmos, a flowering species from the sunflower family.

Blossoming in orange and yellow colors, they are in full bloom in idyllic surroundings such as installations in windmills.

Also, red spider lilies can be seen in every corner of the park. The scarlet flowers bloom before the leaves appear, and the petals are arranged in umbels.

Autumn flowers are usually distinguished by their rich colors. But there are some exceptions.

Under lines of metasequoia conifer trees, there are clusters of liriope muscari, commonly known as big blue lilyturf. The lilac-purple flowers ripple in the autumn breeze, just like small bells ringing.

In Pengpu Four Seasons Park, a carpet of pink muhly grass creates a pink, romantic aura. The sea of about 500 square meters of flowers allows people to immerse themselves in "pink clouds."

The park also features fountain grasses which look like a golden wheat field waving in the breeze. 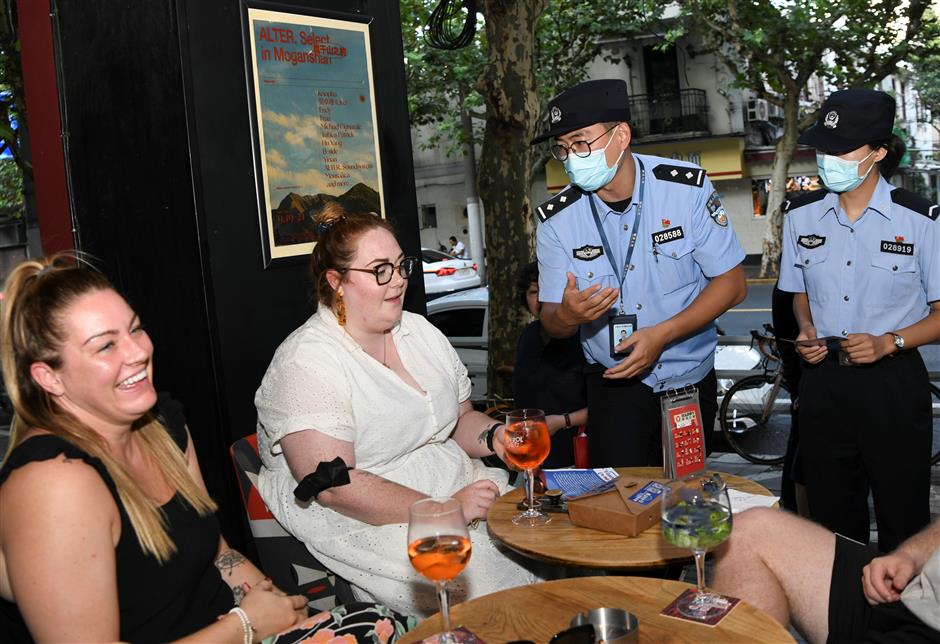 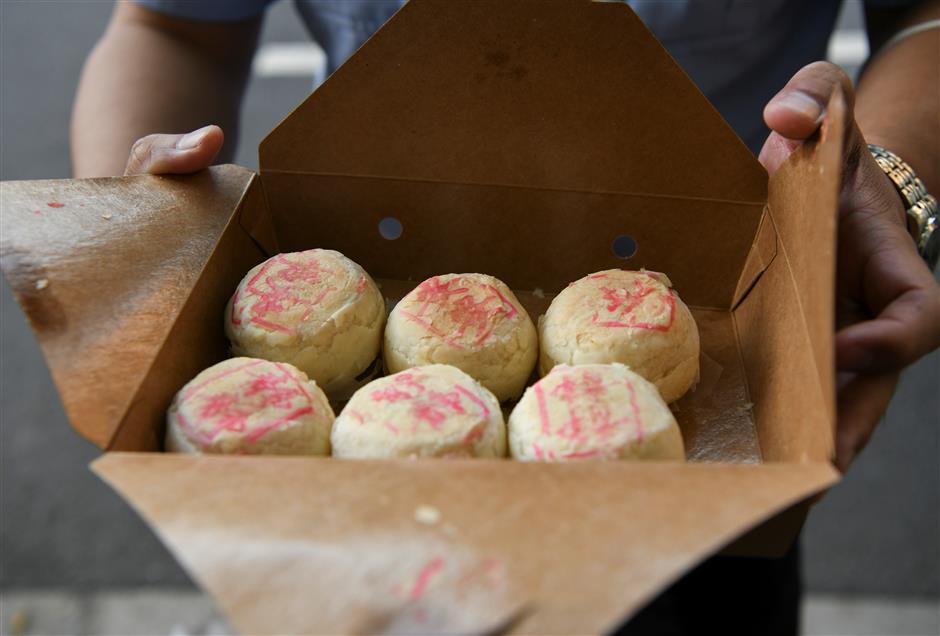 According to police, they found that foreigners have been at higher risk of online fraud recently, so they visited their popular hangouts to promote related knowledge.

The packages were printed with the QR code of China's anti-fraud authority. Also, police sent foreigners bilingual leaflets to explain their concerns. 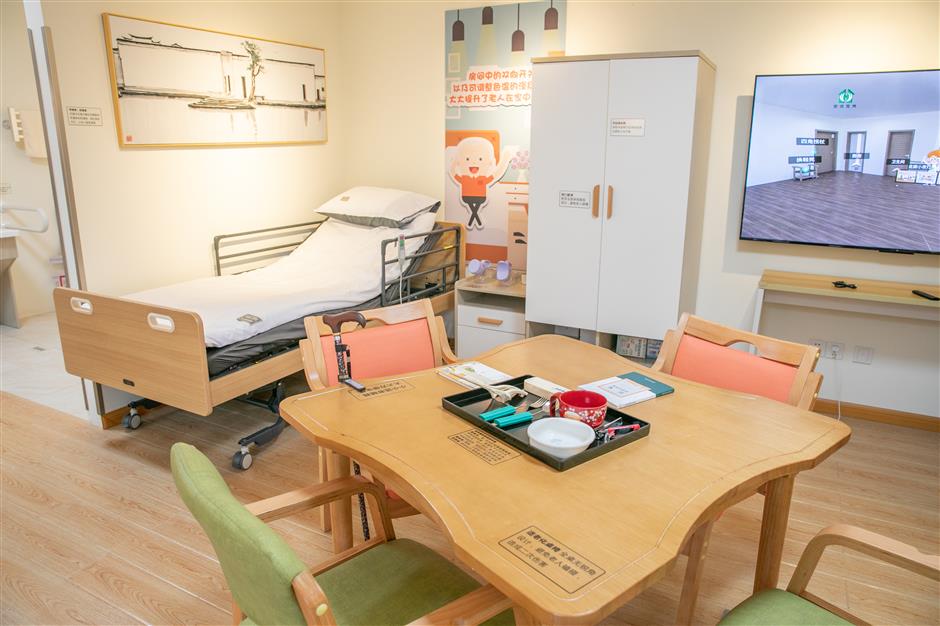 To better serve the local elderly, Jing'an has vowed to build at least 566 beds for senior care purposes in the home within six months.

As the first district in the city to enter the "deep aging" demographic category, Jing'an has nearly 41 percent of an aging population aged 60 years and over. Across the district, there are now 23 community-based comprehensive senior service centers, 16 senior homes providing "respite services" for those who need short-term nursing care and 28 daycare nursing centers, among other facilities. 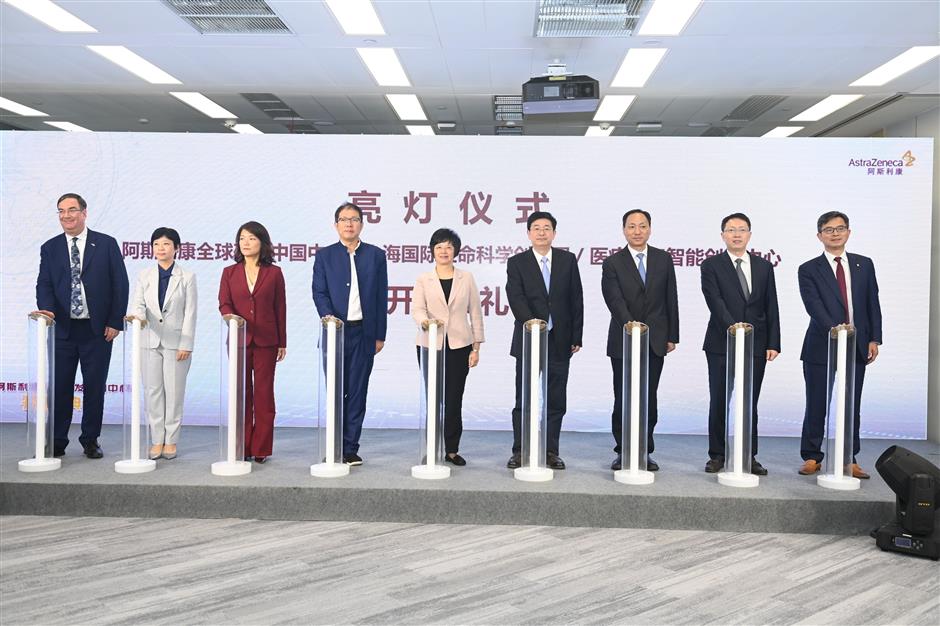 The center will make use of China's advantages in artificial intelligence and big data capacity and Shanghai's status as a high technology hub to help accelerate domestic drug R&D and provide made-in-China medical solutions to the world.

The company said the center will play a big role in its global drug development, with deep involvement in the R&D pipeline, R&D strategy development, full-life cycle product development and launch to market.

"With the support of Shanghai and the Yangtze River Delta, AstraZeneca is very glad to unveil the Global R&D China Center. We will contribute to Shanghai's development to become a world-class bio-pharmaceutical highland," he added 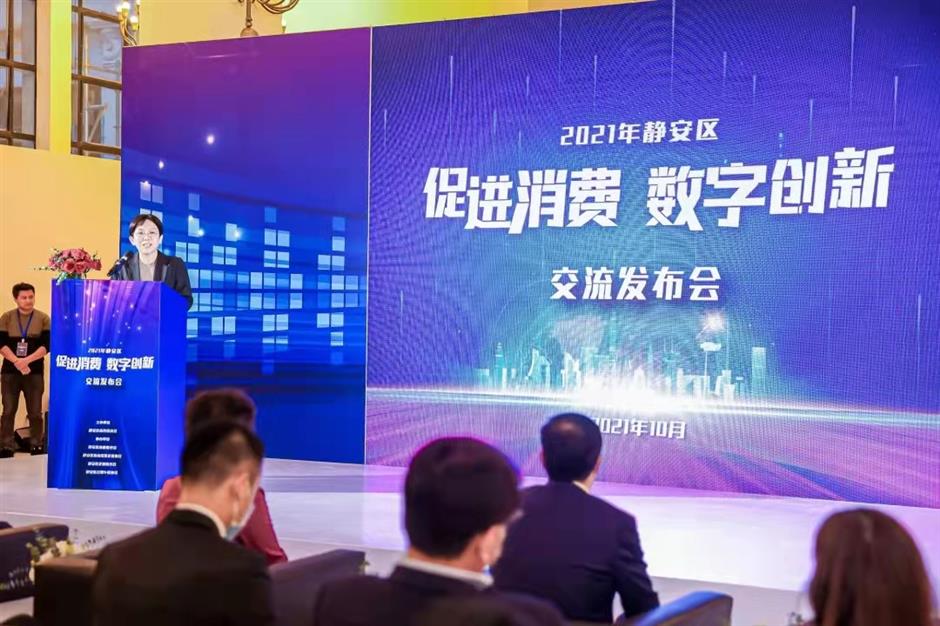 Jing'an's total retail sales of consumer goods between January and August exceeded 102 billion yuan (US$15.9 billion), a year-on-year increase of nearly 32 percent, it was revealed in a meeting held this month.

Of the city's "global products debut demonstration zones," Jing'an is a standout.

From January to September, the district introduced 151 debut stores, including the global debut of Marni Market, the China flagship store of Acqua di Parma and the first Shanghai store of Cabana.