Science and technology and intelligent manufacturing shown at import expo

Jiading hosted a promotional science and technology and intelligent manufacturing event at the Shanghai National Convention and Exhibition Center on November 6, the first time for the district to do so during the annual China International Import Expo.

Mainly for exhibitors interested in investing in Jiading, the event was expected to increase the spillover effect of the expo.

At present, Jiading has established 19 industrial parks and more than 340 enterprises in the automotive industry, with an output of 94.3 billion yuan (US$14.8 billion) last year. 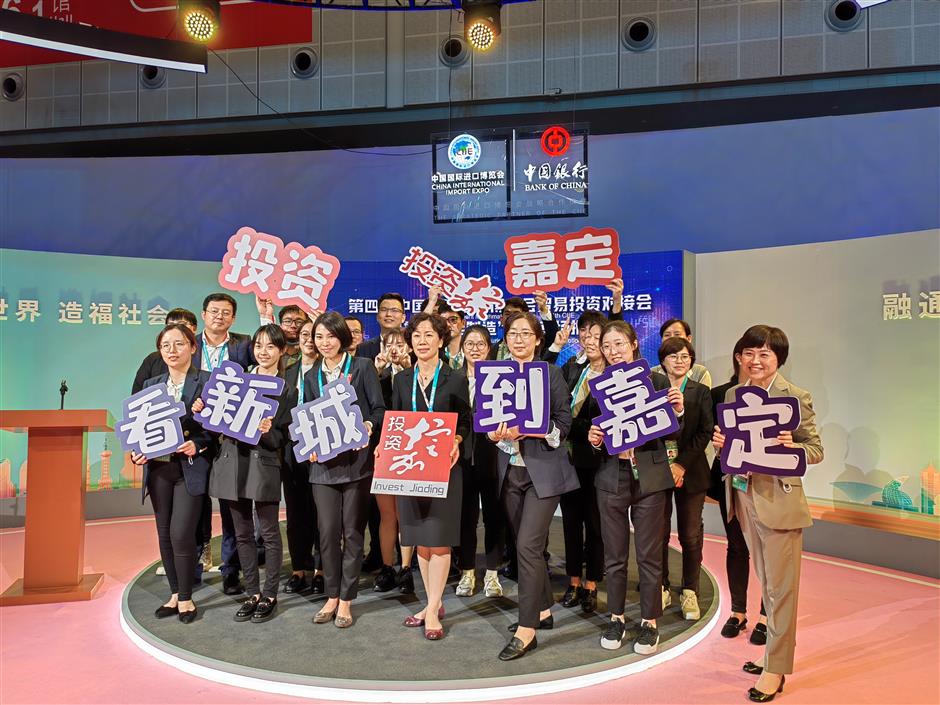 Jiading hosted a promotional "science and technology and intelligent manufacturing" event at the Shanghai National Convention and Exhibition Center on November 6.

Amid the construction of the Shanghai Intelligent Sensor Industrial Park, Jiading is striving to create an industrial layout of intelligent sensors and the Internet of Things industries from three industrial directions: automotive electronic chips for new energy vehicles, Internet of Things chips for MEMS (Micro-Electro-Mechanical System) sensors and high-end equipment and chips to enable precise medical procedures.

Bosch Huayu Steering System Co showed their "combined" platform electric power steering system customized for small and medium-sized passenger cars as well as a standardized vehicle platform with front axle load up to 1,100 kilograms based on the previous architecture or body concept – steering by wire system.

"We have been in Jiading for 25 years and deeply feel the good business environment and atmosphere here," said Wang Xuping, executive director of the marketing department of Bosch Huayu Steering System Co.

The complete industrial chain of Shanghai International Automobile City in Jiading has brought great convenience to business development. At present, more than 60 percent of Bosch Huayu's suppliers are located near the company, according to Wang.

At the 4th CIIE, exhibitors in Jiading presented "green solutions" one after another and launched a number of new products incorporating the concepts of low-carbon, environmental protection and sustainable development, bringing cutting-edge "double carbon" technologies and concepts to the expo.

Crocs, a casual shoe brand that has settled in Nanxiang Town, brought their "zero carbon" concept to the expo this year.

The exhibits introduced new, bio-based Crossite materials, greatly reducing carbon dioxide emission during the creation of each pair of shoes.

In addition, the company introduced for the first time its ecolibrium technology which can convert waste and recyclable materials into shoes.

Xi Xiaolei, vice president of Crocs global and general manager of Crocs (China), said that by 2030, the carbon footprint of each pair of Crocs shoes is expected to be reduced by 50 percent.

"At the same time, we will also become a 'pure vegetarian' brand, and animal ingredients will be eliminated in the production process of all our products," Xi said. 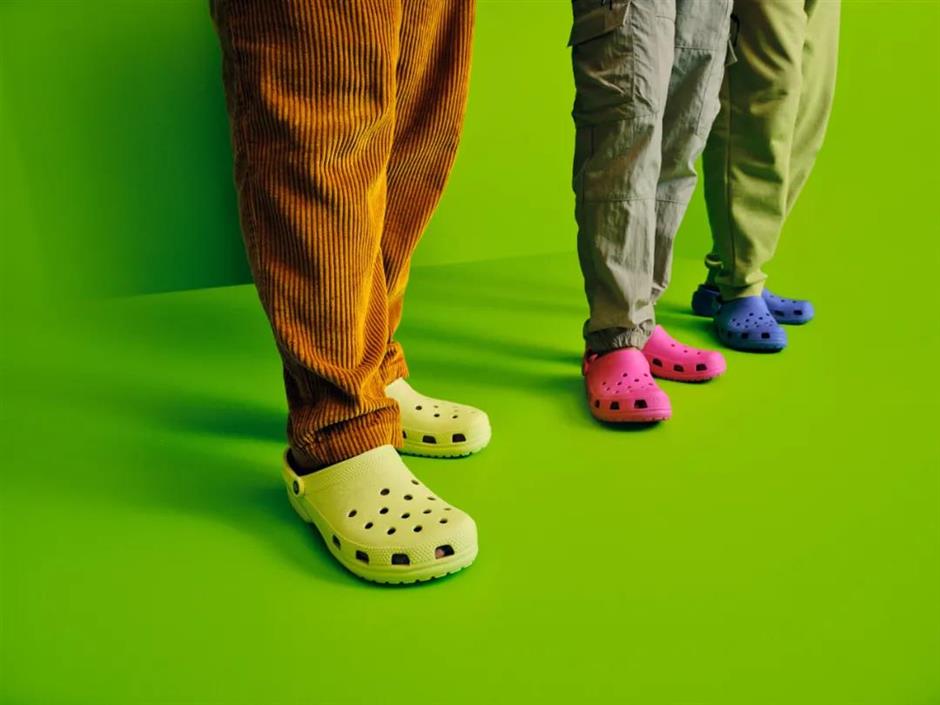 The external unit is hexagonal. Through the parallel arrangement of its compressor and fan, the longest distance of the outdoor fan condenser is shortened, so that the wind speed on each face of the condenser is uniform. The heat exchange efficiency of the whole machine is optimized, and it is more energy-saving and environmentally friendly.

"This product can supply cooling, heating and hot water at the same time and can replace high-pollution and high-emission products such as gas-fired boilers," said Han Xixiang, marketing manager of the company.

The product uses an air source heat pump to cool and heat through electric energy, "greatly reducing carbon emissions," according to Han.

Mann+Hummel, a German family business located in the Jiading Industrial Zone, made its debut. With the theme of "cleaner air, cleaner water and cleaner travel," it brought cutting-edge filtration solutions and products that contribute to carbon emission reduction.

The Purar mask displayed by Mann+Hummel Group can substitute the KN95 and FFP2 masks and can effectively filter more than 95 percent of 0.3-micron particles to prevent the inhalation of particles, pollen, bacteria and other material. Its unique design eliminates tension and discomfort behind the wearer's ears.

The Purar mask has a washable shell and can be reused several times by replacing the filter for a period of up to two to three weeks. It won the German Red Dot Design Award this year. 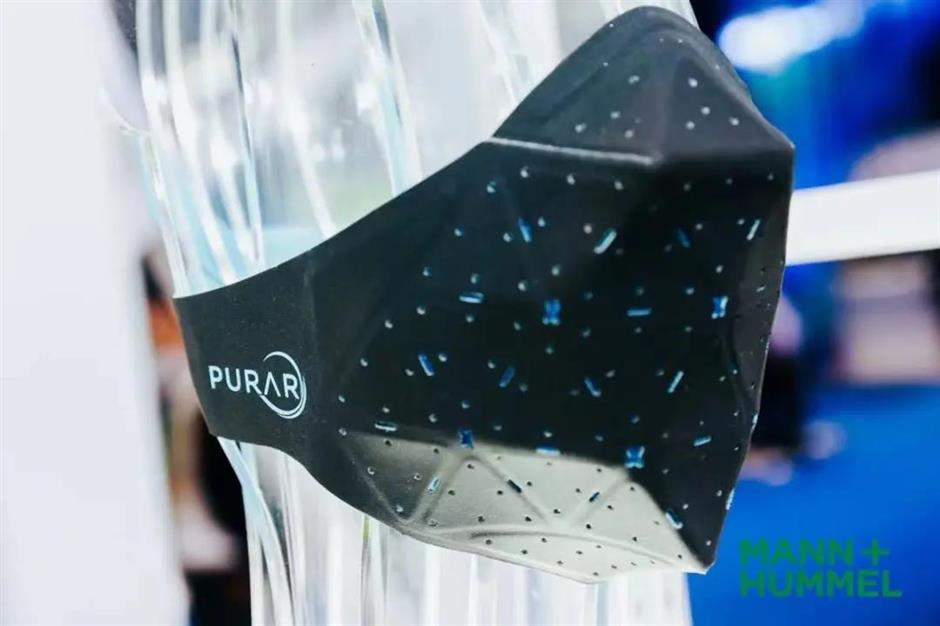 The Purar mask displayed by Mann+Hummel Group can effectively filter more than 95 percent of 0.3-micron particles.

After participating in the CIIE for the first time last year, this year, Refire Group appeared with its clean kinetic energy solution, displaying the innovative achievements of fuel cell technology and the application thereof.

"In the next five to ten years, the hydrogen energy and fuel cell industry is expected to see large-scale development, and we need to firmly seize this opportunity," said Lin Qi, chief executive officer of Refire. "Through the platform of the CIIE, we will make more friends globally."

Amore Pacific is attending the CIIE for the fourth year in a row with more than 600 exhibits across nine brands as the South Korean cosmetics giant further demonstrates its ambition to make "A MORE Beautiful World."

"China is an open and dynamic market. It is not only the center of beauty trends in Asia, but it also plays a role in promoting the development of the global industry," said Charles Kao, president of Amore Pacific China. 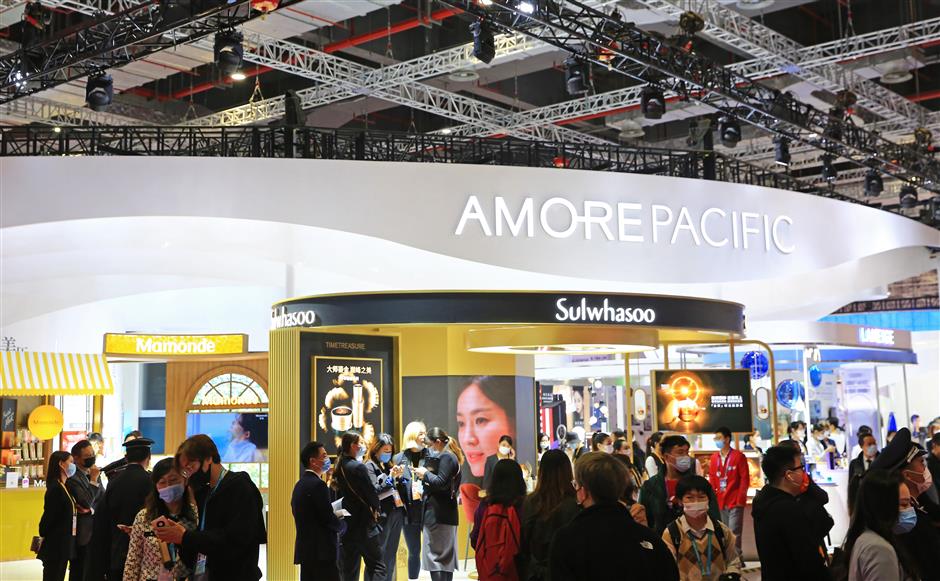 Amorepacific is attending the China International Import Expo for the fourth year in a row.

This year, Anting Town and Ernst & Young China reached an agreement to boost the construction of a world-class automotive industry center in Jiading.

It will utilize Ernst & Young China's leading advantages in the fields of auditing, taxation, financial transactions and consulting services to build an Ernst & Young China (Anting) automotive industry service center to provide diversified services such as enterprise exhibitions, workshop conferences and online livestreaming to create an iconic exhibition service platform for the automotive industry in Anting. 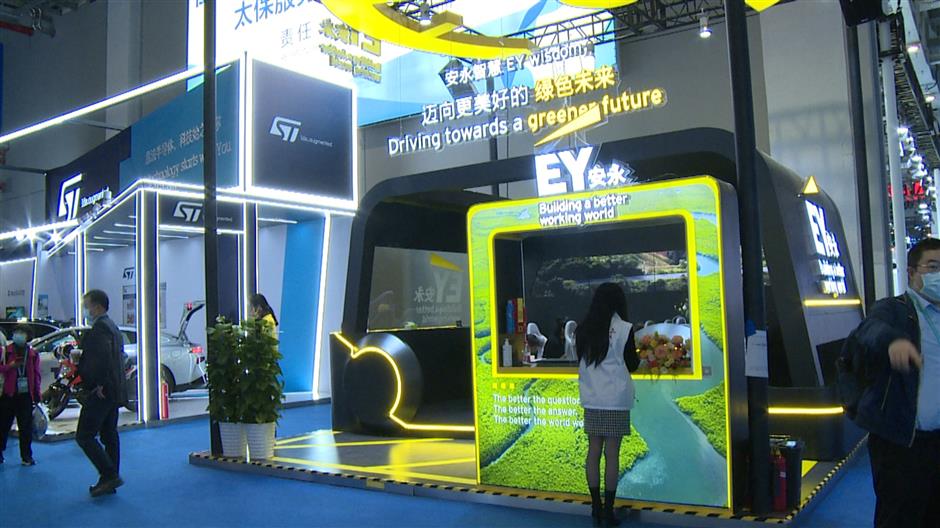 The exhibition booth of Ernst & Young

A dozen of Jiading-based automotive enterprises participated in CIIE as well, including Hyundai, Volvo, Volkswagen and Toyota. 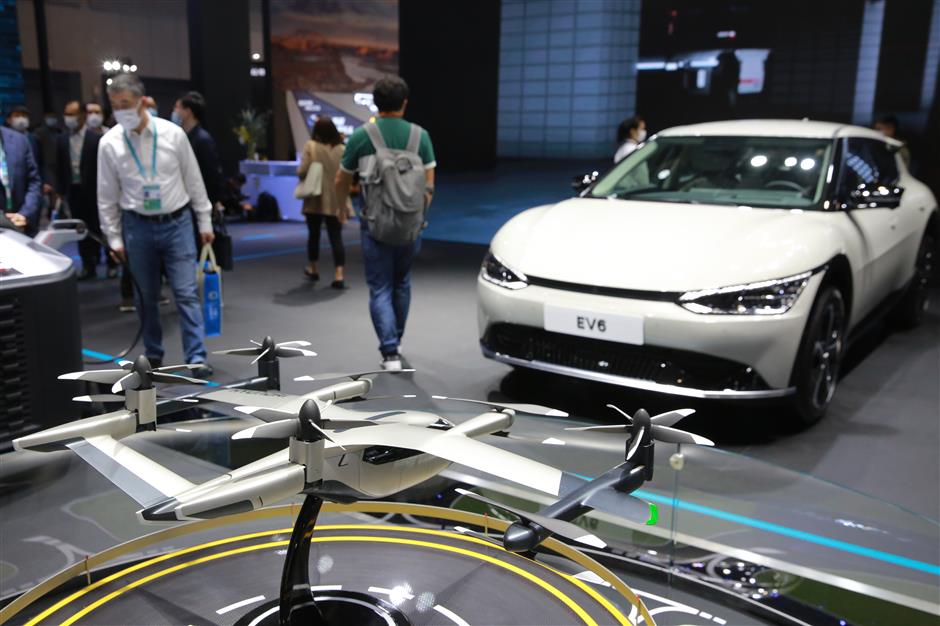 In addition, the Chinese version of NEXO will also be available to consumers.

Volvo V90 CC combines a turbocharged gasoline engine with a 48V hybrid system, adheres to the concept of sustainability and brings consumers a high-end choice of luxury large-scale off-road travel vehicles from northern Europe with advanced intelligent technology and an outstanding driving experience. 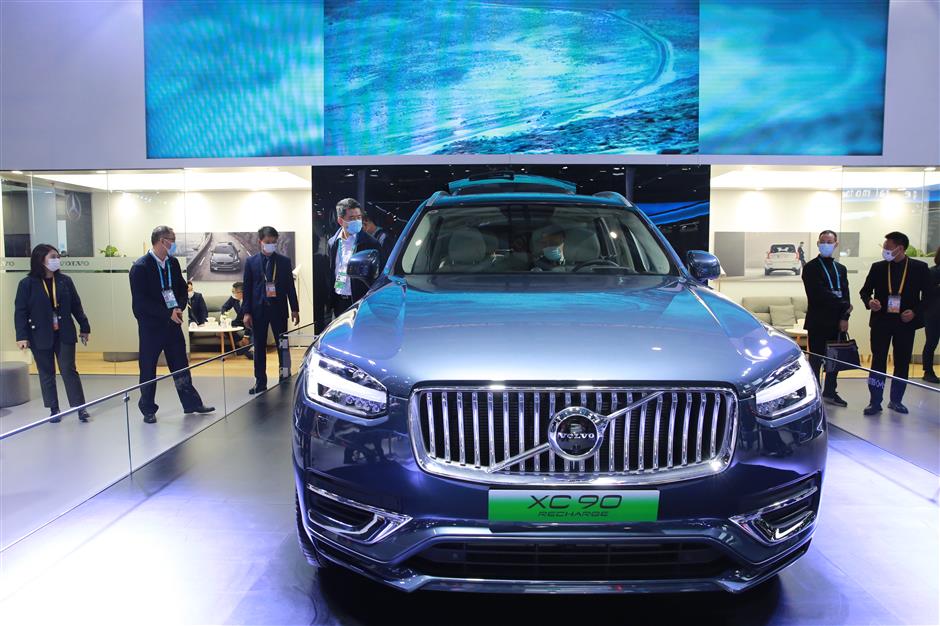 Volvo XC90 is on display at CIIE.

It is also the fourth consecutive year for Volvo to participate in the CIIE. Since the first CIIE, Volvo has ushered in rapid development. In 2018, Volvo sold more than 130,000 vehicles in China, an increase of more than 14 percent from the previous year.