Fruitful gains have been acquired by Qingpu District where the 4th China International Import Expo was held.

During the expo, five overseas organizations and five companies signed contracts to open shops in the district's West Hongqiao area, effectively converting from exhibitors into investors.

Another 11 companies also inked deals of intent during the expo to settle in Qingpu.

The first order of the Shanghai trading group at the expo was signed between Yundu (Shanghai) Science and Technology, based in the district, and Hong Kong Xingyun Logistics Trading Ltd.

The procurement order is worth US$700 million.

Qingpu has sealed the first order of the Shanghai trading delegation at the expo for four consecutive years.

A deal of intent worth US$150 million was also inked between the district and KNX Human Capital.

Qingpu stepped up efforts to seek investment, deepen trade and economic cooperation and accelerate the landing of big projects during the expo.

A number of events, such as a forum on the expo's spillover effect and a rehabilitation and assisting device industry forum, were hosted by the district to boost investment during the expo.

A CIIE market featuring nearly 50 types of commodities garnered more than 1.7 million yuan (US$261,538) in sales, with a daily visitor flow above 15,000, both record-high results.

The Greenland Global Community Trading Hub, a display and trade service platform of the expo, attracted more than 180 exhibitors from 76 countries and regions with a trade volume surpassing 50 billion yuan. 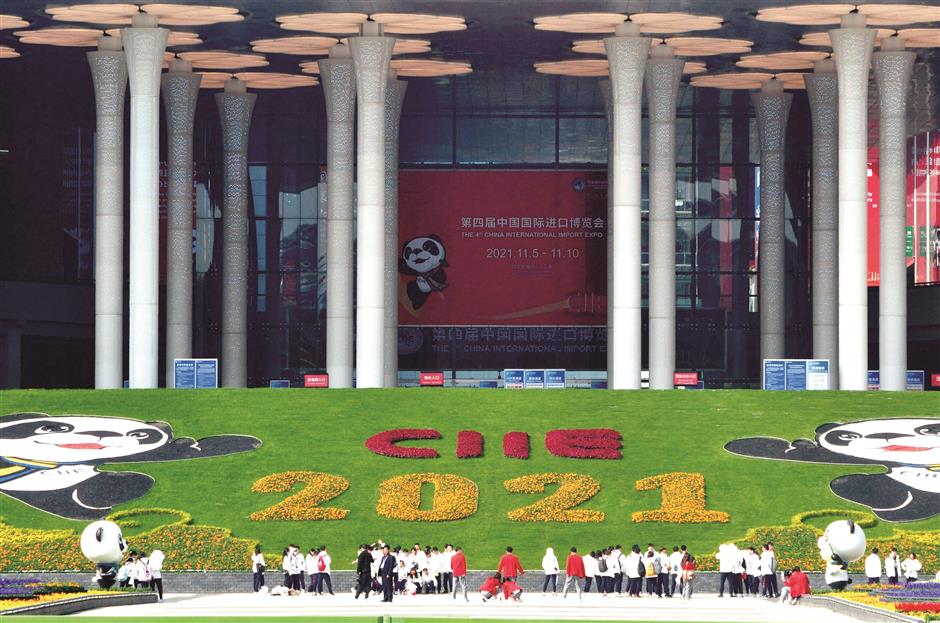 The China International Import Expo has been held in Qingpu District for four consecutive years.

More than 400 companies from the district took part in the expo to seek business opportunities – almost four times as many as last year.

Six streets and tourist attractions near the National Exhibition and Convention Center (Shanghai) were spruced up for CIIE.

About 300 medical workers from the district provided nucleic acid tests inside NECC. Five medical treatment stations and 24 temporary observation spots were set up.

A total of 127 volunteer service spots were established across the district during the expo, and over 1,370 volunteers provided services, presenting a world-class "living room" image.

The spillover effect of the expo in investment promotion, as well as trade, service and industry upgrades, has been witnessed.

Qingpu is fueling Shanghai's international convention and exhibition capital building, and the Hongqiao International MICE Industry Park in the district has accommodated leading companies in the field such as Informa and Digital Expo.

It is also creating a new headquarters economy highland, and the district's section in the Hongqiao Business District has attracted headquarters for 43 companies.

Showay Outlets in the district has been listed as one of the 15 key consumption landmarks in Shanghai.

Twenty-three private enterprises with key projects of total investment of more than 12 billion yuan will land in the Hongqiao Business District.

It marked a step forward for the establishment of the Yangtze River Delta region private company headquarters cluster in the business district.

More than 41 square kilometers of the business district are located in the core of the Hongqiao International Hub in Qingpu.

Qingpu is now focusing on the development of convention and exhibition, trade and business. 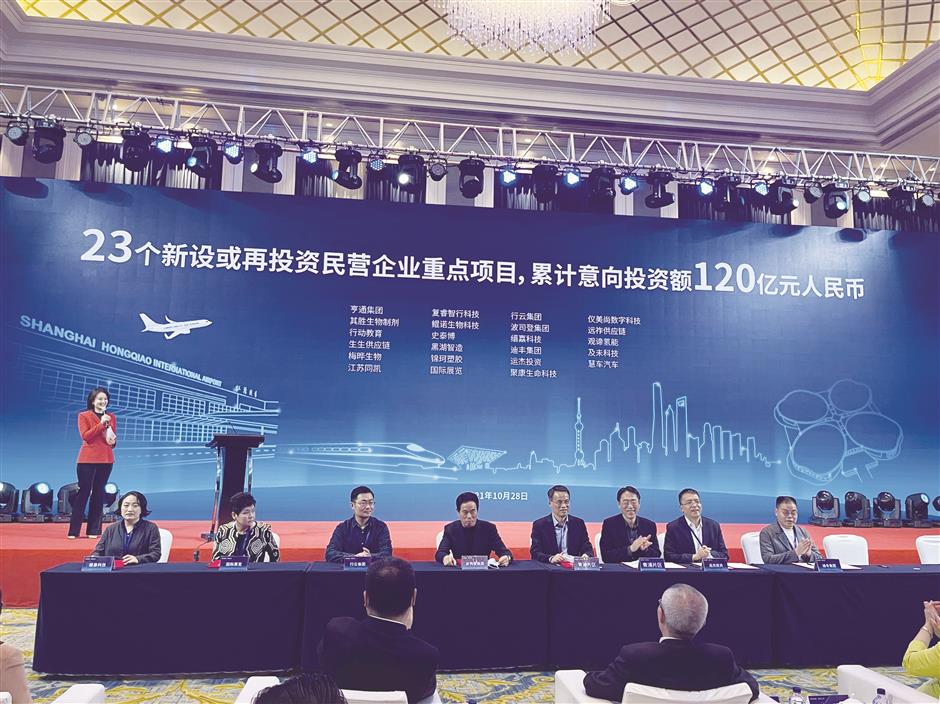 Key projects worth 12 billion yuan are inked in the Hongqiao Business District.