Moments of Jing'an District in December 2021 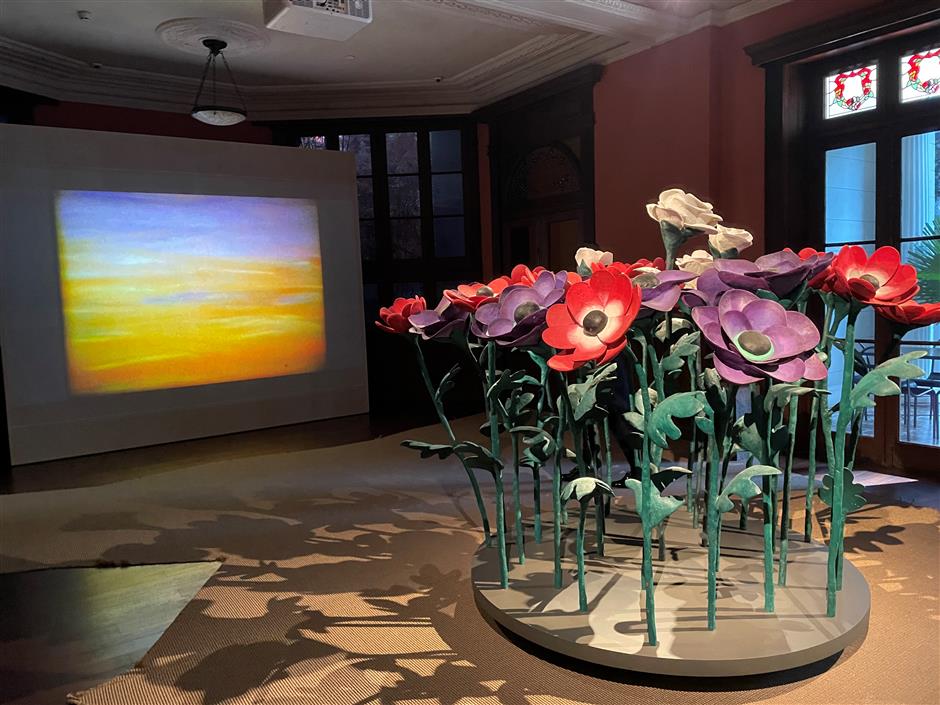 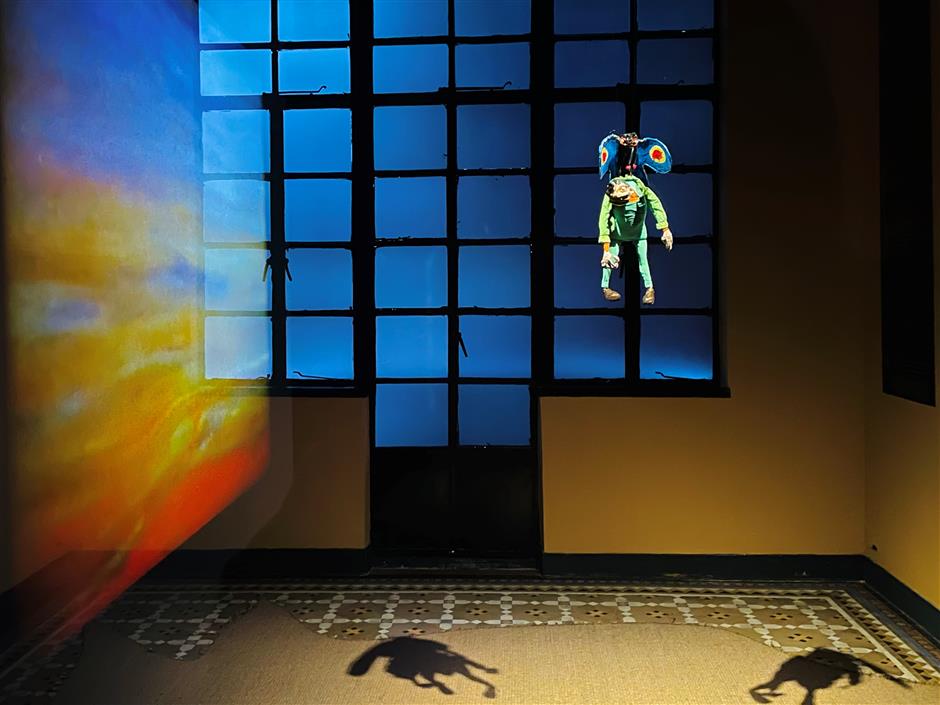 A moon wrapped in brown paper

An avant-garde exhibition has kicked off at the historical Rong Villa to create a fanciful and harmonious mood.

The exhibition called "A Moon Wrapped in Brown Paper" by Swedish artists Nathalie Djurberg and Hans Berg will last until January 9, at the century-old building. The title pays tribute to "Valentine," a poem by British author Carol Ann Duffy.

It features four art installations and 13 visual works created by the duo between 2000 and 2019, which has turned the building into a labyrinth and immersive theater where fairy tale characters come to life. 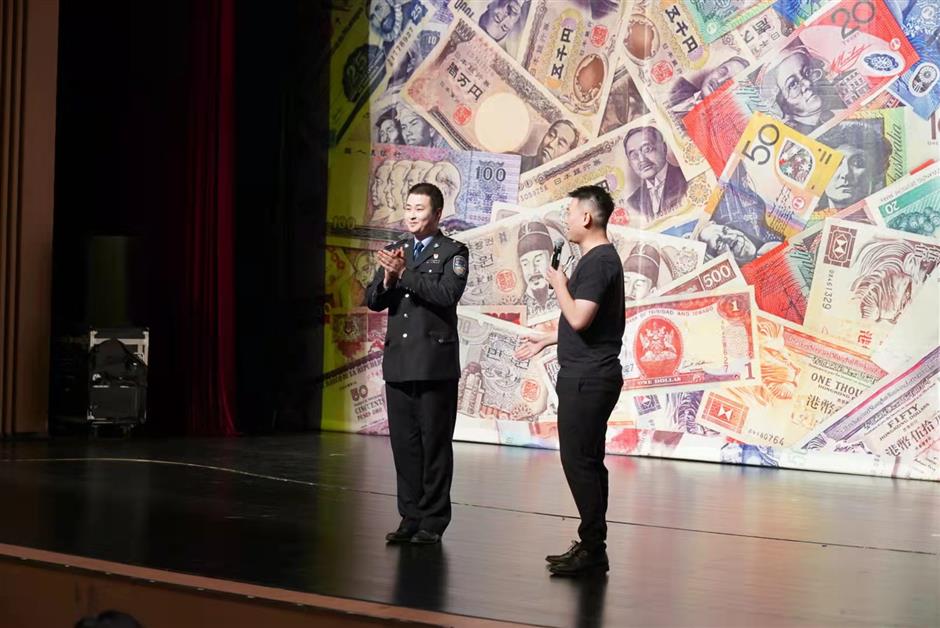 When the police are in on the joke

Audiences were surprised to find a limited-edition interlude of the popular comedy "The Earl of the Wulong Mountain" staged this month at the Fancl Arts Center.

When the performers tried to "cheat" an audience out of a hefty sum of money, police officers showed up to overthrow the scheme and promoted some anti-fraud tips. It came very naturally, and blended well into the storyline, bringing loud cheers and applause. 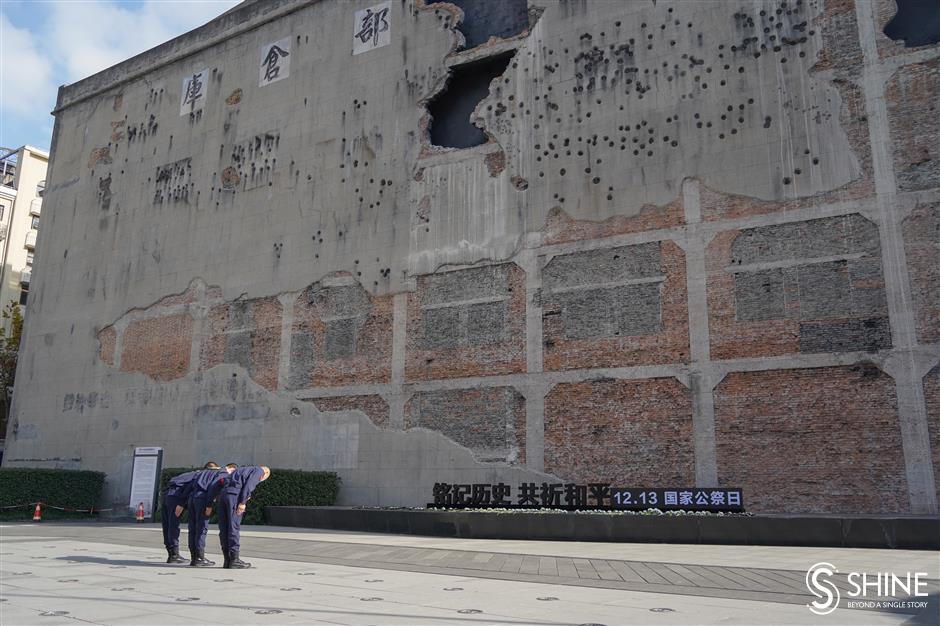 Commemorating victims of the Nanjing Massacre

Known as one of the most barbaric episodes of World War II, the massacre took place when invading Japanese troops captured the city of Nanjing in neighboring Jiangsu Province on December 13, 1937. Over six weeks, they brutally killed about 300,000 Chinese civilians and unarmed soldiers.

About seven weeks before the massacre, the Sihang Warehouse along Suzhou Creek in Shanghai witnessed one of the bloodiest episodes of the city's wartime history. A battalion of about 420 Chinese soldiers engaged in a fierce four-day fight with the invading Japanese army.

Due to the pandemic, the regular memorial ceremony was not held to avoid crowds. But a WeChat mini-program for the memorial was launched, allowing people to light a virtual candle online for peace. 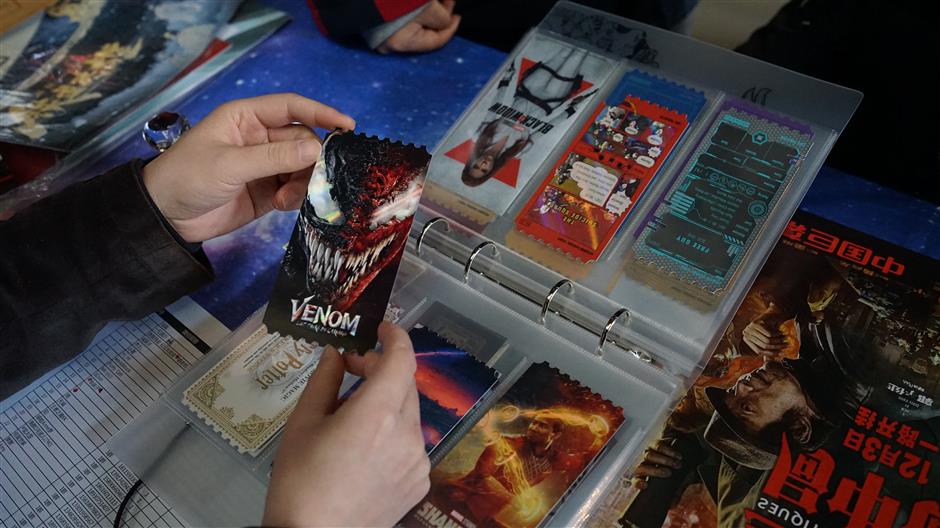 A gift exchange party has been held at a movie theater on Wenshui Road allowing film fans to exchange their collections such as movie tickets, postcards and other souvenirs. A man surnamed Liang came very early, and he returned with fruitful results. He obtained a poster from "Cinema Paradiso." 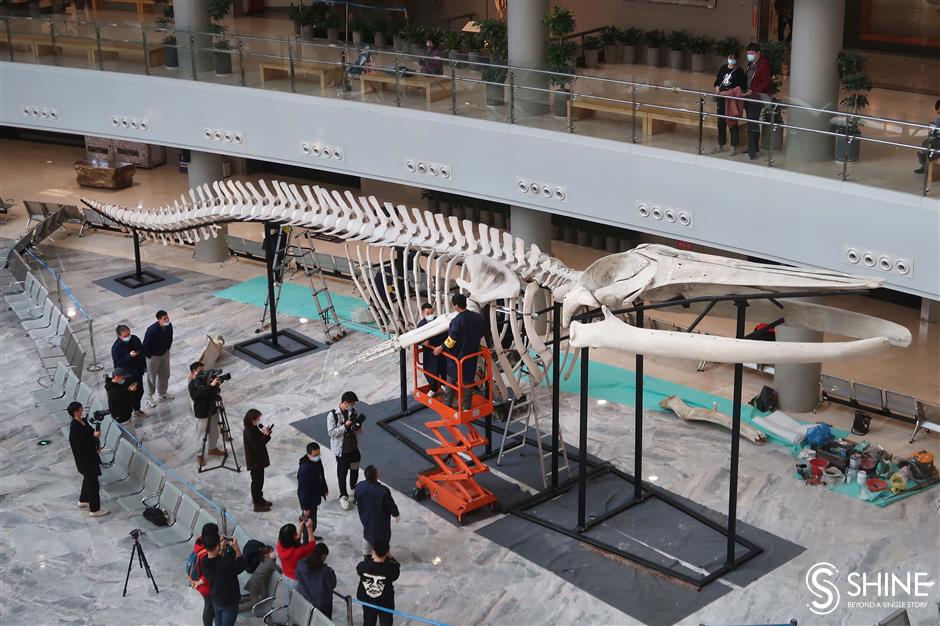 The skeleton of the male baleen whale, 24 meters in length and 3 tons in weight, is on display at the center stage of the B2 floor.

The dead whale washed ashore in Shanghai's coastal Lingang area in March 2017. The body was heavily decayed when it was found by local fishermen. Only the skeleton was preserved.

The largest whale skeleton previously at the museum was that of Bryde's whale, some 11 meters in length. 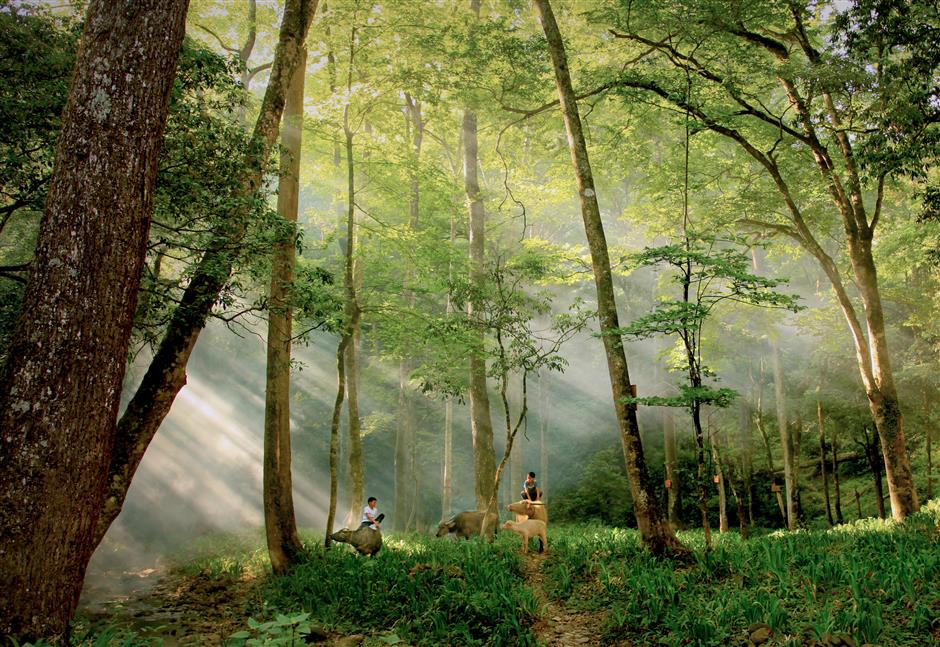 The 2021 Pengpu Photography Festival has raised its curtain with the opening of an exhibition showcasing the country's natural beauty and modern charm.

The exhibition focuses on Jing'an's Pengpu Town as well as Bachu in the Xin jiang Uygur Autonomous Region, Guangnan in Yunnan Province and Yiling in Hubei Province, and features 100 photos.

"We included three locations with Pengpu's assistance in this year's photography festival to introduce their beautiful landscapes, rich culture and delicious food to the world," said Zhang Jun, director of Pengpu Town. "Also, we hope to boost integrated development in culture and tourism."

The exhibition will run through January 25, at the Pengpu International Photography Center. 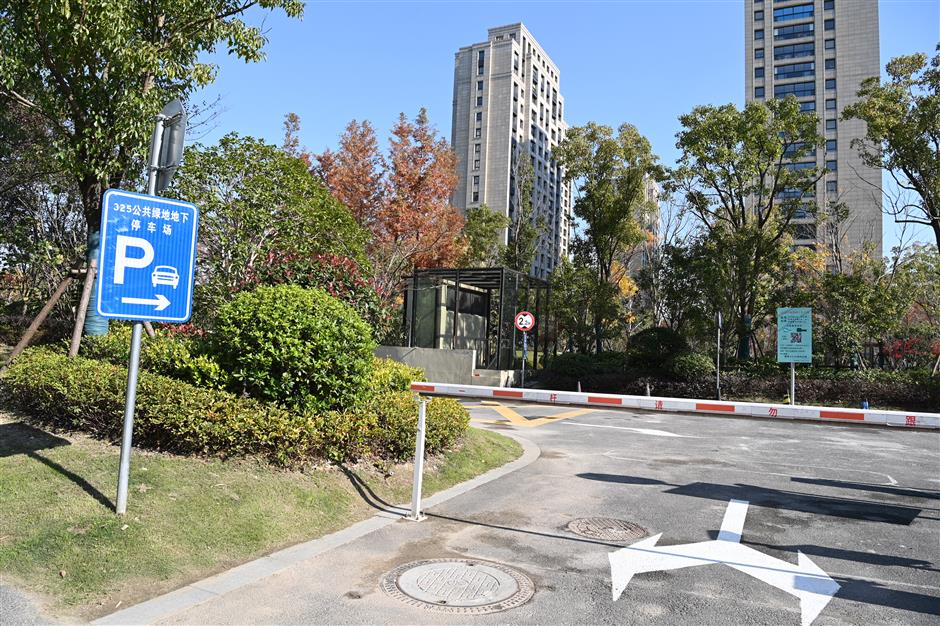 Parking not a problem now

Jing'an has introduced a set of measures to solve the imbalance between cars and parking. Like any other Shanghai urban district, Jing'an is beset by limited parking areas.

The issue was brought to the forefront of the government's agenda after it was calculated that the district needed 30,000 more parking spaces to meet the current demands in a survey last year.

One year on, it has completed four projects providing 692 new parking spaces. The district has created new parking lots on the roadside, encouraging government departments to share parking spaces with nearby residents after work, and explored more underground parking spaces in existing parking areas.