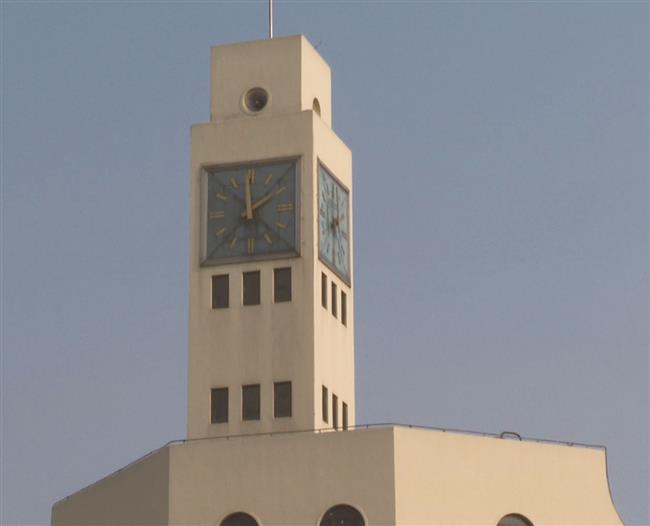 A landmark bell tower in Xiaokunshan Town of Songjiang District that was in disrepair for 18 years is chiming again. Its bold and melodious sounds remind residents of a bygone era.

In December 2021, the clock started to chime again, much to the surprise of residents.

"Some elders phoned us and asked whether it was the old clock chiming again," said Lu Huiqin, deputy Party secretary of Pingyuan Street Neighborhood. "They felt happy when they were assured."

"In the past, quite a few residents relied on the bell tower to tell the time," said Pan Qiuliang, who has been a resident of Pingyuan Street for 50 years. "Neighbors could see the bell tower directly from their windows. In the beginning, the bell tower would strike round the clock, even at midnight, a distinctive feature of a bygone era.

"Some of the folks believed that the chimes of a clock would drive out evil spirits, so they welcomed the bell tower. Nowadays, everybody has a cellphone to tell their times. There is no need for them to refer to the bell tower. But for locals, especially residents along the Pingyuan Street, they were somehow attached to the bell tower and hoped it could chime again," Pan added.

In August 2021, residents of Pingyuan Street unanimously expressed their wish to the neighborhood committee. Zhao Zihui, a community official, got in touch with Shanghai Yiyan Industry Co.

Jin Pengfei, its manager and son of a senior watchmaker, agreed to repair the bell tower.

"Our technician found out that the clock's movements were broken. But since its manufacturer had gone bankrupt long before, we had to restore a drawing of the movements after disassembling them," Jin recalled.

The clock was finally equipped with double-layer toughened glass with its system improved. Even if the electricity is cut off, the clock, after being recharged, can adjust its time with its master clock.

The maintenance work lasted more than three months and cost about 20,000 yuan (US$3,140). Its chiming decibels have been turned down and the time range is from 8am to 6pm.

"The majority of our residents hope the bell tower can continue to chime," said Pan. 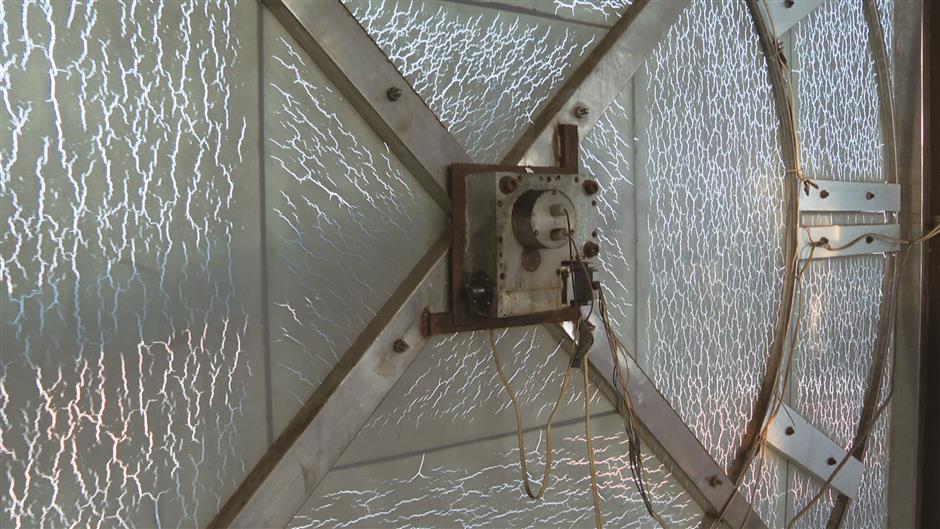 The interior of the bell tower