The allure of beautiful Qingpu New City and its enticing homes adorned with charming Jiangnan (the area south of the lower reaches of the Yangtze River) flavor along with a strong sense of innovation and competitiveness was unveiled during a recent online promotional event, which was attended by more than 100 businesspeople from across China.

Shanghai is building a modern international metropolis with global influence and establishing a key strategic link for dual circulation of domestic and foreign markets. 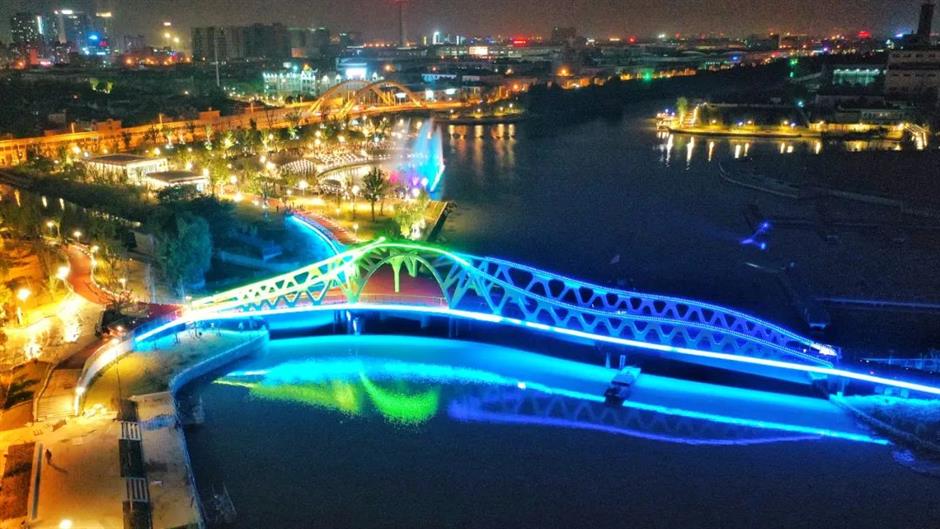 Based on the development blueprint through 2025, Qingpu New City will be developed into a yearning open and innovative area with enchanting Jiangnan flavor.

The online promotional event consisted of five fairs under the theme of "beautiful, Jiangnan flavor, innovation core and warm home" that showcased areas ripe for industrial, commercial and residential development.

The CBD and its support facilities were an important topic of conversation, including a transit development project, Fudan University innovation institute, Shangda River Central Park and a residential service center.

Many businesspeople attending the event inquired about construction and development requirements in surrounding areas, in search of partners and development opportunities.