Yu Feng has been piecing together Songjiang's history by collecting porcelain shards over the past 20 years. Venturing into his work studio and collection room is like an exploration into the suburban district's long gone past.

"I'm always touched by these ceramic pieces. I feel like they're telling me stories," said the 51-year-old Songjiang native. One of his biggest collection themes is Chinese blue and white porcelain pieces, both intact or broken. This underglaze ceramic painted with varied subjects has become something of an emblem of China.

One porcelain shard features a scene of children in ancient times playing football, so detailed that each facial expression is depicted vividly. Another piece is painted with a deer looking wistfully back into the woods, cleverly echoing with Songjiang District's nickname "a town of deer" since its days of yore.

The porcelain relic Yu cherishes the most is a piece delicately engraved with four Chinese characters "Xi Hu Tang She." He found it under debris near the Du's Mansion, a beautifully-carved house on the north side of Zhongshan Road W. The wood-and-brick building was established during the Qing Dynasty (1644-1911) by its original host and landlord Du Lingmei. It is famed for its various delicate carvings on the doors, windows, pillars, staircases and handrails. 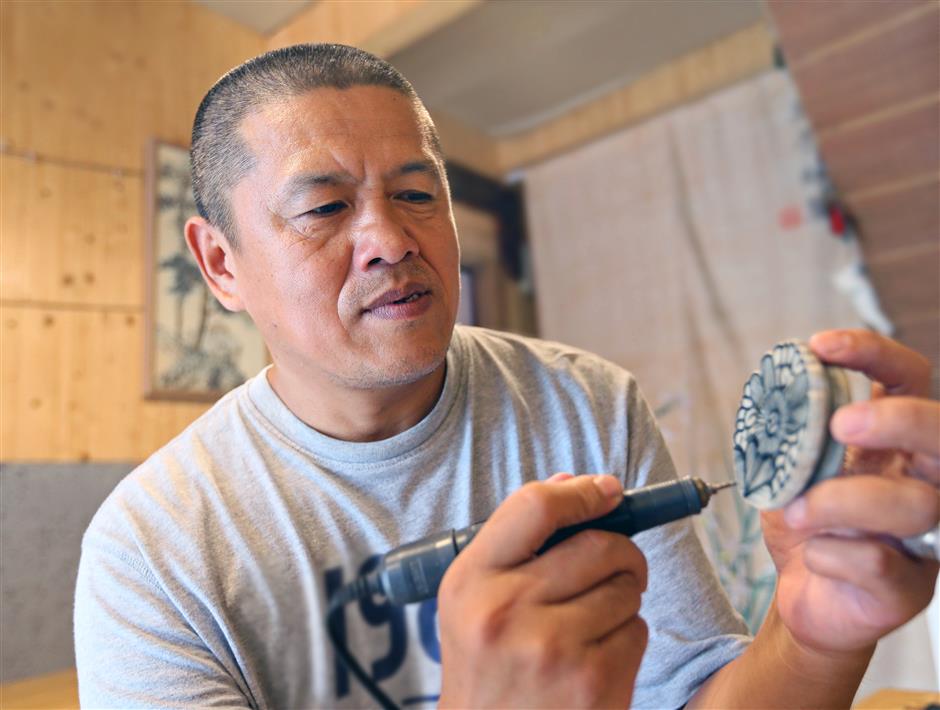 The characters "Xi Hu" shares the same pronunciation with "blessings," which offers circumstantial evidence to show the wealth of the family in Songjiang at the time. "I felt like peeking into the family's life," Yu said.

The Songjiang native spent his teenage years in remote Xinjiang due to his parents' work transfer, but he moved back at the age of 30 and opened a hardware processing plant. "I always remembered those golden memories about Songjiang my parents often talked about – the food, the scenery and the stories," Yu recalled.

The early 2000s saw Songjiang's urban development gather speed. Yu loved to wander about and ventured into old houses, dilapidated buildings and abandoned factories. "I knew nothing about antique collection at the time. It was just fun for me to kill time by looking for old stuff," he joked.

The more porcelain pieces he collected, the more curious he became about the small fragments: What do those patterns stand for? What does this Chinese character mean here? What can we tell from them?

Yu threw himself into piles of books and archives about Songjiang, trying to piece together a history picture of his birthplace with these ceramic shards he collected. 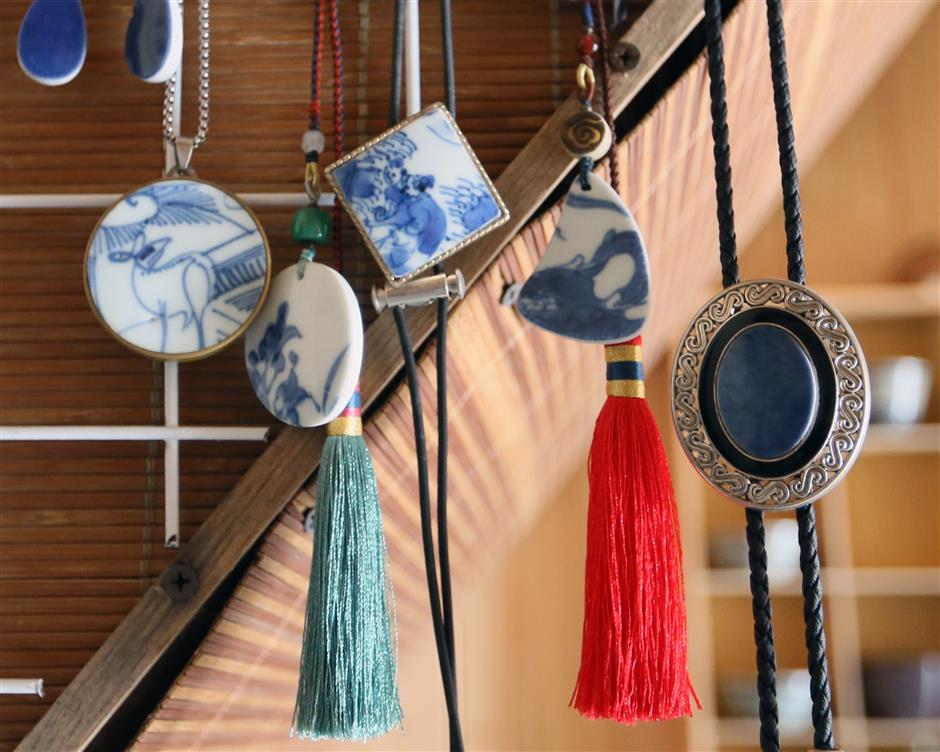 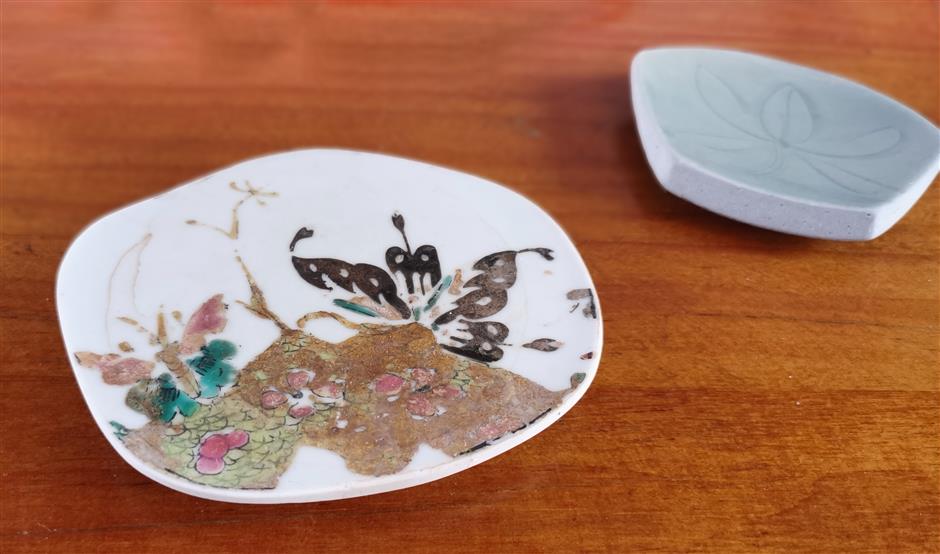 Many porcelain pieces were broken, flawed or in bad shape. Yu, with the skills in hardware processing, started reworking on them in 2017. "I tried polishing them first to see if there was any possibility to give them a second chance to shine," he pointed out.

It was not hard to polish, but it was no easy job to make it a new piece, a piece with new life and artistic value. The real fun, Yu said, lies in the imagination.

He polished a mangled ceramic shard, painted with a horse, into a shape of a door. "A horse in a door" in Chinese is the character "Chuang," meaning rush ahead or pull through.

In 2016, he picked up repairing ceramic items, an old hand skill to restore cultural relics made of porcelain, metal, ivory, wood or bamboo which were smashed to pieces or blemished by stains. As an old hand in hardware processing, Yu dove right in and got started quickly.

Clients flocked to him soon. Recently, a man asked him to repair a porcelain spoon produced during the 1960s in Jingdezhen Town, China's ceramic capital in Jiangxi Province. It was a wedding gift from his parents when he got married, which meant a lot to him.

Yu has a long to-do list for the future. One big task is to write a book on porcelain collection and polishing. "Still top on this list, I want to pass the exam to get the National Tourist Guide Qualification, so that I can introduce my lovely hometown to more people," he stated.