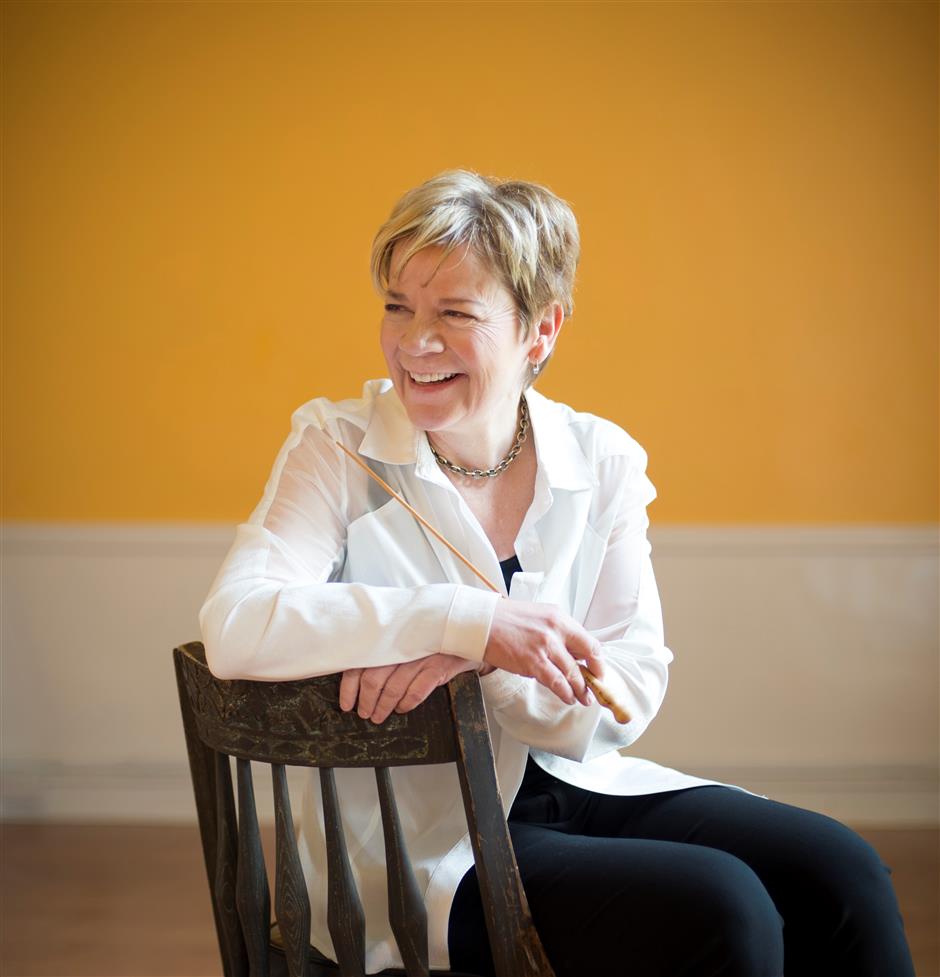 It was the first time that a South American orchestra has performed in China and Alsop’s first concert tour here.

“All the audiences need to do is have fun,” said Alsop.

As one of the better-known students of Bernstein, Alsop has been widely recognized for her interpretation of her mentor’s works. She completed eight recordings of Bernstein’s works last year to commemorate the 100th anniversary of his birth. He died in 1990.

Her eight years with the Sao Paulo Symphony Orchestra have broadened her repertory of music.

Female conductors are a relative rarity. Alsop has achieved many firsts in breaking through the symphonic glass ceiling.

Alsop studied violin at the prestigious Juilliard School. She founded a string ensemble in 1981 and three years later, a 50-piece orchestra specializing in 20th century American Music. In 1989, she won the Koussevitzky Prize as outstanding student conductor at the Tanglewood Music Center, where she met Bernstein.

She has initiated a fellowship for female conductors to give them as many concert opportunities as possible.

Alsop shared some of her views and musical experiences with Shanghai Daily.

Q: You included American works for the Shanghai concert. Why?

A: Being American myself, I feel an organic champion of American music. And having the opportunity in the last eight years to work in Brazil has been a whole new landscape in music for me. It is very exciting to bring the orchestra to the rest of the world. And, of course, to work in Vienna will be a whole other repertoire.

When we put together the program for Shanghai, we wanted to share something from Brazil with audiences here. The music that we play from South America is very accessible. It’s got a lot of folk elements in it, as you can imagine, and is highly rhythmic.

Q: Is it different for you to work with European, North American and South American orchestras?

A: I am always attracted to orchestras that are willing to show their emotions. That’s almost the definition of the Sao Paulo orchestra. The Baltimore orchestra in the US is unusual in that respect also, and the Vienna Radio Symphony is really a passionate one. Those are the things that draw me to the orchestras.

As for arranging programs for different orchestras, I think it is important to understand the audiences’ interests in a particular city. Then, I also try to expand their horizons a little bit. Of course, I don’t play that many Brazilian pieces in the US. But in general, both orchestras are very creative in their programming. They are open to a lot of music.

Q: Is it challenging to work as a female conductor?

A: When I first started my career 30 years ago, it was more challenging than advantageous to be a female conductor. My first name Marin is not that common, so people sometimes didn’t know that I was a woman. I could tell that by the surprised look they had when I arrived on stage.

Though it was challenging at first, I was later able to take advantage of being a novelty. But I don’t think that anyone wants to be known for one’s gender or height. I would rather be known for creative programming or musical sense. That’s something I can control and make a contribution. It is just a roll of the dice that I was born a woman.

I think we are seeing a lot of changes right now. I hope the changes will sustain over the next few years. We will see more women in the field. I am trying to create more opportunities for women. It is interesting that the choir conductor of the Sao Paulo orchestra has been a woman for 20 years. That is a history Sao Paulo should be proud of.

Q: Is that why you started the fellowship for women conductors?

A: I assumed that there would be a lot of women conductors after I started. But after 20 years, there were still not many. So, I started a fellowship for women conductors in 2002. We have had 20 winners so far. They are all doing extremely well, so I hope that’s been helpful.

We select one winner and two associate winners each year for a two-year fellowship. The bonus is not big. The idea is to create a lot of opportunities for the women to experiment in front of orchestras without pressure. Often, I will take the winner to different orchestras with me. She will conduct the opening work and get some comments from the musicians.

I think one of the most important things for a conductor to grow is to be able to make mistakes. When you only have one chance, you cannot make mistakes.

For me, when I first conducted the Philadelphia Orchestra as the first woman to ever conduct a subscription concert, the pressure was so enormous that I couldn’t really afford to make mistakes. The idea of the fellowship is really to create a safe environment for talented women to make mistakes, so that they can grow.

Q: What are the qualities needed to be a female conductor?

A: The same qualities as needed by a male conductor. They need to inspire confidence in people, to enable people to perform their best and, of course, to be completely prepared and confident. I think all conductors need to have a good resilience because it’s hard to be the focal point of criticism all the time, and you have to deal with over 100 people with very strong egos.

In conducting, what we do is send messages through body language. If I make certain gestures as a woman, they can be interpreted very differently.

I sometimes tell my students to be careful about that. If a gesture looks too girly, people will say that she is not serious. If a man makes the same gesture, people will say he is sensitive. So, you have to really think about it because society interprets gestures differently. 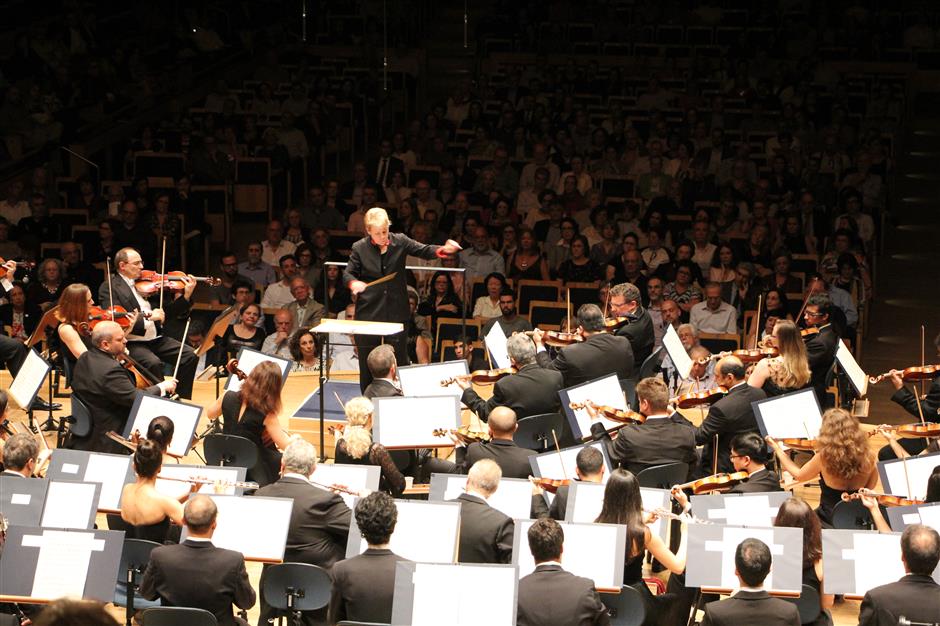