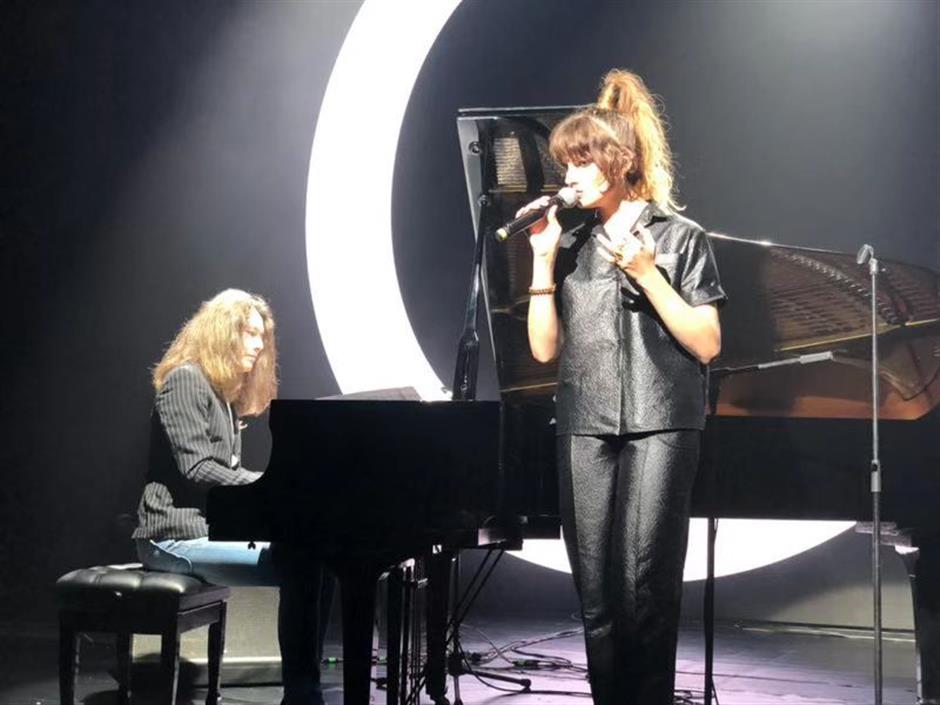 The Crxssing, an avant-garde festival celebrating British and French culture, made its Shanghai debut at the Bandai Namco Dream Hall in Putuo District on Thursday.

Laffut presented a series of songs featuring the fusion of Western pop and French electronic music. The two also performed together.

Created by French media group Vivendi, the festival was launched in 2017 with performances at London’s iconic Abbey Road Studios before moving to a larger venue at King’s Cross. It has since spread to Paris, Los Angeles and Shanghai. Next, it will move to Tokyo.

When visiting a new country, the Crxssing usually invites a local artist to perform together with a festival artist.

Luo, who grew up in the Xinjiang Uygur Autonomous Region, combines jazz with folk music and even Peking Opera elements. He appreciated Laffut’s multiple roles as an artist.

“A musician can always borrow ideas from other art forms. The multi-roles will make her music rich and help her break the boundaries of all art forms during the creative process,” he said. 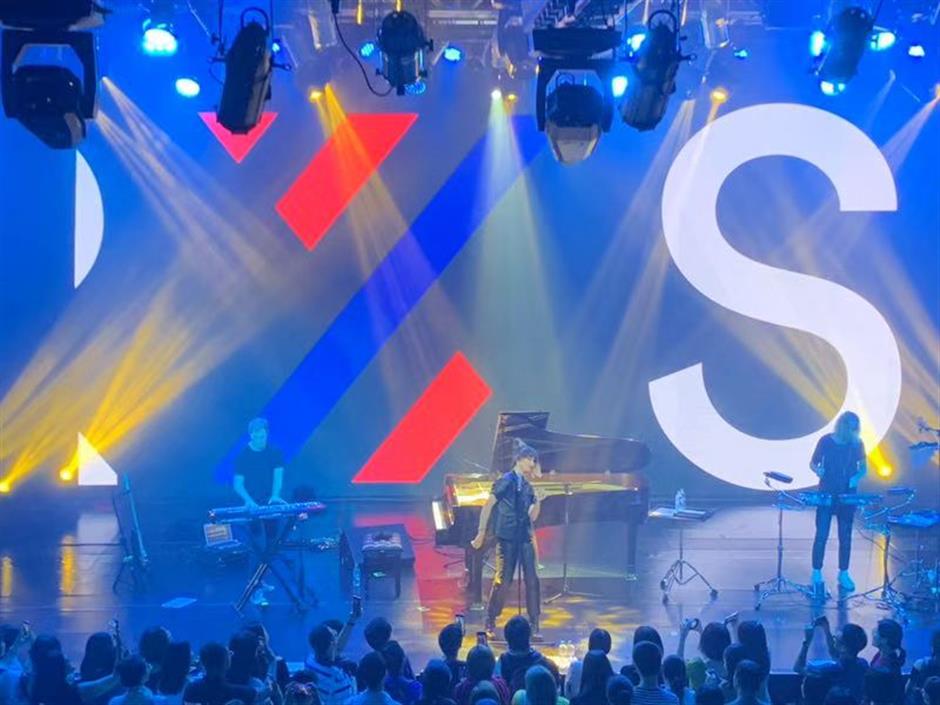 The Crxssing was launched in London in 2017 and has since traveled the world.