Action adventure film “Jumanji: The Next Level” will hit cinemas across China on December 13, simultaneously with its release in North America.

Starring action-movie actor Dwayne Johnson and Karen Gillan, the film is a sequel to the 2017 box office hit film “Jumanji: Welcome to the Jungle.” Johnson, who is also known as “The Rock,” is hailed by many Chinese movie buffs for both the muscle and brain he displays on the screen. In the new installment by Jake Kasdan, he will lead the group of adventurers to go back to Jumanji in order to save one of their lost team members. However, the game has changed a lot and things go beyond their expectations.

All of them will face unprecedented challenges and threats from the deserts to the snowy mountains. They will also use their wisdom and courage to fight against unknown beasts and escape the dangerous game.

A lot more visually impelling and fantasy scenes will be featured in the movie, such as the wildly running ostrich herd, an avalanche and chasing baboons.

The film will be available in IMAX version at the country’s 600 or so IMAX theaters. 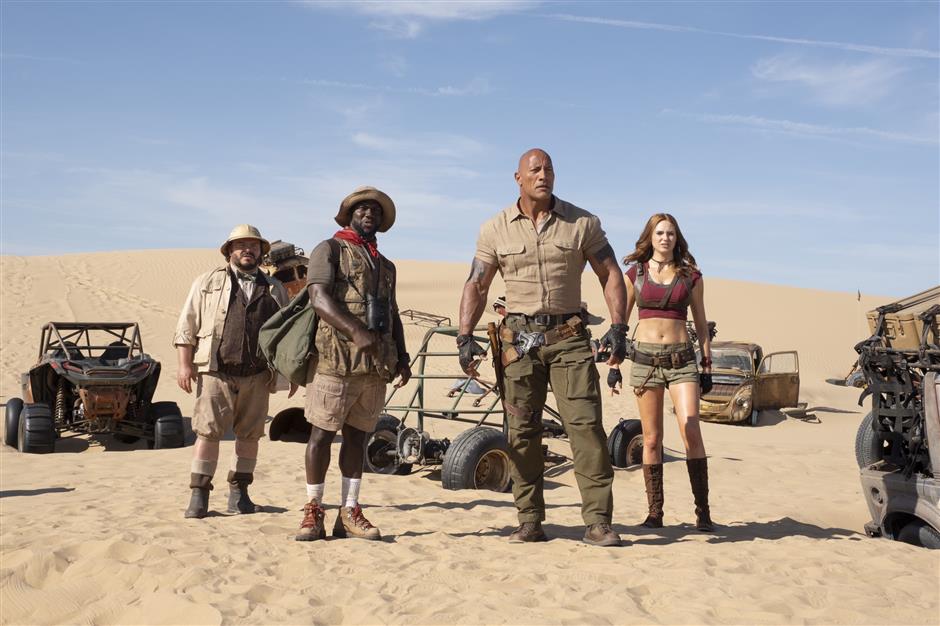