This year will herald a new dawn for Shanghai as the metropolis hosts a film exhibition every week throughout 2020.

Shanghai is to promote a wide range of cinematic diversity and creativity in a somewhat groundbreaking new move.

Recent film productions and representative works by film masters will be exhibited for the city’s movie buffs. Experienced curators for film exhibitions will also be engaged in the program.

This weekend witnesses the “Hungarian Film Masters Exhibition.” From today till January 12, seven movies by five well-known Hungarian filmmakers, such as Miklos Jancso and Marta Meszaros, will be screened at Tianshan Cinema.

All of these movies are being shown on the Chinese mainland for the first time. Some have been digitally restored in a 4K version for more impressive images and sound.

“The Round-Up,” a drama film by Jancso, is centered on the experiences of prisoners who are suspected of being Lajos Kossuth supporters.

“The Red and the White,” a film about the Russian Civil War (1917-22), is a representative work by Jancso. He used long poetic shots to tell the story.

“Love,” directed by Karoly Makk, has a humanity theme and follows people in a difficult or embarrassing position.

“The Boys of Paul Street,” a drama by Zoltan Fabri, was the first Hungarian film to receive an Academy Awards nomination for Best Foreign Language Film.

Director Marta Meszaros’ “Don’t Cry, Pretty Girls” is an inspiring story about women’s search for freedom and love. It also features performances by several popular rock bands. The director also has another film to exhibit, “Adoption.” The film follows a friendship between an unmarried middle-aged woman and a girl in an orphanage. It won the Golden Bear Award at the 25th Berlin International Film Festival in 1975.

“Current,” the feature film directorial debut of Istvan Gaal, is considered to be an avant-garde Hungarian New Wave film. It portrays the confusion and pains of a group of young Hungarian people in the 1960s.

This year’s film exhibitions will select works by celebrated filmmakers from 17 countries, including Russia, the UK and Spain.

The movies will provide an insight into the history and culture of the countries. Film enthusiasts will also have a chance to learn about the distinctive art and career of many movie masters, such as Russian filmmakers Eldar Ryazanov and Andrei Tarkovsky, Georgian film director Sergei Parajanov and Thai filmmaker Apichatpong Weerasethakul.

In addition, themed exhibitions will be hosted to highlight the charm of xiqu (traditional Chinese theater) movies, new year’s films and mainstream movies.

To celebrate the 115th anniversary of Chinese cinema, a trilogy retrospective exhibition about the city’s contribution to China’s film industry will be presented.

Works by local film director Sun Yu, actress Zhou Xuan and the celebrated Wenhua Film Company, which produced a lot of famous works such as “Spring in a Small Town” and “There is a Family,” will be displayed in the trilogy exhibition.

Film insiders believe that the film industry will benefit from market segmentation through regular film exhibitions. Both the art-house audience and talented young filmmakers will be cultivated.

Some film exhibitions will also reach other cities in the Yangtze River Delta region in the future.

Tickets for the exhibitions are available on dianying.taobao.com and maoyan.com. 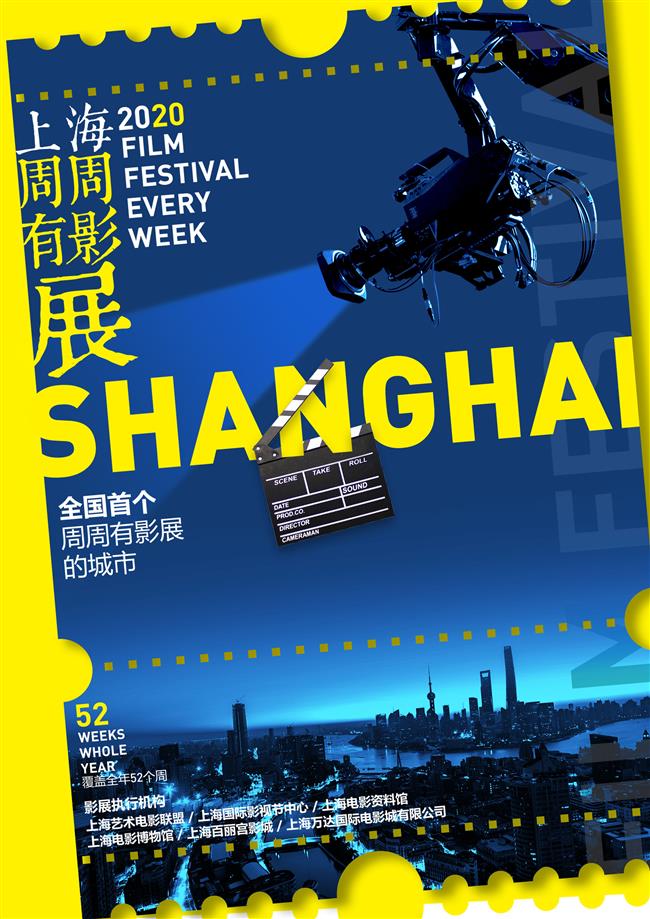 "The Boys of Paul Street"