The Broadway musical “Dreamgirls,” the story of a young female singing trio from Chicago facing struggles on the road to stardom, is making its Asian debut with 16 performances at SAIC Shanghai Culture Square through next Tuesday.

The production, with a mostly African-American cast, is set in the cut-throat, booming pop music industry of the 1960s and 70s in the United States.

“The musical still has realistic significance in today’s world,” said director and choreographer Bobby Longbottom, 62, who watched the original version of “Dreamgirls” when the musical opened on Broadway in 1981.

Based on a book by Tom Eyen, who wrote the lyrics to music composed by Henry Krieger, “Dreamgirls” won six Tony Awards and was adapted into a 2006 movie starring Beyonce and Jennifer Hudson.

The musical moves through a rich panoply of musical genres, including soul, rhythm and blues and gospel. Three of the songs — “Listen,” “And I Am Telling You I’m Not Going” and “Dreamgirls” became hit singles.

With a mostly African-American cast, “Dreamgirls” tells the story of a singing trio from Chicago struggling to hit the big time in show business.

When choreographing the current version of the show, Longbottom said he borrowed ideas from African-American street dance and popular female dance groups of the 1980s.

In chasing their dream, the show’s young singers face hurdles on the road to stardom, including betrayal, deception, racial discrimination and psychological stress. They discover how the music business can turn from ugly to glorious in the blink of an eye.

“Everyone in the US wants to be a star, and that explains the popularity of talent shows,” said Longbottom. “I wanted to show how the entertainment industry, including TV culture, influences the rise of stars.”

He continued: “Audiences are not only interested in the stories of those who manage to laugh until the end. They also want to watch the emotional changes, the ups and downs of those who fail.”

Realistic elements of the plot include a singer being judged by appearance, not voice, and a song composed for African-American singers being stolen by white pop singers.

It is perhaps striking to some that most of the performers in the musical are people of color, while the director and producer are white.

“In today’s US, racism-related issues still exist,” said Longbottom. “But things are changing, and this musical still has realistic significance.” 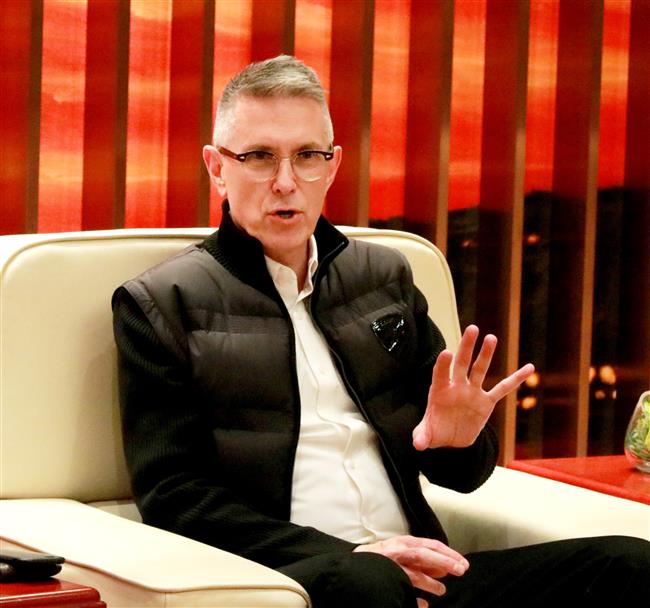 Director Bobby Longbottom wants to show how the entertainment industry influences the rise of stars.

African-American actor Alex Gibbs, who plays the role of James “Thunder” Early in the show, said he has no problem with the musical being directed and produced by white people.

“I’m very glad they can see and understand the racism issue from our perspective,” said Gibbs. “We are making progress, but we still have a long way to go. The issue of equal rights will continue to be discussed. I’m happy we are discussing it like this today.”

Gibbs was also frank about the challenges that an African-American faces in the entertainment industry.

“As a person of color, one might have to work 10 times harder to stand out,” said Gibbs. “In auditions, we have to be stronger, be more competitive and take more pressure. White people have it easier to succeed in the market.”

“I’m happy to be able to present African-American culture in the form of musical. It’s a highlight of my career,” said Sher.

Shanghai is the only China stop on the “Dreamgirls” world tour before the musical heads to Japan.