International viewers’ enthusiasm for Chinese television and online dramas continues to grow with the emergence of several original, high-quality productions. Many are fascinated by the shows’ distinctive cultural and artistic esthetics seen in costume and family dramas, urban romances and fantasy epics.

Major improvements in Chinese TV and web series’ storytelling, cinematography and artistry have attracted many foreign fans. Today, it’s quite common for Chinese dramas, documentaries and variety shows — with subtitles in Chinese and other languages — to be distributed overseas, mainly streamed on video websites and mobile apps such as Netflix, YouTube, Mydramalist and Rakuten Viki.

During last year’s 25th Beijing TV Program Market and Exhibition, officials from the National Radio and Television Administration said Chinese dramas have been exported to more than 200 countries and regions across the globe, more than 70 percent of which are dramas.

Costume dramas and suspense-crime series are among the most popular genres of Chinese productions aired on American streaming websites.

Director Zheng Xiaolong’s costume drama “Empresses in the Palace” was condensed into a six-episode miniseries for Netflix in 2015. Later, the streaming service bought the global streaming rights to many popular Chinese shows, including “The Rise of Phoenixes,” “Day and Night” and “Burning Ice.”

Broadcasters and online platforms in North America are also interested in time-honored Chinese dramas like “Journey to the West,” “The Qin Empire,” “Water Margin” and “Meteor Garden.”

The fantasy romance “The Honey Sank Like Frost” was hailed by a number of South Korean viewers impressed by the drama’s exquisite costumes and spectacular scenes; some also considered it a good opportunity to learn Chinese.

South Korean producers are also eager to present new remakes of popular Chinese dramas. So far, South Korean adaptations of “Treading On Thin Ice” and “Fated to Love You” have been aired.

Japanese broadcasters usually prefer in-depth, epic dramas, including “The Advisors Alliance,” “Nirvana in Fire” and “The Glory of Tang Dynasty.” Most of these series feature rich elements of traditional Chinese arts. Japanese remakes of Chinese classic dramas like “Journey to the West” and “Romance of the Three Kingdoms” have also been produced.

Other Southeast Asian countries, such as Thailand and Malaysia, have mature collaboration mechanisms with domestic producers.

The Chinese video-streaming firm iQiyi has launched a long-term strategic partnership with Astro to regularly offer original TV dramas, films and variety shows for its new high-definition channel. According to iQiyi’s Yang Xianghua, Internet technology has made global cultural exchanges and transmissions more convenient, and the company will continue to create high-quality, original content for international audiences.

The 70-episode period drama “Story of Yanxi Palace,” for example, has been available in more than 70 markets globally and was translated into 14 languages, including English, Arabic and Vietnamese. Centered on the power struggles during the reign of Emperor Qianlong (1711-99), it has been widely praised for the quality of its costumes and sets. 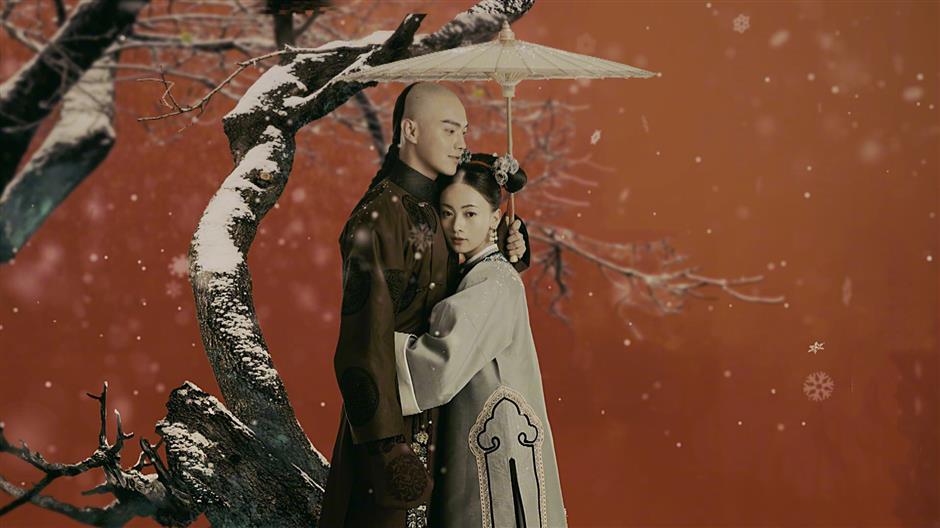 A scene from the “Story of Yanxi Palace”

Co-production with filmmakers in China and Thailand is also common for youth and romance series. “Fleet of Time” and “What the Duck: The Series,” each with international crews, target young viewers in both countries.

Family dramas rooted in ordinary people’s lives and universal emotions are especially popular in Africa. “A Beautiful Daughter-in-Law Era,” “Romance of Our Parents” and “Let’s Get Married!” have been translated into various languages for African audiences. Fantasy epics and martial-art dramas are also popular.

Based on the novel by Ma Boyong, “The Longest Day in Chang’an” is set in the Tang Dynasty (AD 618-907) when the ancient cosmopolitan city Chang’an (present day Xi’an) was on the verge of being attacked by a mysterious army on the eve of Lantern Festival, giving detectives mere hours to stop the onslaught.

The series has received high ratings on both Amazon Prime and IMDb. Many foreign viewers like its intense plot, taking place within a span of only 24 hours. Some consider it an epic for its exquisite historical settings and costumes, superb cinematography and in-depth portrayal of people’s lives in the Tang Dynasty.

Online viewer Nathan L. gave it 5 stars on Amazon Prime, calling it “an amazing revival of ancient Chinese history.” He cited the drama’s attention to detail and called it the most exciting Chinese TV series he’s watched in ages.

“What makes this more appealing is the historical backdrop of the Tang Dynasty, displaying the art and culture of the time and adding a lot more to the counter-terrorism story,” he said.

Martial-arts drama “The Untamed,” hugely successful on Tencent last year, is now available on Netflix, Viki and MyDramaList. It’s been so popular with foreign audiences that a party in Thailand for fans of the series attracted thousands of people.

Starring heartthrobs Xiao Zhan and Wang Yibo, “The Untamed” chronicles two soulmates who embark on an adventure to solve a series of murders. Many foreign viewers are captivated by its superb cinematography, lavish sword-fighting scenes and exquisite costumes. Traditional Chinese musical instruments, etiquette and virtues are also showcased.

The series has already been translated into 11 different languages for release in North and South America, Europe, Australia, South Korea, Japan and the Philippines. The original online novel has been developed into an animated series and mobile game, which will be displayed at the 2020 CCG Expo.

“The Story of Ming Lan” is currently aired on Viki and YouTube for global audiences. The story focuses on the life of a smart girl from a prominent local family in the Northern Song Dynasty (960–1127), providing insight into everyday life and domestic politics in 11th-century China.

“Go Go Squid” is a sweet modern love story about a romance between an ordinary girl and an intelligent e-sports gamer. “All Is Well” is a family drama about parenthood and inter-generational conflicts.

Experts attribute the overseas popularity of Chinese films and dramas to the brilliance of Chinese civilization and the way it inspires good stories and cultural creativity.

“Meanwhile, China’s TV and film industries have greatly improved in terms of professionalization and industrialization,” Shi said. “We still have many good cross-cultural topics to explore, such as the legendary life of kung fu icon Bruce Lee and the village life of modern Chinese fairy Li Ziqi. In addition to costume dramas, I hope Chinese filmmakers will produce more contemporary Chinese stories with universal emotions.” 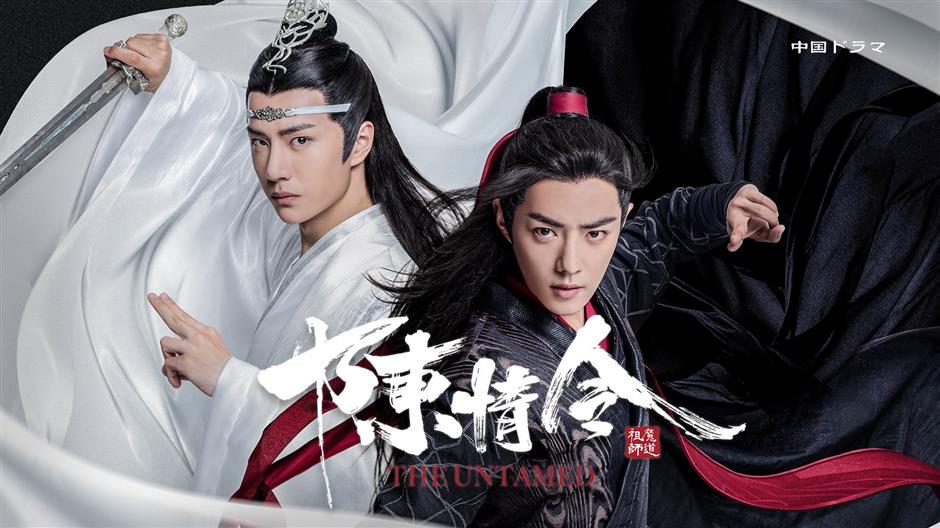 Xiao Zhan (front) and Wang Yibo in “The Untamed”