The festival’s jury gave the series high praise for its combination of diverse Internet-related cultural elements and novel storytelling.

Earlier this year, the first and second seasons of the series were released to an international audience via dubbed versions on Netflix, making it the first original Chinese cartoon series ever shown on the American streaming platform.

To date, the series has been broadcast 3 billion times on the Internet, cultivating a large, international fan base. It was also nominated for a “TV Film” award at the 2018 Annecy International Animated Film Festival.

Many viewers are drawn to the humor and touching scenes of the series. The evolution and adventures of the series’ central character Wu Liuqi, an assassin who has amnesia, are depicted in a unique and comedic way. 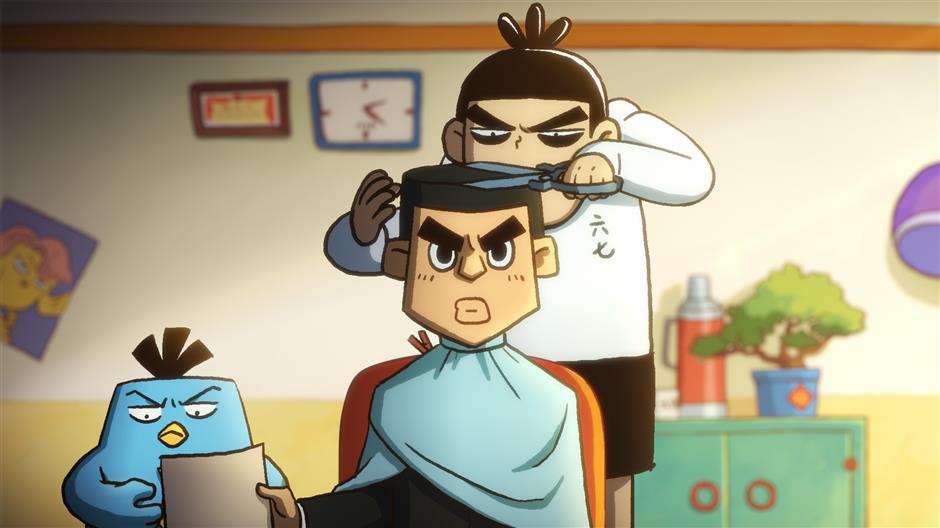 The series’ success has inspired producer Zou Shasha, founder and CEO of AHA Entertainment, to ponder future cartoons and their intellectual property (IP) with global appeal.

Zou said she based her company in Shanghai due to animation’s long history in the city and its mature industrial chain.

In 1926, the first Chinese animation “Uproar in the Studio” was created in Shanghai, two years prior to Walt Disney’s Mickey Mouse cartoons. The black-and-white short film combines live footage and drawings to tell a simple story about an artist’s studio creation.

The Shanghai Animation Film Studio, founded in 1957, has produced many acclaimed works, including “Monkey King: Uproar in Heaven,” the “Black Cat Detective” series and the “Calabash Brothers” series.

It has also produced many traditional Chinese folk arts, such as paper cutting, ink-wash painting, puppeteering and clay animation. To date, the studio has produced more than 500 animated films and series, many of which have influenced generations of Chinese.

“Compared to many other cities, Shanghai has good cultural ambience and a high level of entertainment consumption,” Zou said. “The city now has a complete industrial chain and the animated industry in Shanghai is booming with the help of strong government policy support.”

Zou and her team are exploring new avenues to elevate Chinese animation’s international appeal. In her eyes, Chinese animation shouldn’t merely imitate foreign styles. Instead, it should have its own unique aesthetics, cultural values and reflections on humanity.

Her company will continue discovering and supporting talented young animators and filmmakers around the world by offering assistance to developing original ideas and concepts, production, marketing, by-products design and merchandising.

Zou’s film studio has partnered with many young filmmakers, including Shen Ao and Liu Bowen, to help create their own studios and companies.

Over the years, China’s animation-film industry has flourished with a series of popular hits, including “Big Fish and Begonia,” “White Snake” and “Ne Zha.” Among them, “Ne Zha” grossed more than 5 billion yuan (US$732 million) on the Chinese mainland. On October 1, the highly anticipated animated film “Legend of Deification” will be released in cinemas across China.

These productions feature distinctive Chinese elements and spectacular visuals. Many are based on ancient Chinese legends.

Their success has boosted industry insiders’ confidence in Chinese animation’s future. The rich, profound history of Chinese culture has inspired many animation-film storylines, incorporating cutting-edge technology and universal themes that resonate around the world.

“The Chinese animation industry should continue to improve its ability to develop cartoon IP, franchises, and increase the influence of Chinese culture around the world,” Fan said.

Data show that many foreign viewers of “Scissor Seven” are from English-speaking countries, with more than a third coming from the United States and Canada — more than both Europe and Southeast Asia.

The third season of the series is slated to be released at the end of the year, and future seasons are in the works. Four movie productions based on the series are also under way.