In a historic year at the box office, a recent survey reveals Chinese movie buffs regard this year’s must-see movies during the Spring Festival as the best. A number of new productions of diverse themes were offered during the important movie season of the year.

The survey, conducted over the holiday period by the China Film Art Research Center, shows Chinese cinemagoers favored three movies: “Hi, Mom,” “Detective Chinatown 3” and “Endgame” — based on their storyline and artistry. 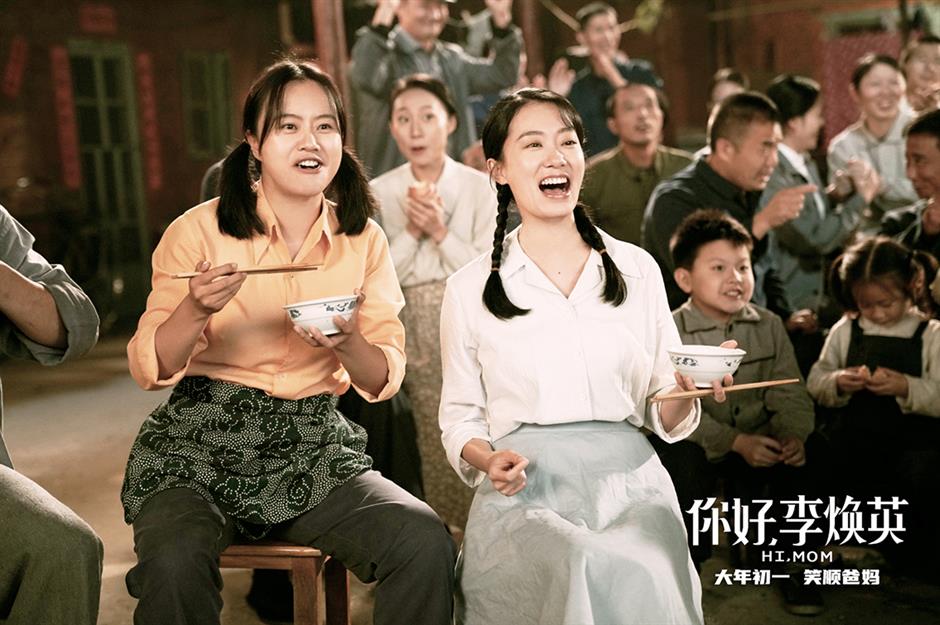 Wang Yun, a 31-year-old movie buff, saw six of the seven Spring Festival releases, and highlighted two of the three, “Assassin in Red” and “Endgame,” as his favorites.

“Assassin in Red” has multiple plot lines intertwining reality and fantasy, with a modern fable theme of revenge and redemption. “Endgame,” on the other hand, is an interesting story that provides an insight into the truth and absurdity of reality.

Statistics from China Film Administration revealed the Chinese box office created history at this year’s Spring Festival. A record of 7.8 billion yuan (US$1.2 billion) was taken over the counter, a 32.5 percent increase over the same slot of 2019.

Last year, movie theaters in China were shut for almost six months, from late January to July, because of the coronavirus outbreak.

During the Chinese New Year holiday from February 11 to 17, around 160 million viewers attended more than 390,000 screenings at theaters all over the country. It has been a robust opening for China’s film industry in 2021. As of last weekend, the national box office has already surpassed 13.7 billion yuan in takings. 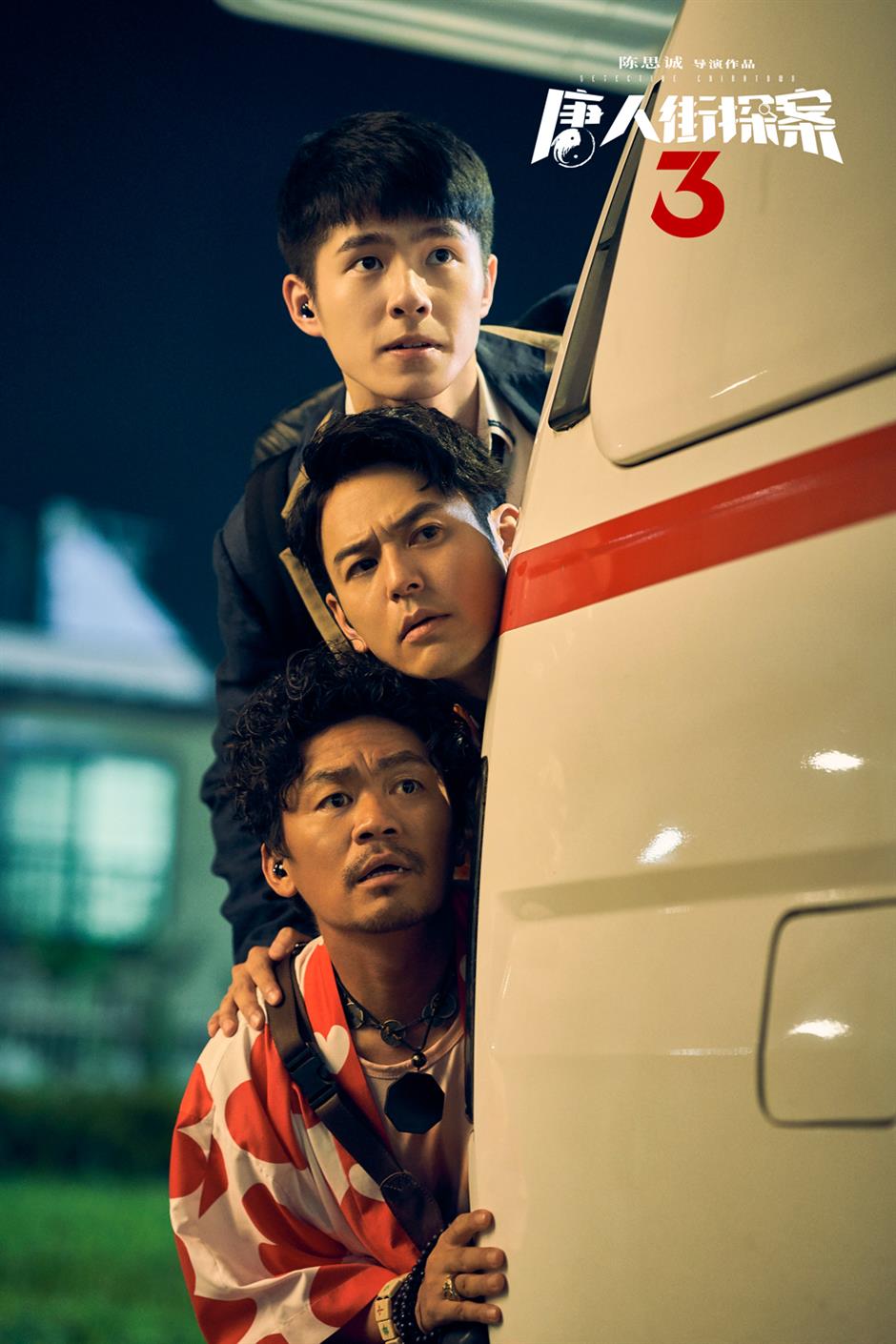 Among the seven Chinese films released during the holiday, “Detective Chinatown 3,” “Hi, Mom” and “Assassin in Red” were the top-grossing ones, reaping 3.56 billion yuan, 2.72 billion yuan and 539 million yuan respectively.

Chen Sicheng, director of “Detective Chinatown 3,” has become the first Chinese filmmaker to contribute more than 10 billion yuan to Chinese cinema. Chen’s new sci-fi movie “Mozart in Outer Space” is scheduled to hit screens around the country later this year. 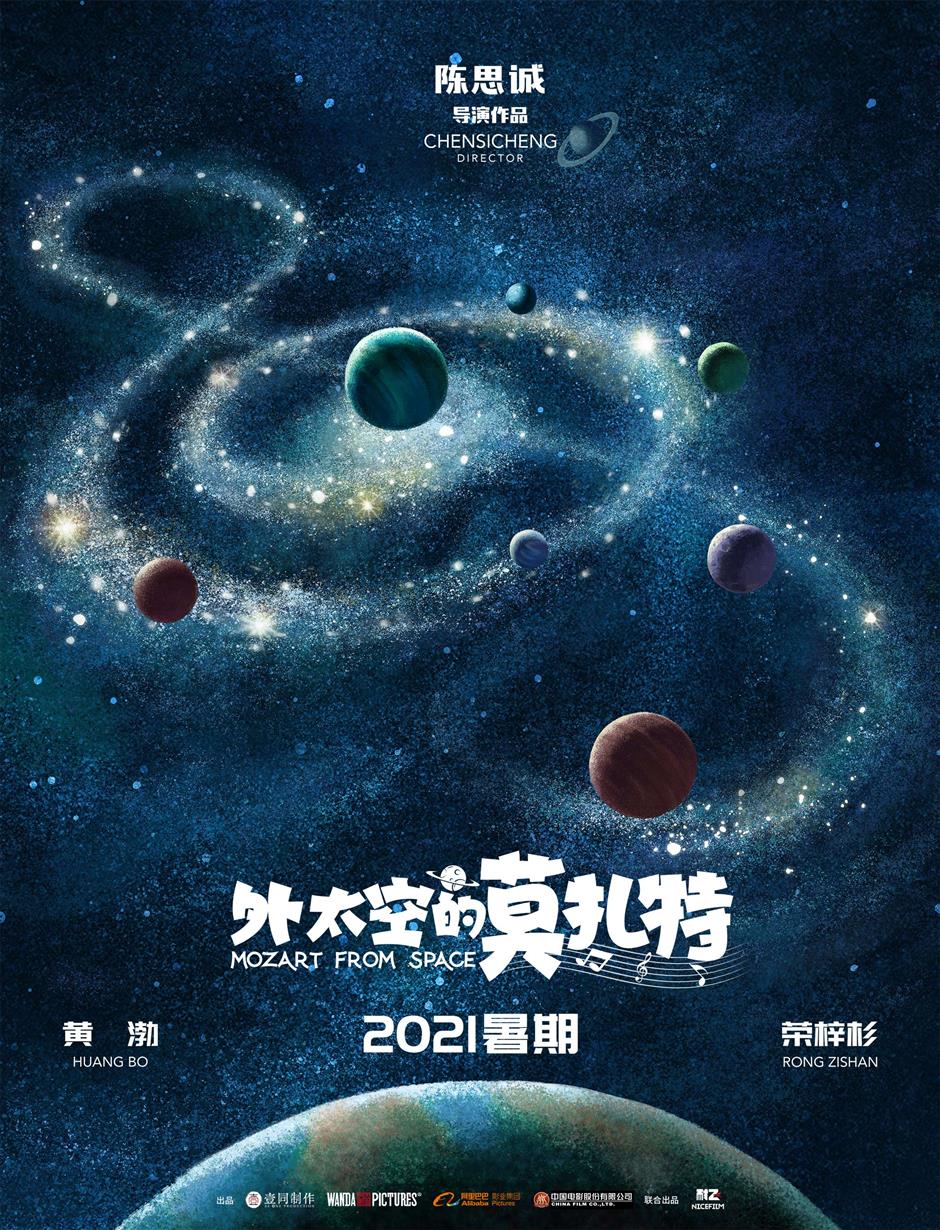 Additionally, many out-of-towners chose to stay in the big cities for the holiday season to reduce the risk of COVID-19 infection.

Professor Liu Haibo, a film expert from Shanghai University, said that people’s enthusiasm for movies was reignited. The Spring Festival box office performance will also rebuild filmmakers’ confidence in the market, which faced unexpected challenges last year because of the pandemic.

“Theaters will still be the primary venue for movies to be released in the future as ordinary people are used to watching films in a cinema,” professor Liu said. “But filmmakers must keep improving the artistry and originality of their works to attract the audience.”

The most important screening seasons in China include the Spring Festival, summer break, the National Day holiday in October, Christmas and the New Year.

Professor Liu says some producers and film investors will choose online distribution as a substitute for theatrical release amid the uncertainty of the pandemic. It means that cinemas need to broaden their service scope and make changes to survive. Live broadcasts for big sporting events and concerts seem to be a good supplementary to film screening. 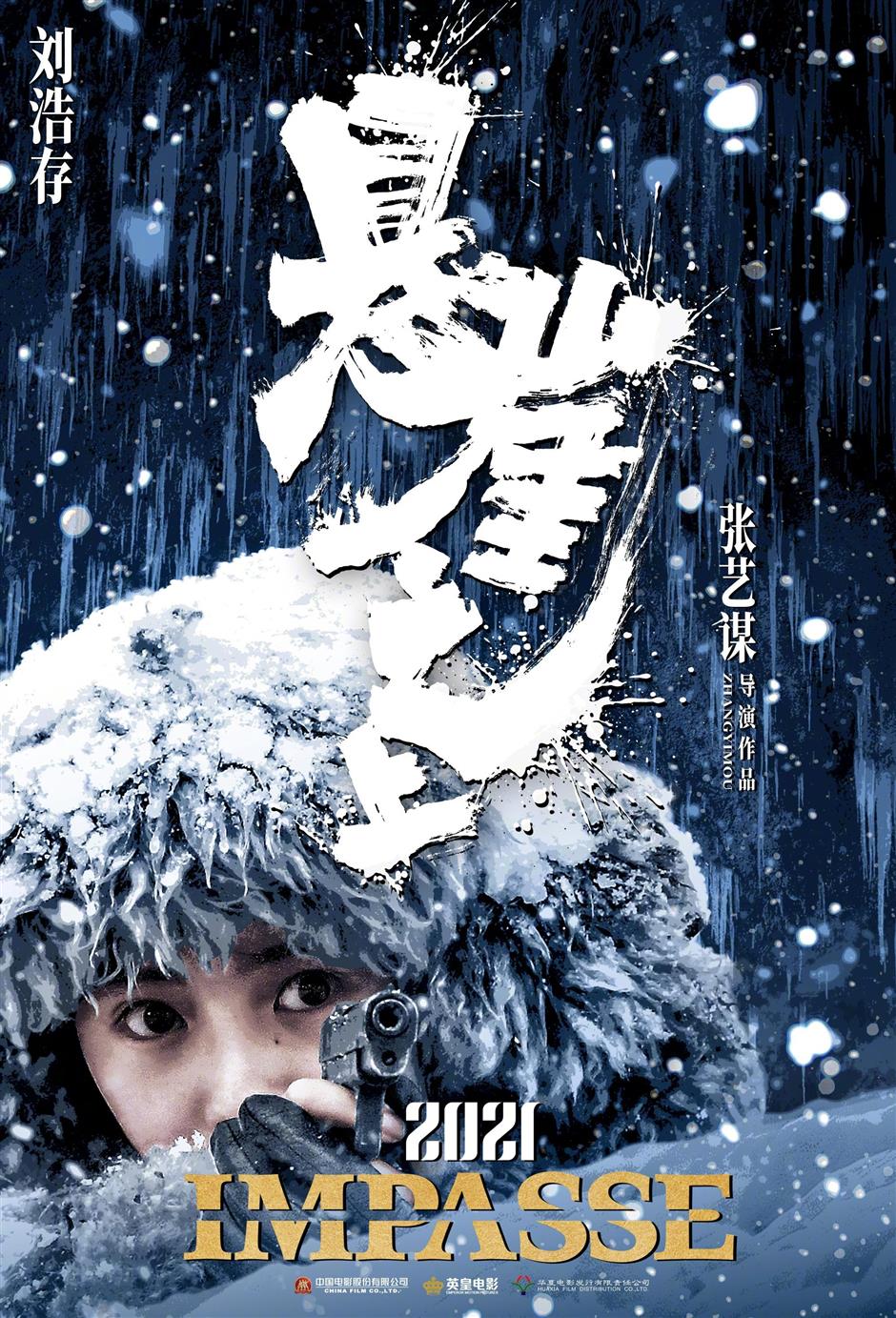 Both experts and movie buffs are optimistic about the development of China’s film industry this year.

The film, set in the 1930s, is director Zhang’s first attempt in the spy thriller genre.

Since this year marks the 100th anniversary of the founding of the Communist Party of China, an array of mainstream movies will be released.

Two eye-catching productions by Shanghai Film Group include “1921” and “Wang Dao.” “1921,” helmed by Huang Jianxin, reveals how the Party was founded in Shanghai 100 years ago. Biopic “Wang Dao” is centered on linguist and educator Chen Wangdao’s efforts to translate the first full Chinese version of “The Communist Manifesto” by Karl Marx and Friedrich Engels. 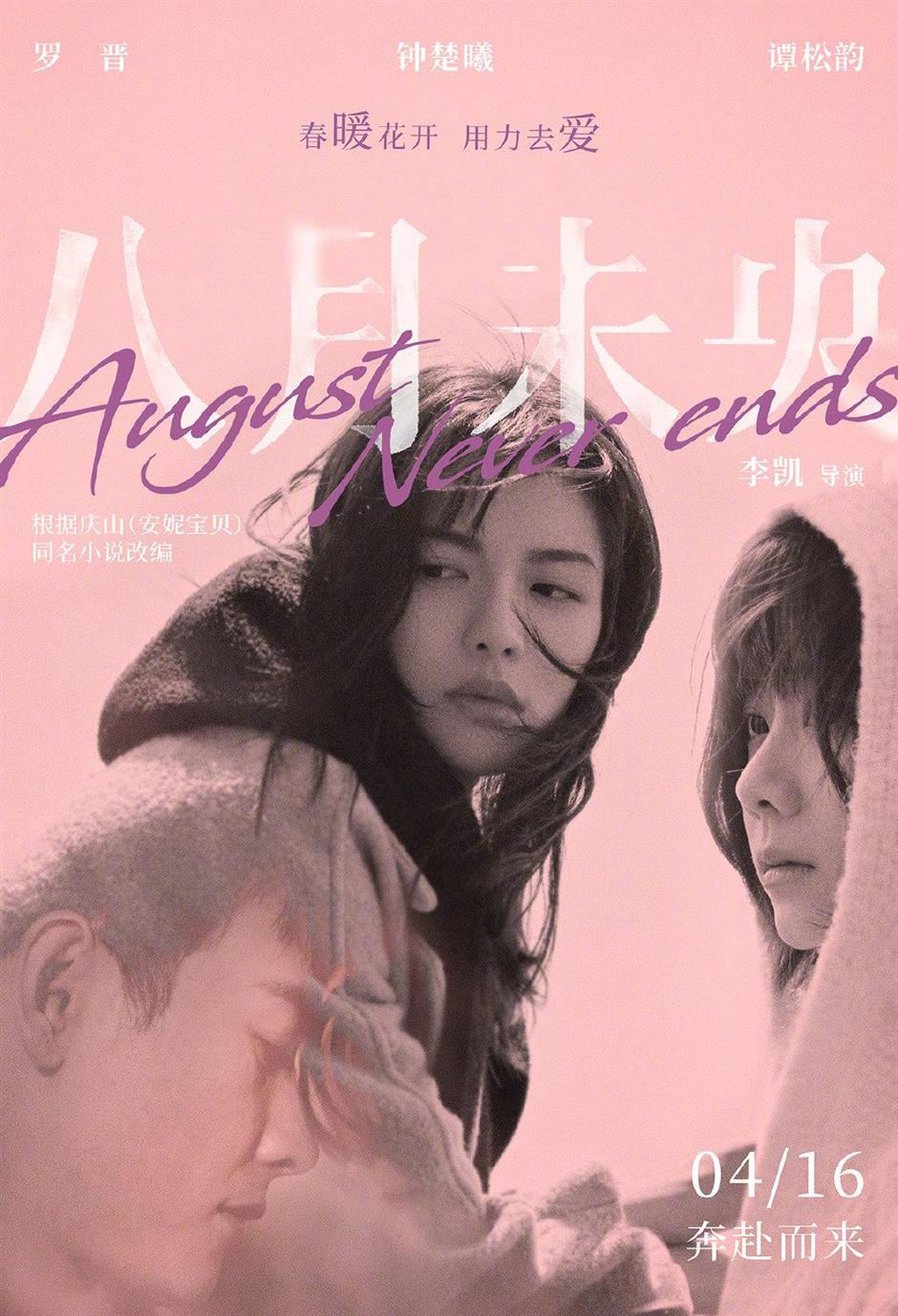 Tan Songyun’s romance movie “August Never Ends” will be released on April 16. Based on the work of novelist Qing Shan, it follows two close friends who fall in love with the same man. It is an urban tale of love, youth and friendship.

The first installment of director Wu Ershan’s highly-anticipated epic fantasy “Fengshen Trilogy” is another film scheduled to hit cinemas across the country this year.

Considered China’s answer to “The Lord of the Rings,” the series is inspired by the plot of a 16th-century Chinese novel “Fengshen Yanyi” (The Investiture of the Gods). The plot follows the combat between immortals and demons 3,000 years ago.

Meanwhile, several female filmmakers will be active this year.

The pandemic inspired veteran female directors Sylvia Chang, Li Shaohong and Chen Chong to shoot “Her Story,” which will be screened later this year. The film records touching moments of how ordinary people faced up to the challenge of the pandemic. 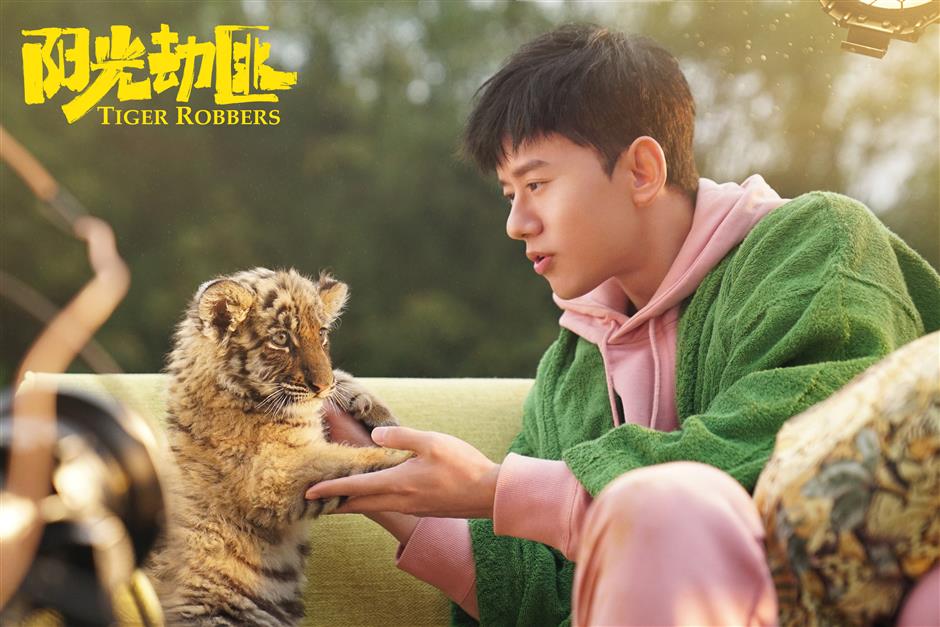