Street dancing gets a 'grand' thumbs-up

When Liu Lei did street dances for passers-by at downtown People’s Square some 20 years ago, such performances were considered plebeian. At the northern end of the square this week, a street dance show was staged in the landmark Shanghai Grand Theater.

The show entitled “If There Are Only Chinese Songs in the World” featured some of China’s top street dancers, both individuals and groups, with some stand-up comedy elements thrown in for good measure.

“I still remember dancing to music played by a speaker I brought to an open space in front of the construction site of the future Grand Theater,” said Liu, who is now the founder of Shanghai-based street dance company Caster.

“I used to dream about dancing on the stage of Shanghai’s best theater,” he added. “Now, 20 years later, I’m bringing the dancers of my company here. A dream come true.” 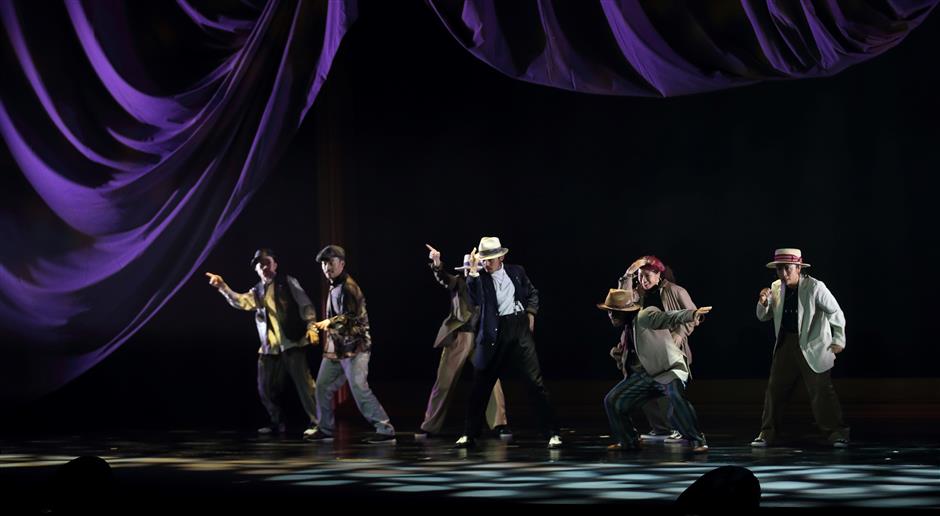 “If There Are Only Chinese Songs in the World” featured some of the country’s top street dancers, both individuals and groups.

In the finest tradition of watching street dancers, the audience at the Grand Theater cheered loudly and interacted with the performers. This was not the usual dressed-to-the-hilt set that fills the 1,800-seat theater.

Wednesday’s performance was a milestone in the acceptance of street dancing as a legitimate genre in the performing arts. Street dancing usually is performed in more casual venues. Even on tour, “If There Are Only Chinese Songs in the World” played at small-capacity venues.

The Grand Theater is trying to attract younger audiences by staging street dance and other formats previously ignored by posh performance sites.

“To bring street dancing to the stage was a daring decision and a challenge for us,” said Zhang Xiaoding, general manager of Shanghai Grand Theater. “However, tickets for this performance began selling briskly even before the dancers were announced.”

“If There Are Only Chinese Songs in the World” was created by former street dancer and emcee Liao Bo in 2017. Six performances of the show have been staged around the country in the past four years.

Liao invites different dancers for each performance. They decide program content. “They are free to present whatever they want to show to audiences,” said Liao.

“There is no contest among dancers, no judging panel. Dancers are able to present their most sincere, creative performances.” 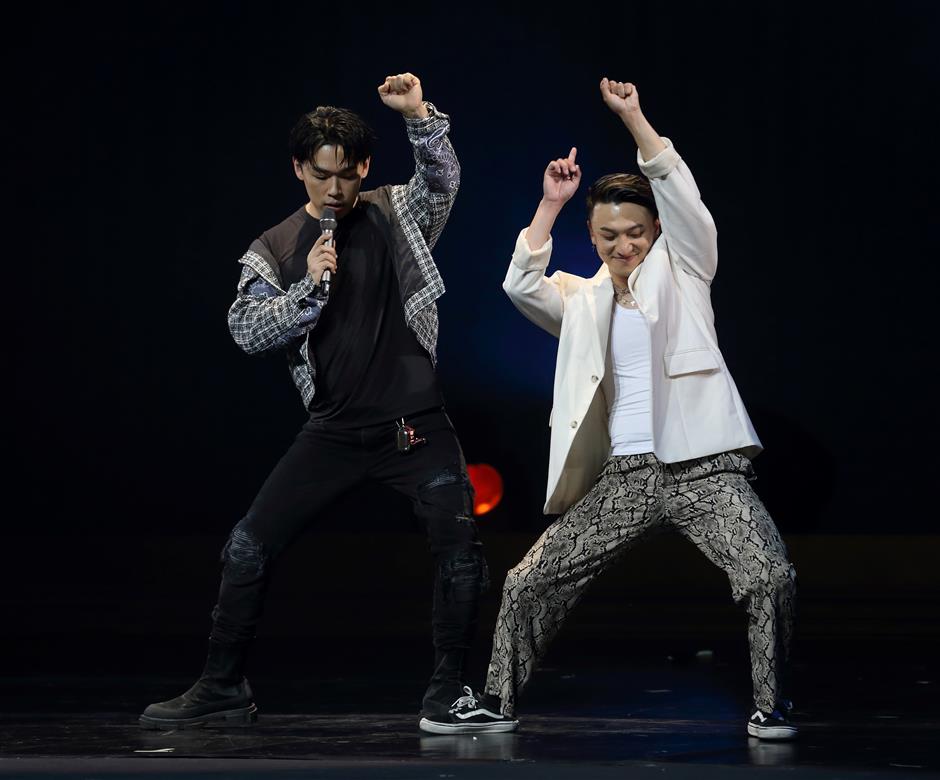 Liao Bo (left), who created “If There Are Only Chinese Songs in the World” in 2017, also served as emcee at the Shanghai performance.

Liao said all music used in the shows are Chinese songs.

“Chinese lyrics can resonate with the emotions of dancers and audiences,” he said. “Some of the quieter songs demonstrate the depth and richness of street dance.”

“We want the younger generation to see that the theater is willing to try new and inventive things,” she said.

The Grand Theater invited an experienced stage director and light and audio engineers to assist in the production of the street dance show.

“All stage effects were aimed at enhancing the dances and raising the artistic level of the performance to a standard that even regular Grand Theater patrons would recognize,” said Zhang.

“The show is not restricted to street dances,” said Liao. “In a way, street dance is a form of contemporary dance.” 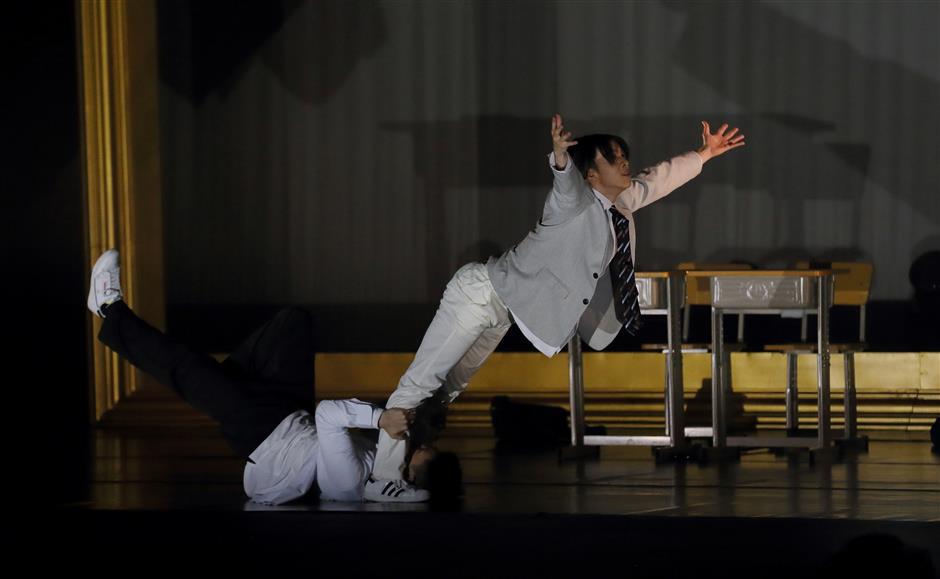 The performance staged at Shanghai Grand Theater was a milestone in the acceptance of street dancing as a legitimate genre in the performing arts.