The highly anticipated epic film "The Battle at Lake Changjin" is slated for national release on September 30. The film is a tribute to the 100th anniversary of the founding of the Communist Party of China, and the bravery of the People's Volunteer Army of China during the Korean War (1950-53).

The film, with a budget of more than 1.3 billion yuan (US$200 million), is the most expensive film in the history of Chinese cinema. It recreates war scenes from 71 years ago using more than 7,000 people. Over 70,000 extras, including veterans, firefighters and armed police, also participated. More than 40 special effects companies from across the world have been involved in its post-production.

The film depicts how the Chinese People's Volunteer Army won the battle at Lake Changjin in extreme weather conditions. The battle, which took place from November 27 to December 24, 1950, is considered one of the fiercest battles of the Korean War and a turning point.

During the battle, the Chinese used a successful strategy to split the United States military's elite troops with sieges, and forced American troops to evacuate. The battle also laid the foundation for armistice negotiations. 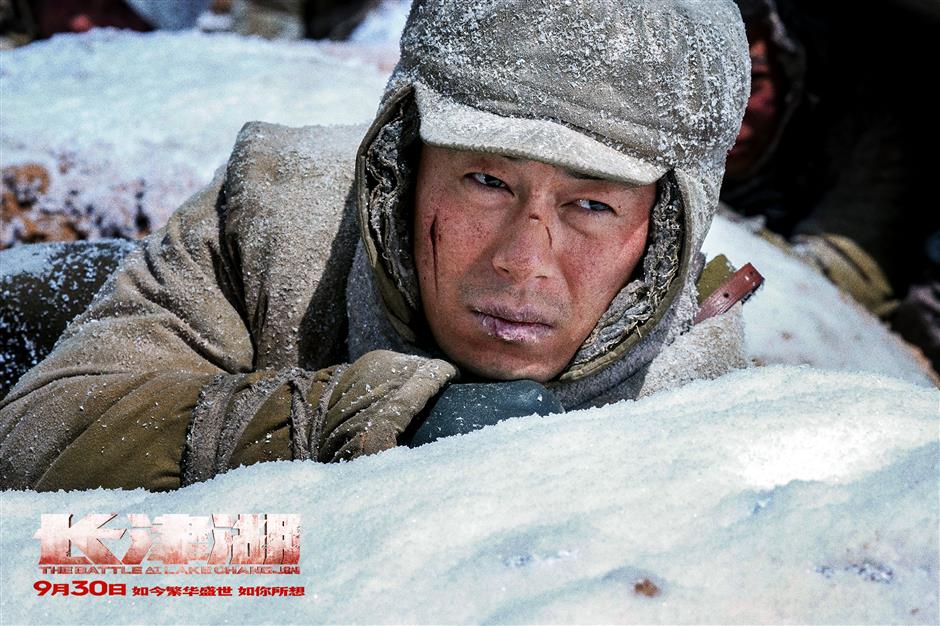 "The Battle at Lake Changjin" is set to hit the big screen on September 30.

Chen said it was both an honor and challenge to put this important historical event onto the big screen.

Tsui said they had to cope with many unexpected circumstances while shooting the film, such as sandstorms and hail.

Lam said it was worthwhile to shoot many of the scenes in icy cold weather, which makes the film more real and touching because that is what Chinese soldiers experienced in the winter of 1950.

According to Yu Dong, chairman of the Bona Film Group – the film's producer – the spirit and faith the film conveys are exactly what people need today.

"The hundreds of thousands of Chinese soldiers who died in the Korean War protected the country and its people with their young lives," said Yu. "Each of us should remember what the heroes sacrificed for peace and prosperity over the past decades."

Yu hopes the film becomes a classic of Chinese cinema, and will be seen by future generations.