Box office revenue for the weeklong National Day holiday from October 1 to 7 reached 4.387 billion yuan (US$680.4 million). In the history of Chinese cinema, it is an impressive performance, second only to that of the same period in 2019.

Movies shown during the holiday attracted more than 93 million viewers. The historical war epic "The Battle at Lake Changjin" topped the sales charts with around 3.2 billion yuan, followed by the heart-warming patriotic anthology "My Country, My Parents," which took in more than 900 million yuan.

Many movie buffs were moved to tears by the two movies about the sacrifice and devotion of past Chinese generations for a better and stronger country. People clapped their hands and saluted the heroes at the end of the films.

With a budget of more than 1.3 billion yuan, "The Battle at Lake Changjin" is the most expensive film in the history of Chinese cinema ever. War scenes from 71 years ago during the Korean War were recreated to portray the bravery of the Chinese People's Volunteers soldiers in spite of freezing temperatures. 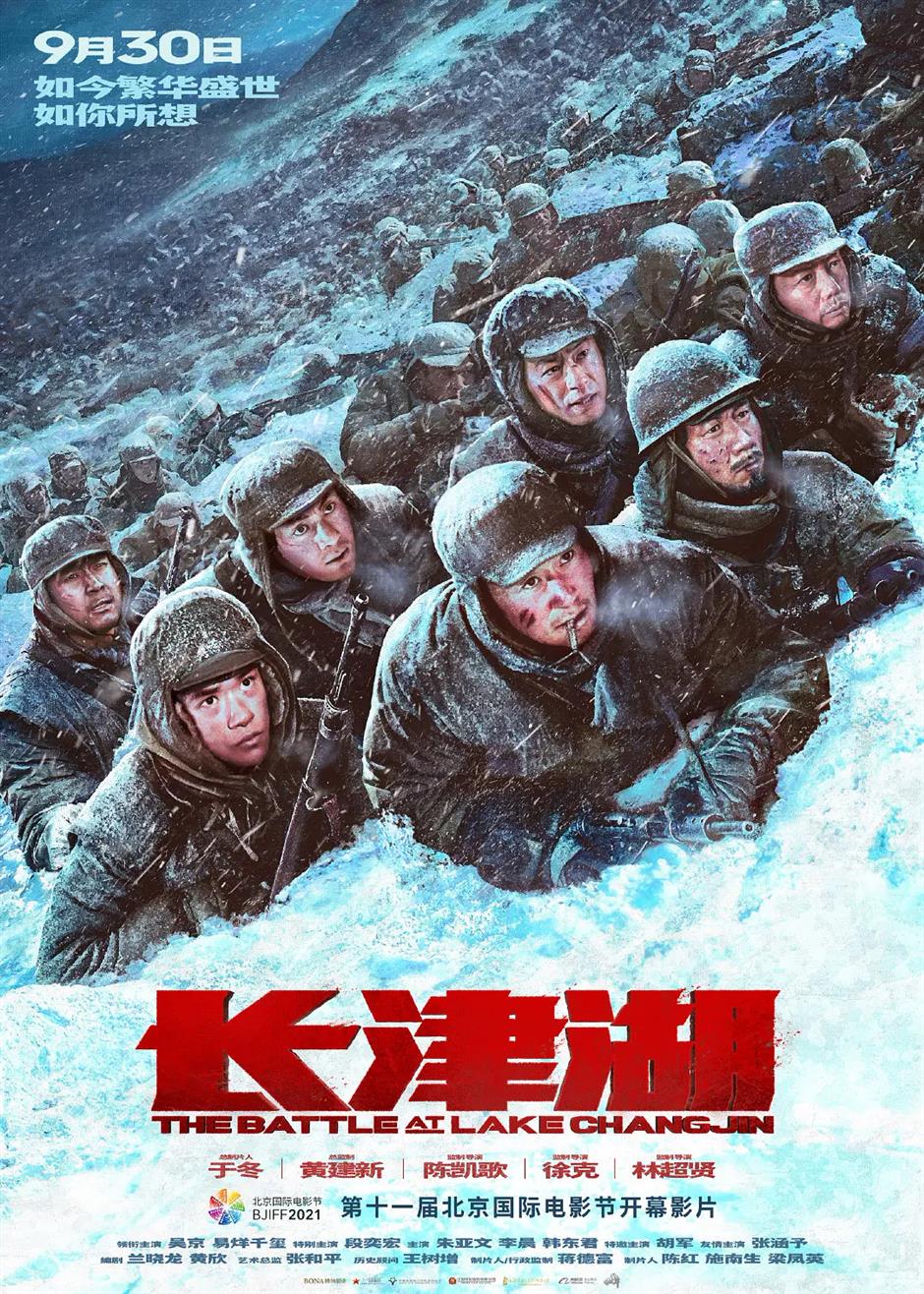 "The Battle at Lake Changjin"

Divided into four short stories, "My Country, My Parents" is centered on the historical changes in China and the struggles of ordinary Chinese families in different periods of time. It is the third installment in the "National Day Trilogy" following 2019's "My People, My Country" and 2020's "My People, My Homeland."

Movie buffs spoke highly of the two movies' artistry. Netizen "Feng Liang" commented on Douban that "The Battle at Lake Changjin" is the best war film he has ever seen in recent years.

"The scenes and characters in the film were so impressive," he said. "But for the sacrifice of the Chinese soldiers, we couldn't have the peace and prosperity of today. History shouldn't be forgotten."

Lou Ye's spy thriller film "Saturday Fiction" was released on October 15. Starring Gong Li and Mark Chao, the film follows a Chinese actress' return to Shanghai in 1941 to star in a stage play. However, her movements are kept under surveillance by various parties to uncover her true motivations for the trip. She has to make a choice that will change the world as she learns of Japan's planned attack on Pearl Harbor. In 2019, the black-and-white film was shown at the 76th Venice Film Festival. 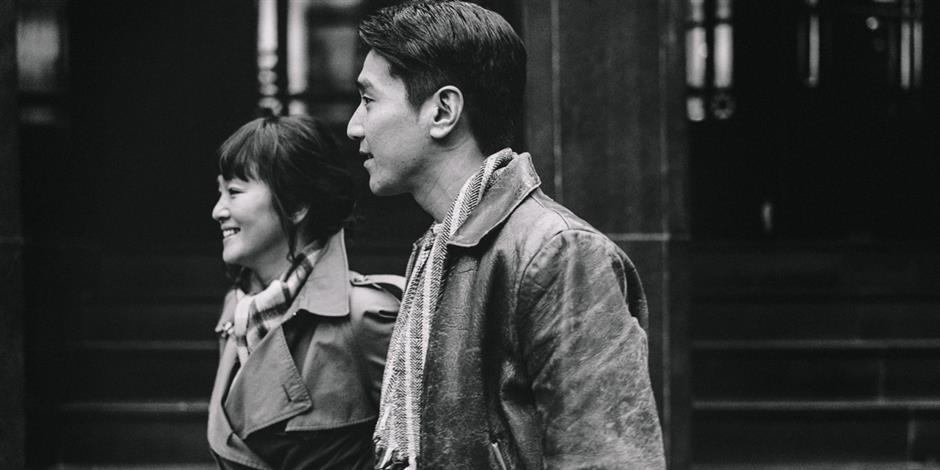 Hong Kong filmmaker Ann Hui's romance film "Love After Love," based on a novel by renowned writer Eileen Chang, will debut across China on October 22. The script was written by Wang Anyi, known for the novel "Everlasting Regret."

Starring Ma Sichun and Yu Feihong, the film is about a young woman who is used by her aunt to seduce rich and powerful men. It is director Hui's third film interpretation of Chang's novels following "Love in A Fallen City" (1984) and "Eighteen Springs" (1997). 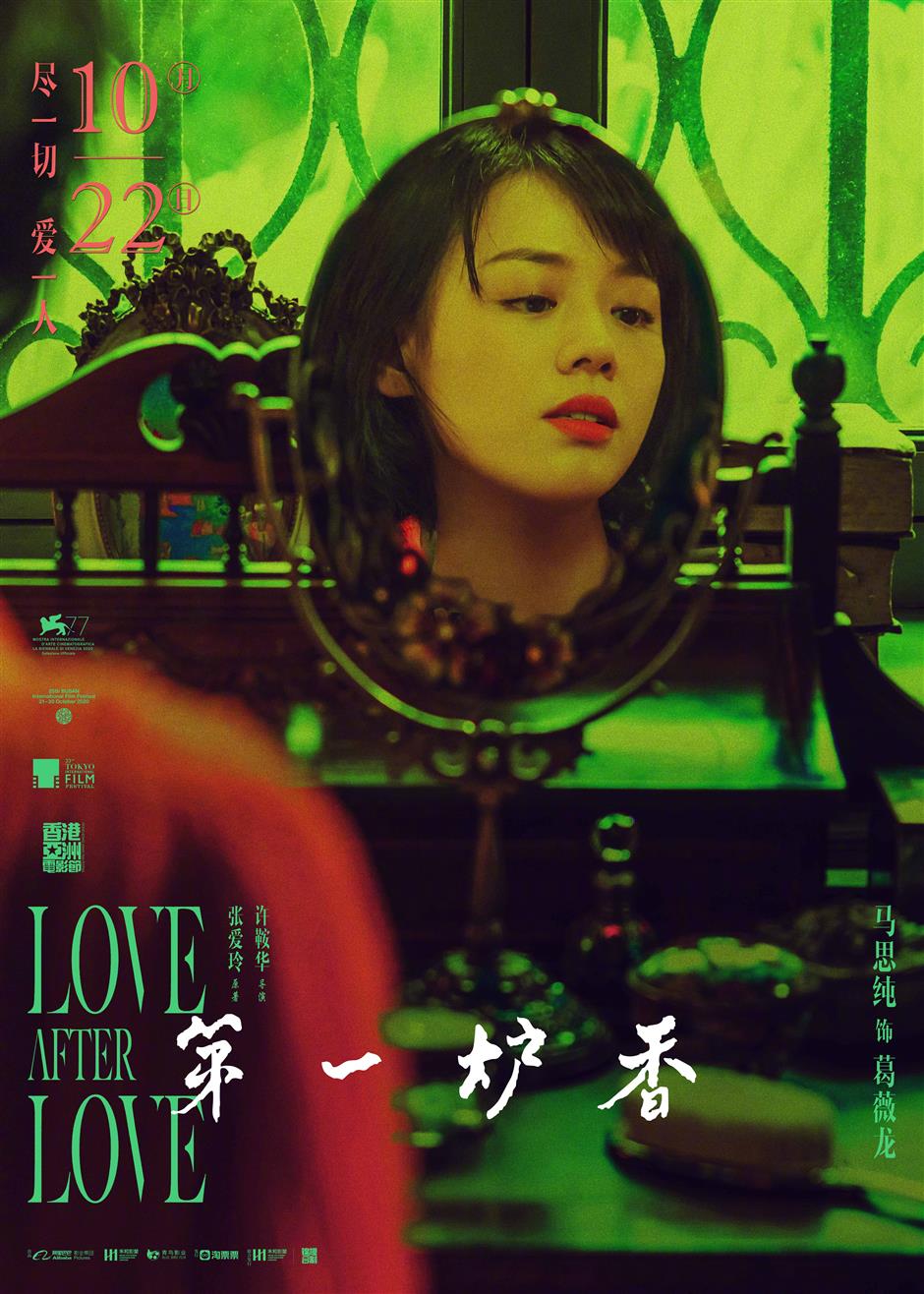 Sci-fi movie "Dune," adapted from American novelist Frank Herbert's bestselling work of the same name, will also be released on October 22. With spectacular scenes, the film follows a young man's efforts to protect a spice, the most valuable asset and vital element in the universe, after his noble family is betrayed. 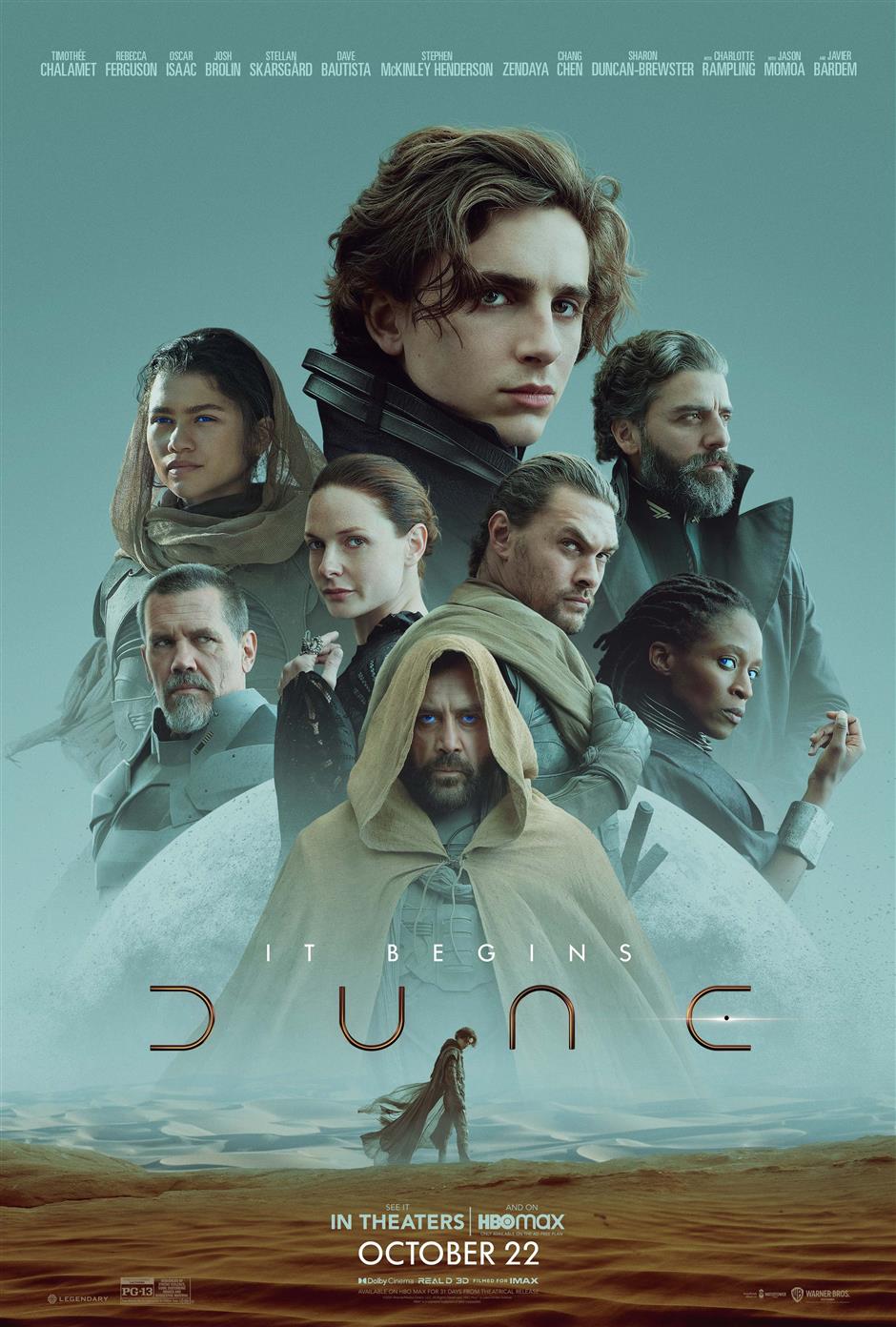 "No Time to Die," which will be released on October 29, is the latest James Bond installment starring Daniel Craig – his fifth and final Bond movie.

In this action-packed tour de force, Bond has left active service, but his tranquil life in Jamaica quickly comes to an end when an old friend from the CIA asks him for help. His mission is to rescue a kidnapped scientist. However, he has to face a mysterious villain and dangerous new technologies.