The multimedia spectacular show, "Era – Spirit of Shanghai," has been hailed for its blend of Chinese acrobatics, extreme sports and dance along with Western theater, as well as a distinctive storyline and spectacular scenes that are full of Chinese elements.

In the second season of "Era," the show has already put on more than 60 performances and attracted around 30,000 people since the premiere on July 31.

On Sunday night, participants of the 9th World Forum on China Studies, which opens today, watched the show at the Shanghai Circus World. 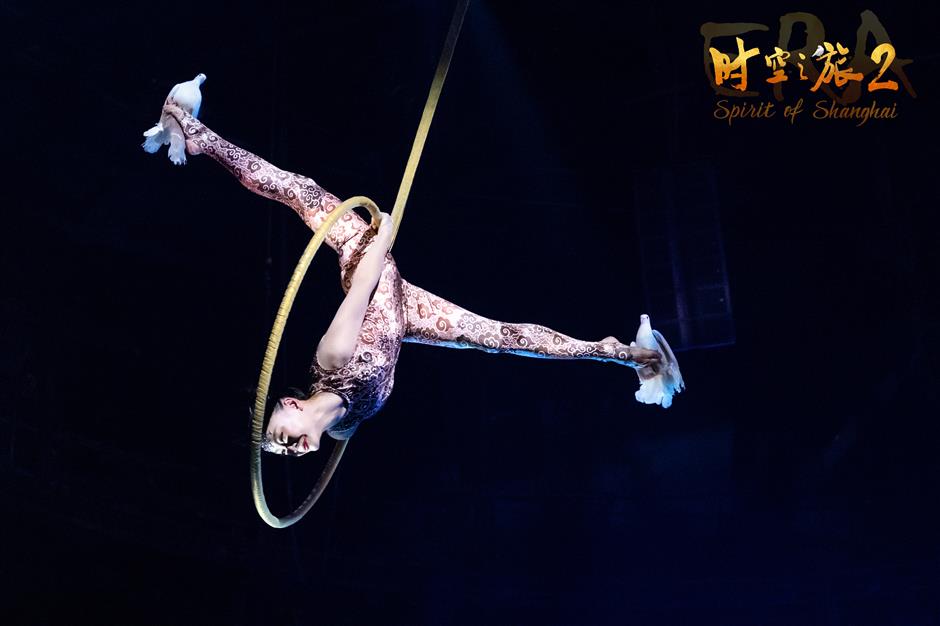 "Era – Spirit of Shanghai" is a blend of Chinese acrobatics, extreme sports and dance along with Western theater.

A joint effort of a French choreography team and Chinese artists, the show unveils the culture, charm and traditions of Shanghai through a young couple's tour around the city.

Compared with the first season, the new show features a complete and romantic storyline and incorporates avant-garde stage technologies and improvisational comedy to present an immersive viewing experience.

The first season of "Era" was a huge success. During its 15-year run since September 2005, more than 5 million people from home and abroad watched the show and 600 million yuan (US$93 million) worth of tickets were sold. 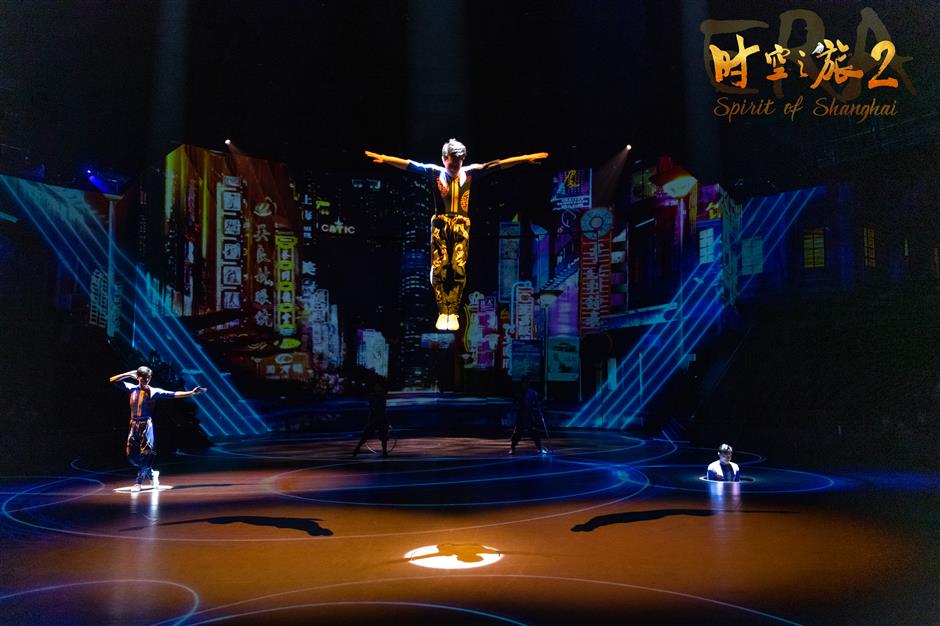 The show unveils the culture, charm and traditions of Shanghai.

The second season is also expected to be a new cultural brand and a must-see spectacle of the city.

Many places in Shanghai such as buildings, parks and squares have inspired the show, according to French director Alain Pacherie.

"Messenger of Peace," one of the eye-catching performances in the show, presents a romantic and poetic scene of an artist's aerial dance with pigeons. It took Shanghai Acrobatic Troupe about five years to prepare the act which it hopes will convey peace and love.

The troupe's representative "Russia Bar" performance, which has won many awards worldwide, is also featured in the show. Artists continuously do complicated movements as they jump high and fall on the bar with a width of only 20 or so centimeters.

The show's costumes are an exquisite combination of French and ancient Chinese fashion. Original music of varied styles such as ballad, hip-hop and tango are created for each act. 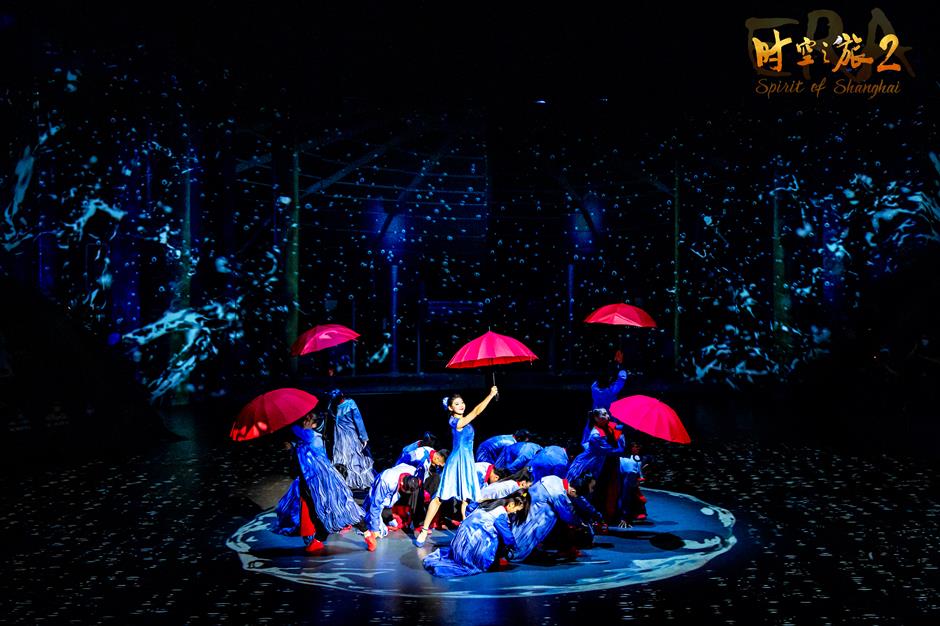 The show features a romantic storyline.

Theatergoer Su Su was amazed by the show's breathtaking acts and stunning stage effects of lighting and holographic projection.

"I had an unforgettable viewing experience," said Su. "The show adds a modern flavor to the history and culture of the city."

The show is staged on Saturdays and Sundays. In the future, it will start its daily run as a new resident show at the Shanghai Circus World. 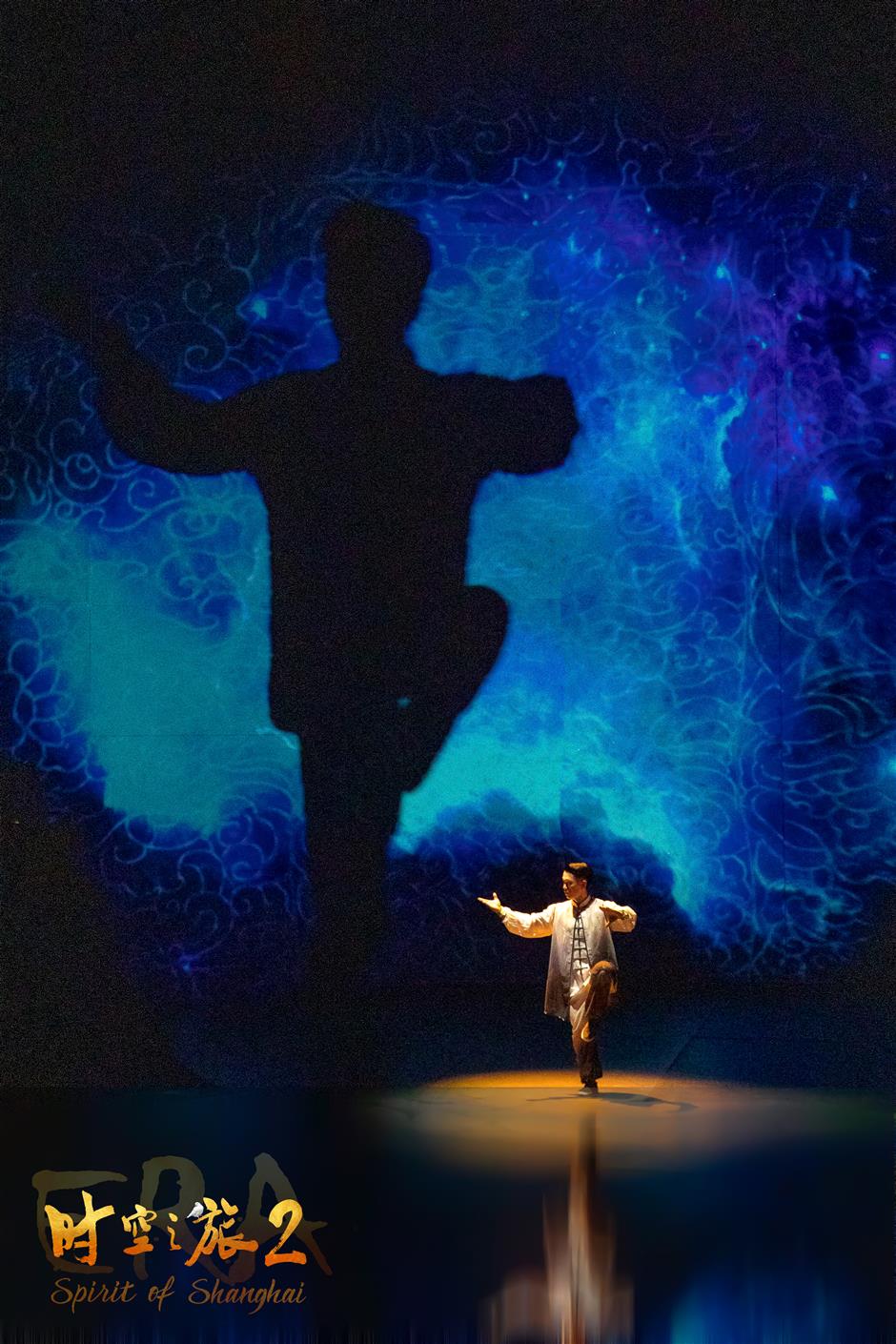 The show is full of Chinese elements. 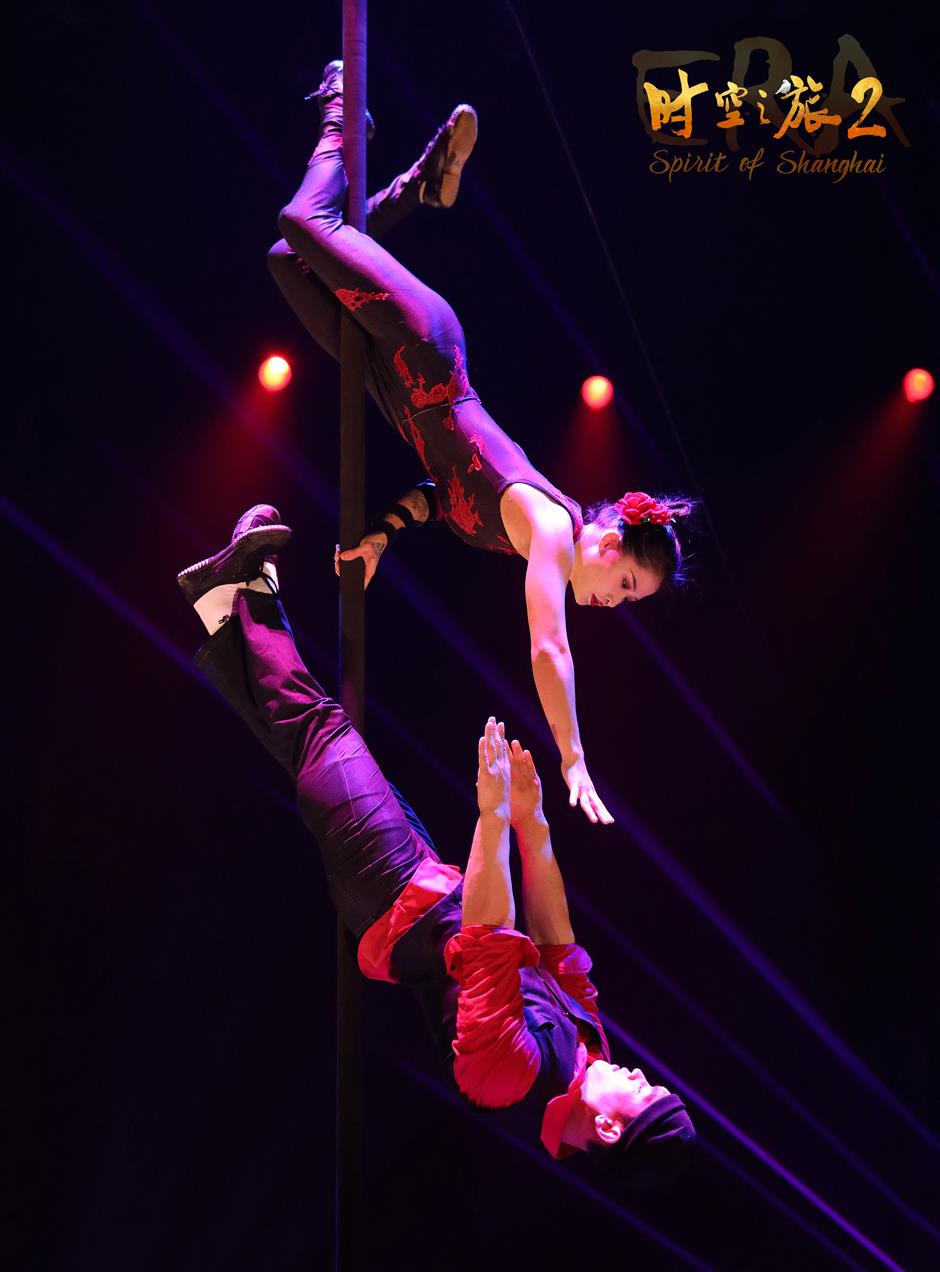 The show has been hailed for its spectacular scenes.