To commemorate the 100th anniversary of the founding of the Communist Party of China, the Shanghai Yueju Opera Company has produced four short films – "Rebirth," "She!," "Song of the Fisherman" and "Young Hero."

Each of the four movies runs for 20 to 30 minutes, and all were filmed by young directors. Young critics and art college teachers have been involved in scriptwriting and subject development.

Ever since the release of the Yueju Opera film "The Butterfly Lovers" in 1954, many classic Yueju Opera plays have been adapted into movies, such as "A Dream of Red Mansions," "The West Chamber" and "Sister Xianglin."

However, this is the first time young Yueju Opera directors and actors have made short films. They have overcome the differences between stage art and filmmaking and broadened their vision for artistic creation.

"Young Hero" is centered on the efforts of 13-year-old Ouyang Li'an – a CPC messenger distributing secret letters and publications to contact points. He put himself at risk to protect others on multiple occasions, and was killed by the enemies at the age of 17. 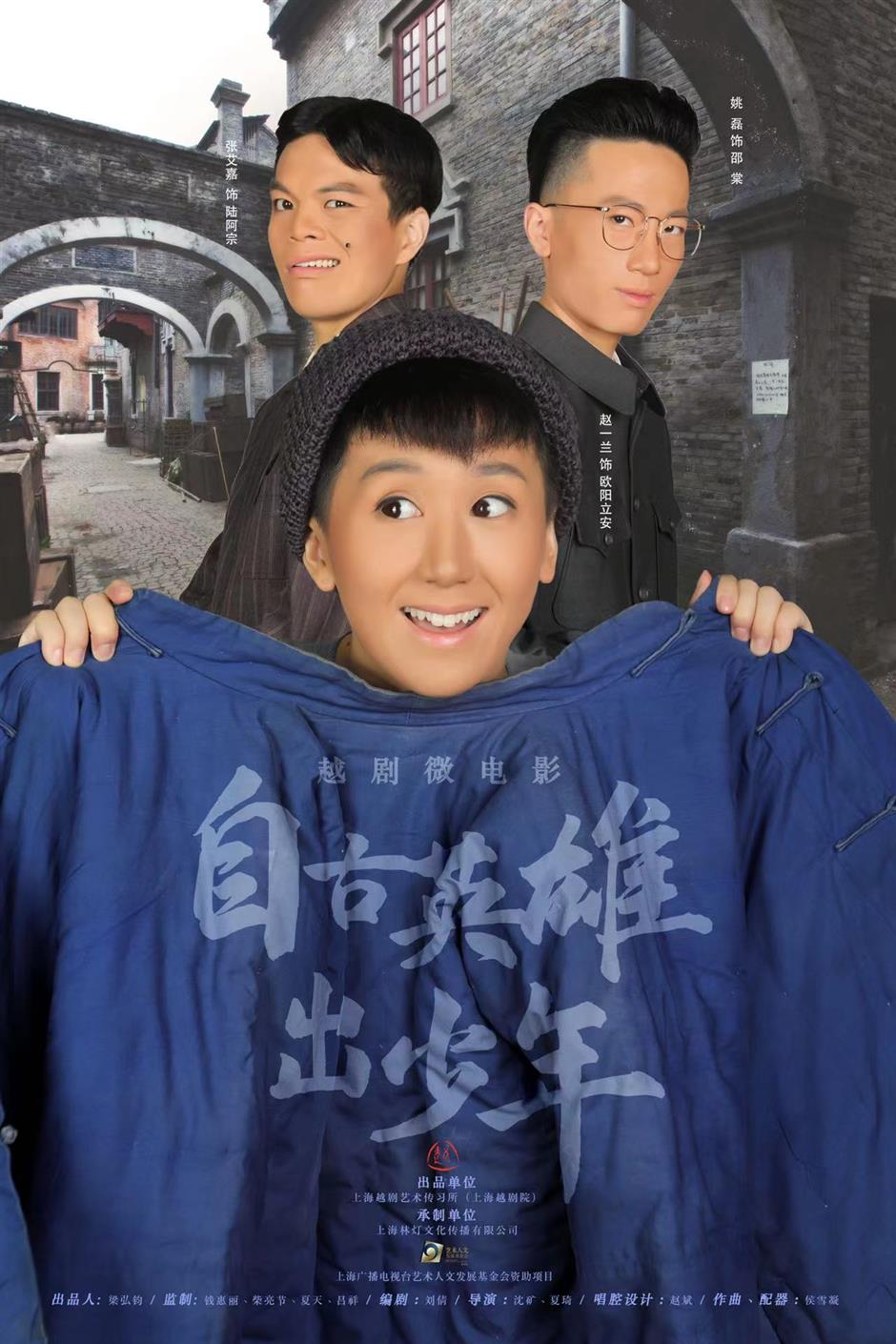 Shen Kuang, one of the film's directors, said the heroic story of the young man should be remembered.

"We combined stage performing arts with film art to explore a new road of creation for traditional theaters," Shen said. "In my eyes, emotion is the soul of art while rhythm gives it life."

"She!" focuses on Xiang Jingyu's 1925 speech about the emancipation of women and saving the nation through education. Xiang, a pioneer of the women's liberation movement and one of the earliest female CPC activists, founded China's national women's organization. She was executed in 1928 at the age of 33.

According to co-director Zhu Yanming, the film was shot in the form of monodrama at the theater to depict Xiang's body language and personal charisma at delivering the speech. It also provides insights into her different life phases.

Zhu Yang, a performer with the Shanghai Yueju Opera Company, was grateful for the opportunity to portray Xiang, although the character's long monologues were a challenge. 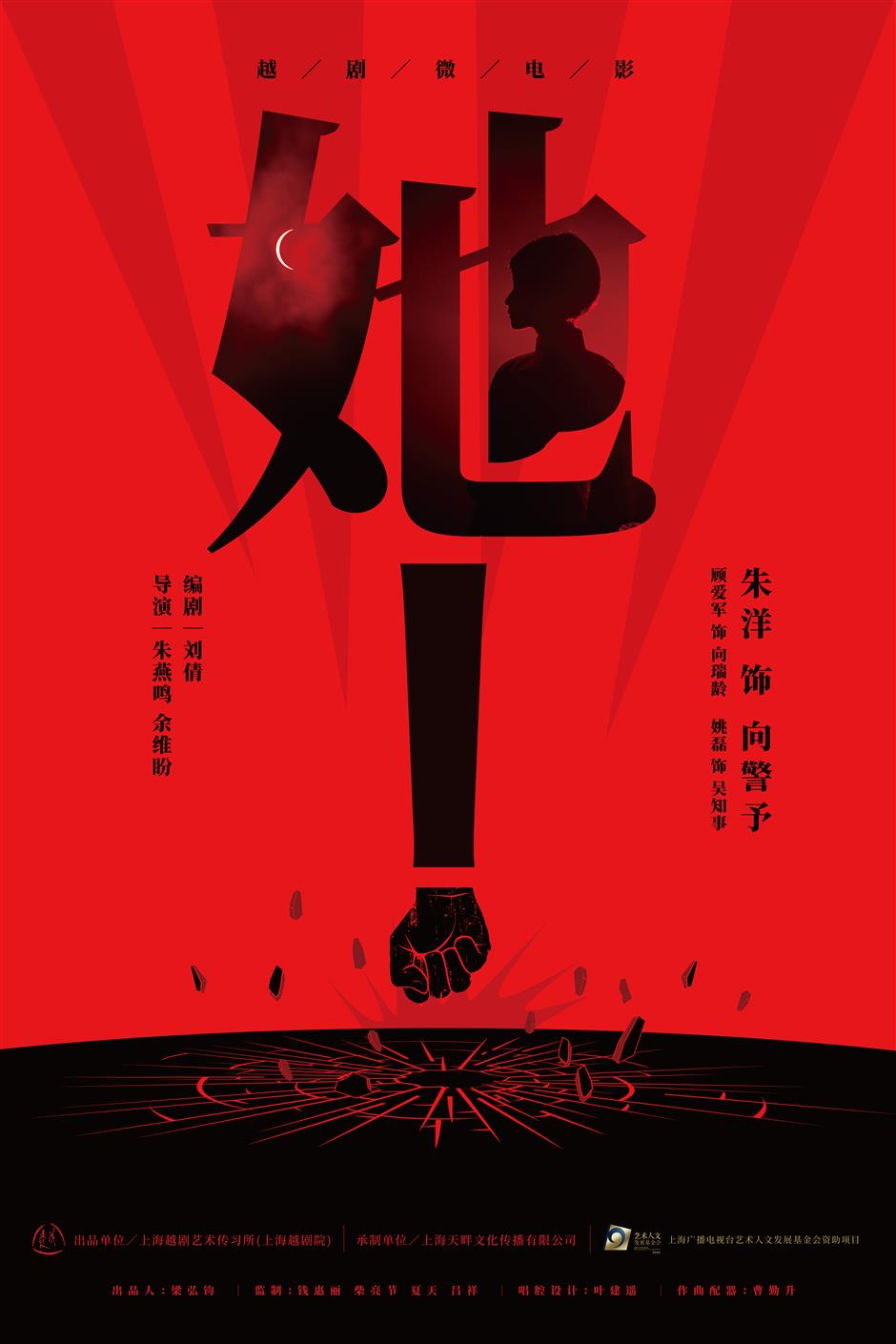 "Song of the Fisherman" tells the story of composer Ren Guang, who wrote the score for the film of the same name in 1934. During his life, he created dozens of revolutionary songs and gave people the courage to stand up for what they believed.

In January of 1941, Ren was shot during the South Anhui Incident launched by the Kuomintang army and died at the age of 40.

"Music is a good way to connect the virtuality of traditional opera and the realism of movies," said An. 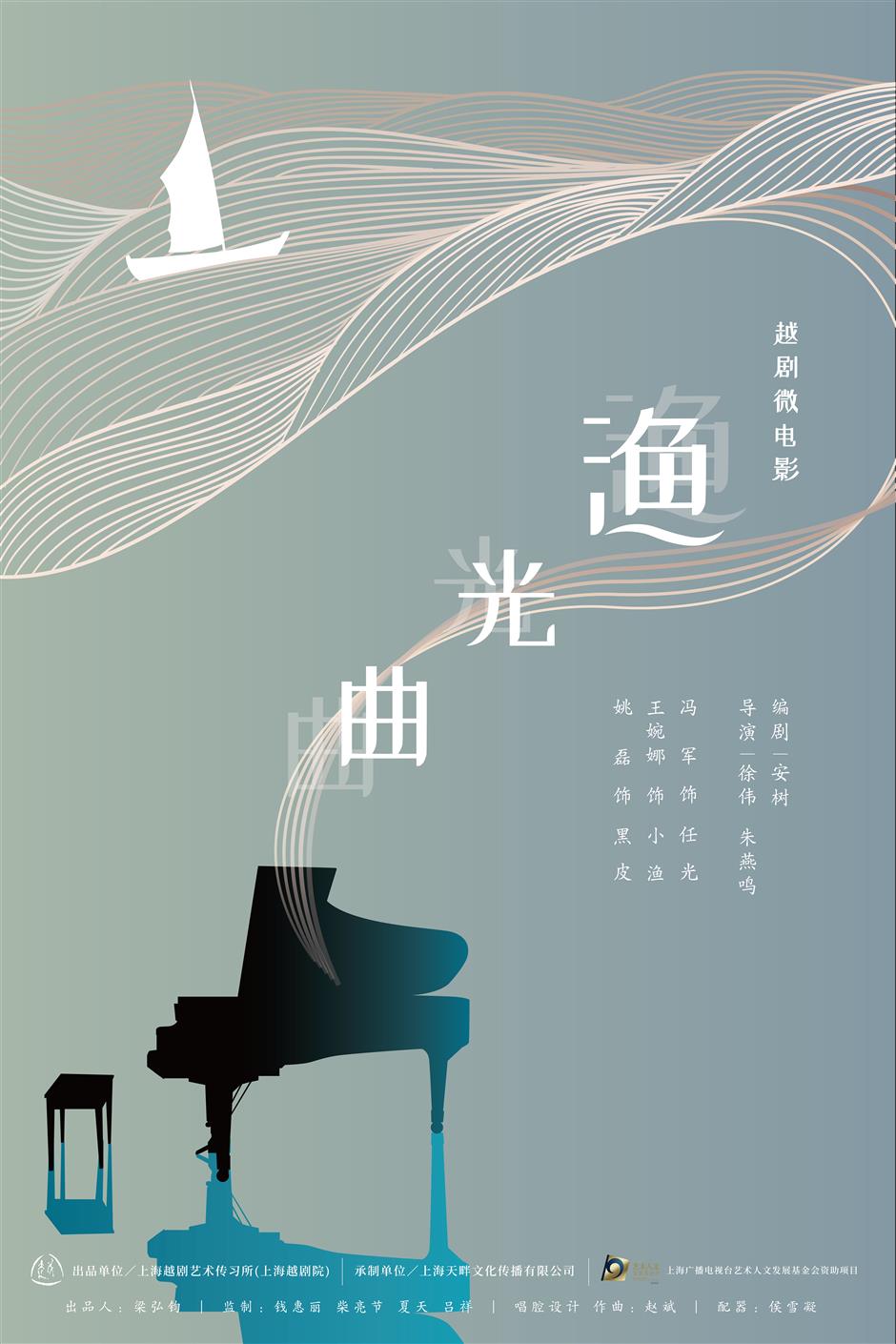 "Song of the Fisherman"

In "Rebirth," Chen Yuying, daughter of Chen Duxiu – one of main founders of the Communist Party of China – pays visits to the Longhua Martyrs Memorial to mourn her brothers Chen Yannian and Chen Qiaonian. She recalls their words, adversities and struggles growing up as young revolutionaries.

Production of the four movies received financial support from the Longhua Martyrs Memorial and Shanghai Media Group's Art Cultural Development Foundation. The movies are available on the Shanghai Yueju Opera Company's WeChat account. They will also be broadcast to a wider audience on the Traditional Chinese Opera Channel of SMG, Bilibili, BesTV and other streaming platforms. 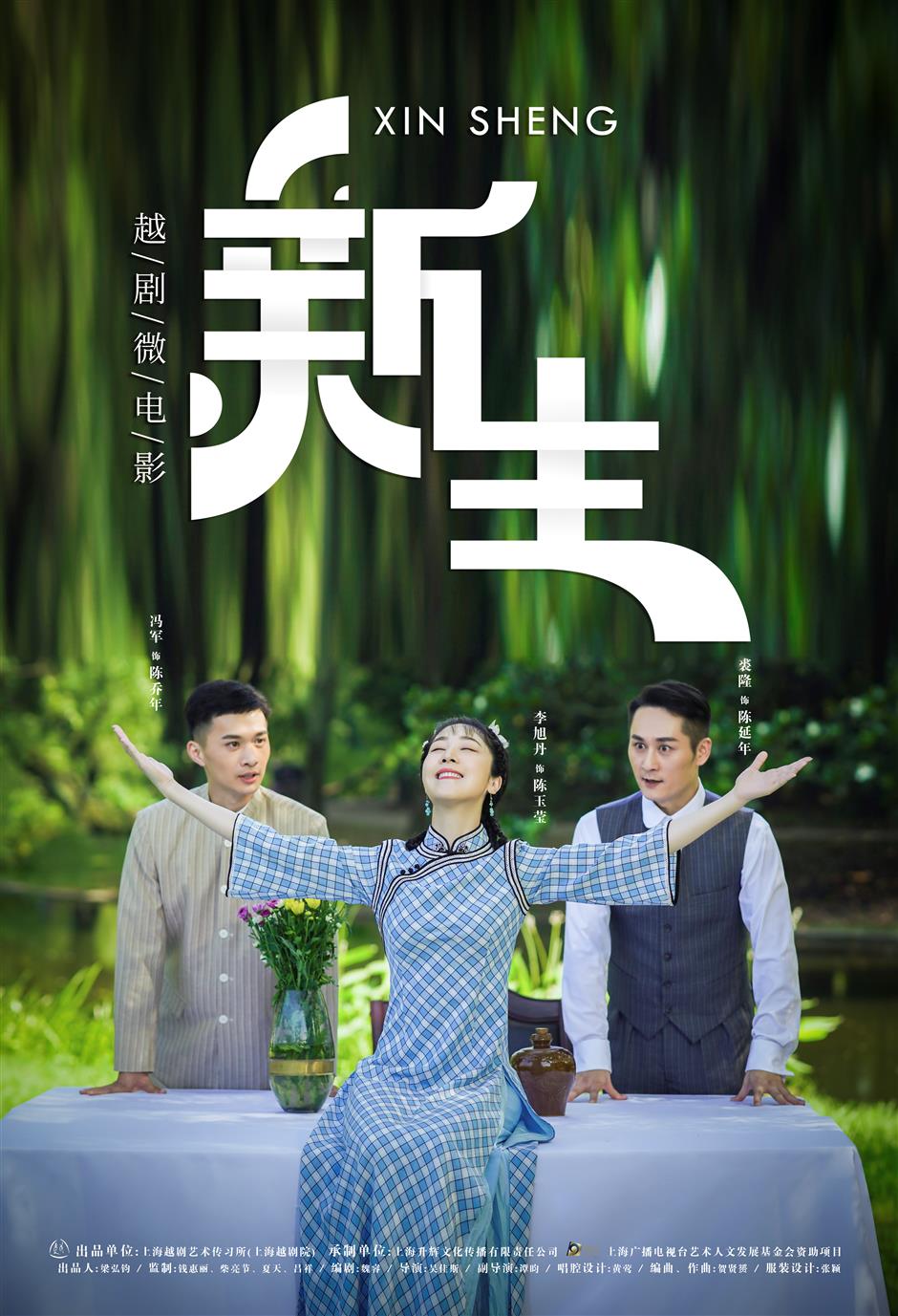 Yueju short film "Rebirth" is based on the recounts of a sister in memory of her two brothers who died for their faith.