A childless older couple finds an abandoned child on their doorstep and adopts him. They name the child Niu Tianci and spoil him. He attends the best schools but learns little.

The mother wants him to become a government official; the father expects him to take over his business. When the couple dies, Niu is lost and alone, struggling to fit into society.

The 1934 novel "Niu Tianci" by Chinese author Lao She has enchanted audiences since it was adapted into the award-winning drama of the same name in 2019. The Shanghai Oriental Art Center kicked off the new year by staging the play with an all-male cast and puppets, while retaining its iconic Beijing essence. 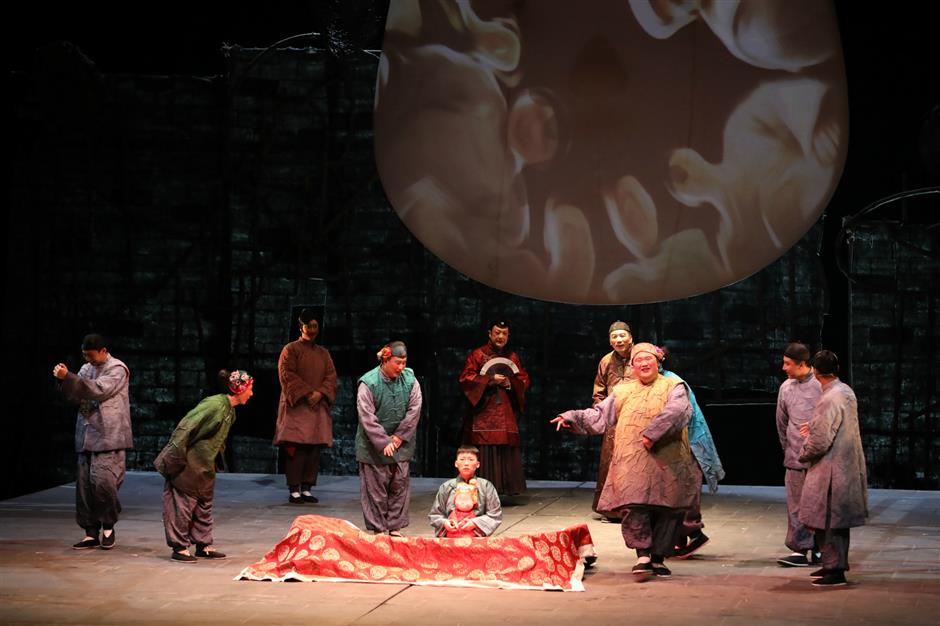 "Niu Tianci" is adapted from a 1934 novel by Chinese author Lao She.

It's the sixth time director and playwright Fang Xu has adapted works by Lao She, one of the giants of 20th century Chinese literature, famous for his portrayal of working-class life in Beijing and his use of Beijing dialect.

When the play premiered in the capital two years ago, theatergoers were drawn to the box office by lead actor Guo Qilin, son of crosstalk celebrity Guo Degang. But even as casts shifted, the drama became a theater favorite, winning Play of the Year and Best Scenic Design at the 2021 One Drama Awards.

In the most recent production, Niu Tianci's childhood is portrayed by a puppet held by young actor Ren Yuebin, who stars in the title role.

This is the third time director Fang staged his play with an all-male cast. The practice is not uncommon in traditional Chinese opera, dating back to the Qing Dynasty (1644-1911) when women were prohibited from performing on stage.

Indeed, the practice was common in ancient Greece and the Renaissance. Often the cross-dressing produces humorous effects. About 10 years ago, British actor Mark Rylance won a Tony Award for his cross-gender performance as Olivia in Shakespeare's "Twelfth Night" at the Globe Theatre.

But for Fang, merrymaking is not the only reason behind his casting choice, as the director explained in an interview with Shanghai Daily. 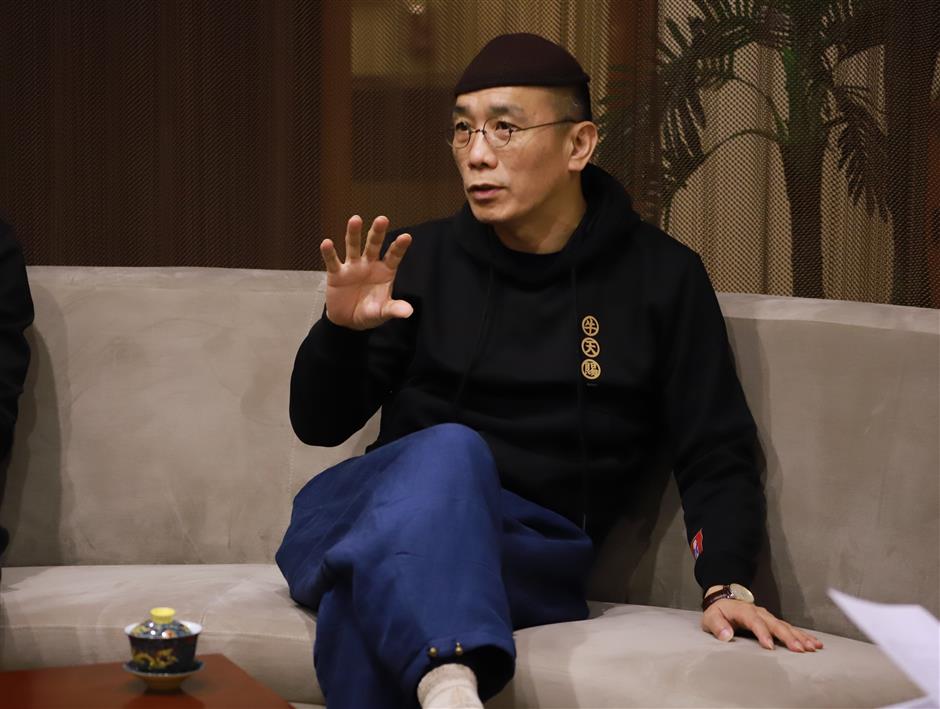 Q: Casting male actors in female roles, is it for the comedy effect?

A: Not really. Sometimes a man can bring out a woman's characteristics and peculiarities more easily because he observes them objectively. There are certain feminine features that an actress might overlook but a male actor can capture. An all-male cast might not suit the movies, but it suits the stage very well.

Q: Why did you choose this particular Lao She story?

A: It has to do with my personal experience. I have six toes on my left foot, so I was often mocked by schoolmates when I was growing up. I resonate with Niu Tianci and understand his character very well.

I think Lao She is describing much more than an individual's life in this novel. Niu represents a declining class of Chinese people in the late Qing Dynasty. It's a hard topic to discuss with modern audiences. I would rather they experience the play from the angle of education. Niu's parents have different expectations and educational methods, but they don't match Niu's own thinking and personal values. Education is universal topic, no matter what the era. 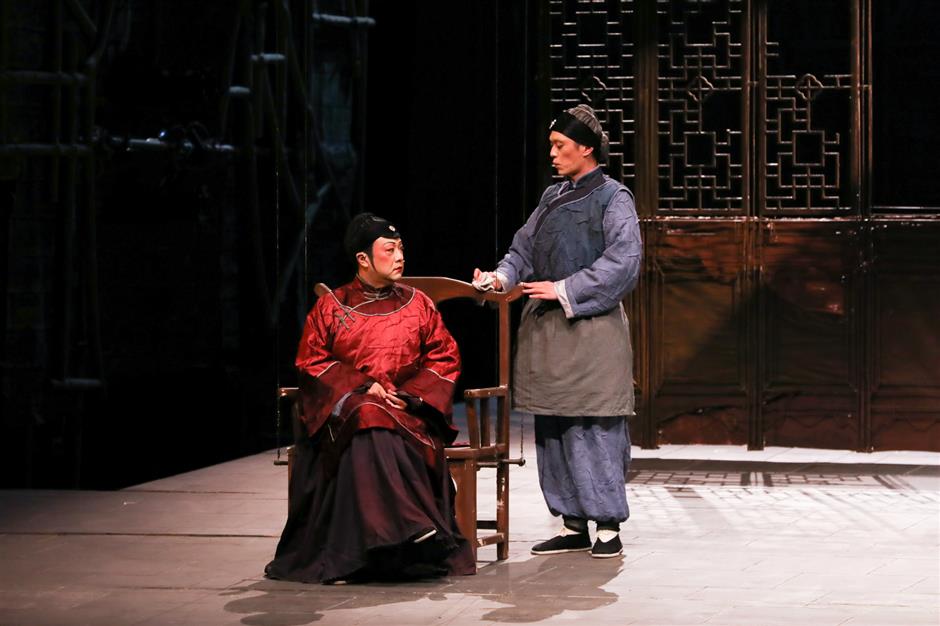 The play features an all-male cast in cross-dressing performances.

Q: A lot of people say this play, as well as your previous works, has a strong "Old Beijing flavor." How do you keep that essence alive in contemporary theater?

A: Language is very important, and dialect is a very distinguishing feature. Lao She wrote about Beijing people and their lives, so the performers have to be like locals and talk like locals. If a non-Shanghainese starts talking in your dialect, you can spot it immediately.

I'm not a big fan of the new trend of dazzling stage effects. This is the first time I used projection in a play, which is to enlarge the rich facial expressions of a child. To me, the performer is the center and core of a stage. I use stage effects only when they can assist a performer.

Q: Do Beijing and Shanghai audiences react differently to your "Beijing flavor" plays?